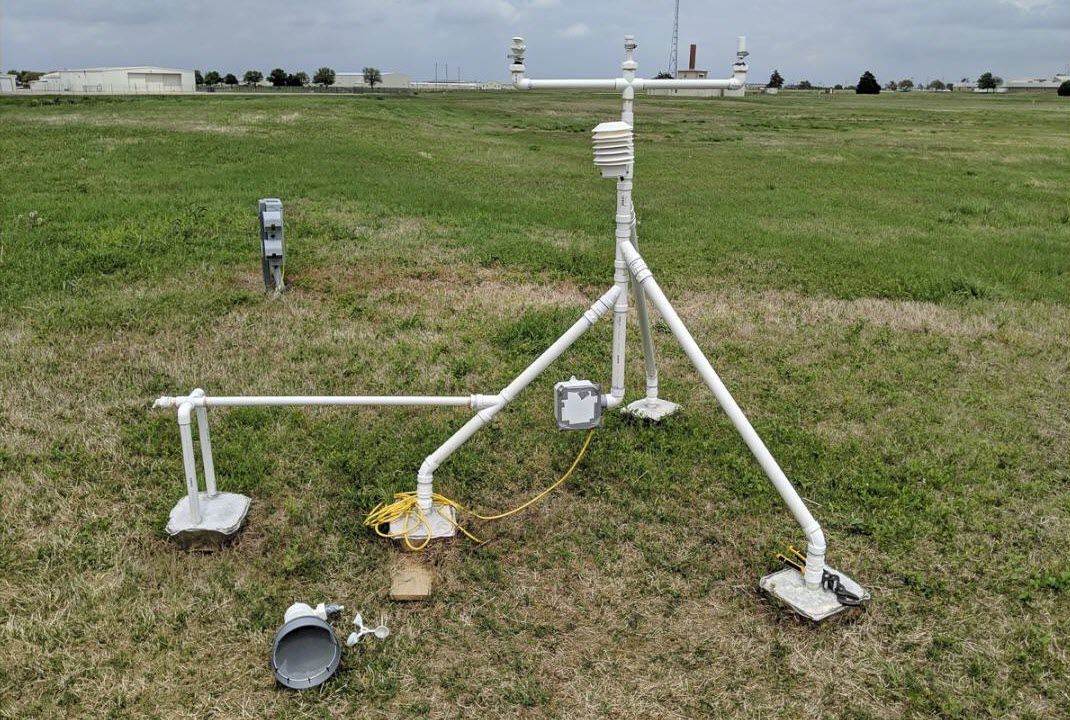 Across the United States, weather stations made up of instruments and sensors monitor the conditions that produce our local forecasts, like air temperature, wind speed and precipitation. These systems aren't just weather monitors, they are also potent tools for research on topics from farming to renewable energy generation.

Commercial weather stations can cost thousands of dollars, limiting both their availability and thus the amount of climate data that can be collected. But the advent of 3D printing and low-cost sensors has made it possible to build a weather station for a few hundred dollars. Could these inexpensive, homegrown versions perform as well as their pricier counterparts?

The answer is yes—up to a point, according to researchers, who put a 3D-printed weather station to the test in Oklahoma. Adam K. Theisen, an atmospheric and Earth scientist at the US Department of Energy's (DOE) Argonne National Laboratory, led the project, which compared the printed station with a commercial-grade station for eight months to see whether it was accurate and how well it could hold up against the elements.

Three-dimensional printing uses digital models to produce physical objects on the fly. Its low cost and the ability to print parts wherever you can lug a printer could help expand the number of these stations, helping to bring data collection to remote areas and educate tomorrow's researchers.

A team at the University of Oklahoma followed the guidance and open source plans developed by the 3D-Printed Automatic Weather Station (3D-PAWS) Initiative at the University Corporation for Atmospheric Research to print over 100 weather station parts. Instead of using polylactic acid, more commonly used in 3D printing, they turned to acrylonitrile styrene acrylate, a type of plastic filament considered more durable outdoors. Coupled with low-cost sensors, the 3D-printed parts provide the basis for these new systems, which the 3D-PAWS Initiative established as promising in earlier experiments.

"In order for this to get more widespread adoption, it has to go through verification and validation studies like this," Theisen said.

While the 3D-printed system did start showing signs of trouble about five months into the experiment—the relative humidity sensor corroded and failed, and some parts eventually degraded or broke—its measurements were on par with those from a commercial-grade station in the Oklahoma Mesonet, a network designed and implemented by scientists at the University of Oklahoma and at Oklahoma State University.

"I didn't expect that this station would perform nearly as well as it did," said Theisen. "Even though components started to degrade, the results show that these kinds of weather stations could be viable for shorter campaigns."

Theisen, who was based at the University of Oklahoma when the research began, continued to oversee the effort after joining Argonne.

In the experiment, the low-cost sensors accurately measured temperature, pressure, rain, UV, and relative humidity. With the exception of a couple of instruments, the plastic material held up in the Oklahoma weather from mid-August 2018 to mid-April the following year, a period that saw strong rainstorms, snow and temperatures ranging from 14 to 104°F (-10 to 40°C). A 3D-printed anemometer, which measures wind speed, did not perform as well, but could be improved partly with better printing quality.

The project, which was led by undergraduate students at the University of Oklahoma, confirmed both the accuracy of a 3D-printed weather station and its value as an education tool.

"The students learned skill sets they would not have picked up in the classroom," Theisen said. "They developed the proposal, designed the frame, and did most of the printing and wiring."

The ability to print specialized components could make weather stations more feasible in remote areas because replacement parts could be fabricated right away when needed. And even if a cheaper sensor breaks after a few months, the math still works out for a low budget.

"If you're talking about replacing two or three of these inexpensive sensors versus maintaining and calibrating a $1,000 sensor every year, it's a strong cost-benefit to consider," noted Theisen.