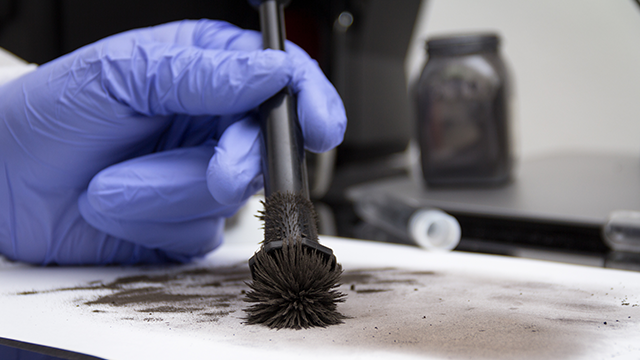 Credit: iStock
Led by a University of Sydney law and psychology expert, an international group of researchers are calling for forensic science to become more open in the interests of justice.

A study of 30 forensic science journals unearthed the fact that their research findings could be flawed, due to opaque methodologies. These findings are often relied on by prosecutors, meaning they could lead to distorted criminal verdicts.

According to the US Innocence Project, unvalidated or improper forensic science has been a factor in nearly half of wrongful convictions in the US that have been overturned by DNA evidence. In Australia, this proportion is an estimated 31 percent.

Because of this, Dr. Jason Chin, a law and psychology lecturer at Sydney Law School, wants forensic science to be more transparent. In a new paper published in the Journal of Law and the Biosciences, of which he is the lead author, he and his colleagues, Gianni Ribeiro from the University of Queensland and Alicia Rairden from Houston Forensic Science Center find that forensic science research is conducted behind closed doors, making it impossible to verify published results.

They came to this conclusion after studying 30 forensic science journals.

“We found that these journals aren’t requiring authors to conduct their research transparently, such as by posting their data online for others to scrutinise. These are the closed practices that in other fields contributed to studies showing medicines worked when they didn’t but in forensics, this science is used to put people behind bars,” Dr. Chin said.

“This inequity is heightened when the foundational science behind the state’s case was conducted opaquely and published in paywalled journals (and then applied in crime labs, which have been described as ‘organizational black boxes’).”

“Fingerprint identification, for instance, which began to be used in US courts in 1911, was only scientifically verified over the last two decades,” he said.

“Perhaps not surprisingly, the widespread admission of untested, invalid, or misleading forensic evidence has contributed to several wrongful convictions.”

The perils of closed science

Even with basic scientific research protocols in place, such as validation testing and blinding—where study participants are prevented from knowing certain information that may somehow influence them—findings can be warped by individual biases, as well as other factors.

“One good example of this was a case from 2016, when researchers tried to replicate 100 studies published in three of the top psychology journals. Only a third were reproducible to a statistically certain standard,” Dr. Chin said.

“Openness is one fix for this. Removing journal paywalls, for example, can prompt more widespread verification of results.”

When applied to forensic science, however, transparency roadblocks are apparent. “An immediate and fundamental challenge facing forensic science is establishing the validity of many of its methodologies, many of which are subjective,” Dr. Chin said.

“That being said, forensic science is moving towards developing and validating objective methods. Great strides, for instance, have been made using automated image analysis to perform fingerprint identification.”

The culture of forensic science, “which tends to resist admitting errors”; financial costs; and, most significantly, privacy and security concerns, challenge the notion of open forensic science. Yet, according to Dr. Chin and his colleagues, these challenges are surmountable.

Declaration: This research was funded by the University of Queensland.