People flex and bend. Too bad their gadgets can't. Now an experimental battery described in the Nov. 26 edition of Nature Communications promises to do just that. Shown here powering a tiny light, the soft battery maintained a constant power output even when stretched to nearly two times its original length. In laboratory tests it also provided consistent power when squeezed, folded, and stretched multiple times. A team led by graduate student David Mackanic, in the lab of Stanford chemical engineer Zhenan Bao, is currently refining its design to generate more power and to prove that the technology can work outside the lab. BAO LAB, STANFORD ENGINEERING

Electronics are showing up everywhere: on our laps, in pockets and purses and, increasingly, snuggled up against our skin or sewed into our clothing.

But the adoption of wearable electronics has so far been limited by their need to derive power from bulky, rigid batteries that reduce comfort and may present safety hazards due to chemical leakage or combustion.

Now Stanford University researchers have developed a soft and stretchable battery that relies on a special type of plastic to store power more safely than the flammable formulations used in conventional batteries today.

"Until now we haven't had a power source that could stretch and bend the way our bodies do, so that we can design electronics that people can comfortably wear," said chemical engineer Zhenan Bao, who teamed up with materials scientist Yi Cui to develop the device they describe in the Nov. 26 edition of Nature Communications.

The use of plastics, or polymers, in batteries is not new. For some time, lithium ion batteries have used polymers as electrolytes—the energy source that transports negative ions to the battery's positive pole. Until now, however, those polymer electrolytes have been flowable gels that could, in some cases, leak or burst into flame.

To avoid such risks, the Stanford researchers developed a polymer that is solid and stretchable rather than gooey and potentially leaky, and yet still carries an electric charge between the battery's poles. In lab tests the experimental battery maintained a constant power output even when squeezed, folded, and stretched to nearly twice its original length.

The prototype is thumbnail-sized and stores roughly half as much energy, ounce for ounce, as a comparably sized conventional battery. Graduate student David Mackanic said the team is working to increase the stretchable battery's energy density, build larger versions of the device and run future experiments to demonstrate its performance outside the lab. One potential application for such a device would be to power stretchable sensors designed to stick to the skin to monitor heart rate and other vital signs as part of the BodyNet wearable technology being developed in Bao's lab. 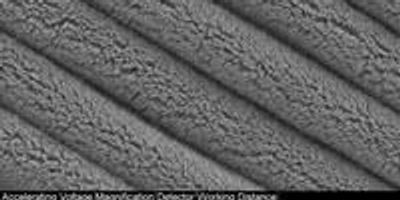 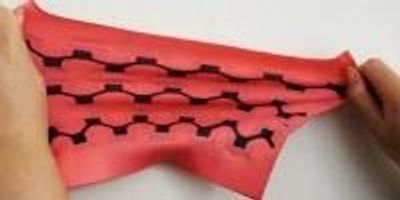 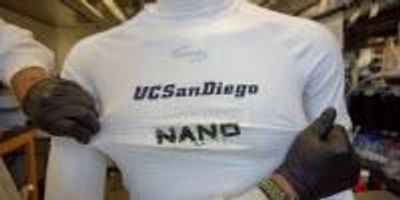 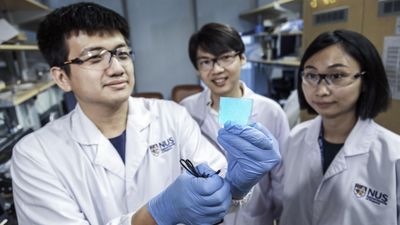 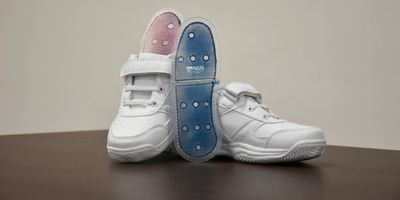 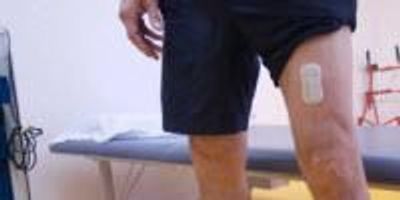