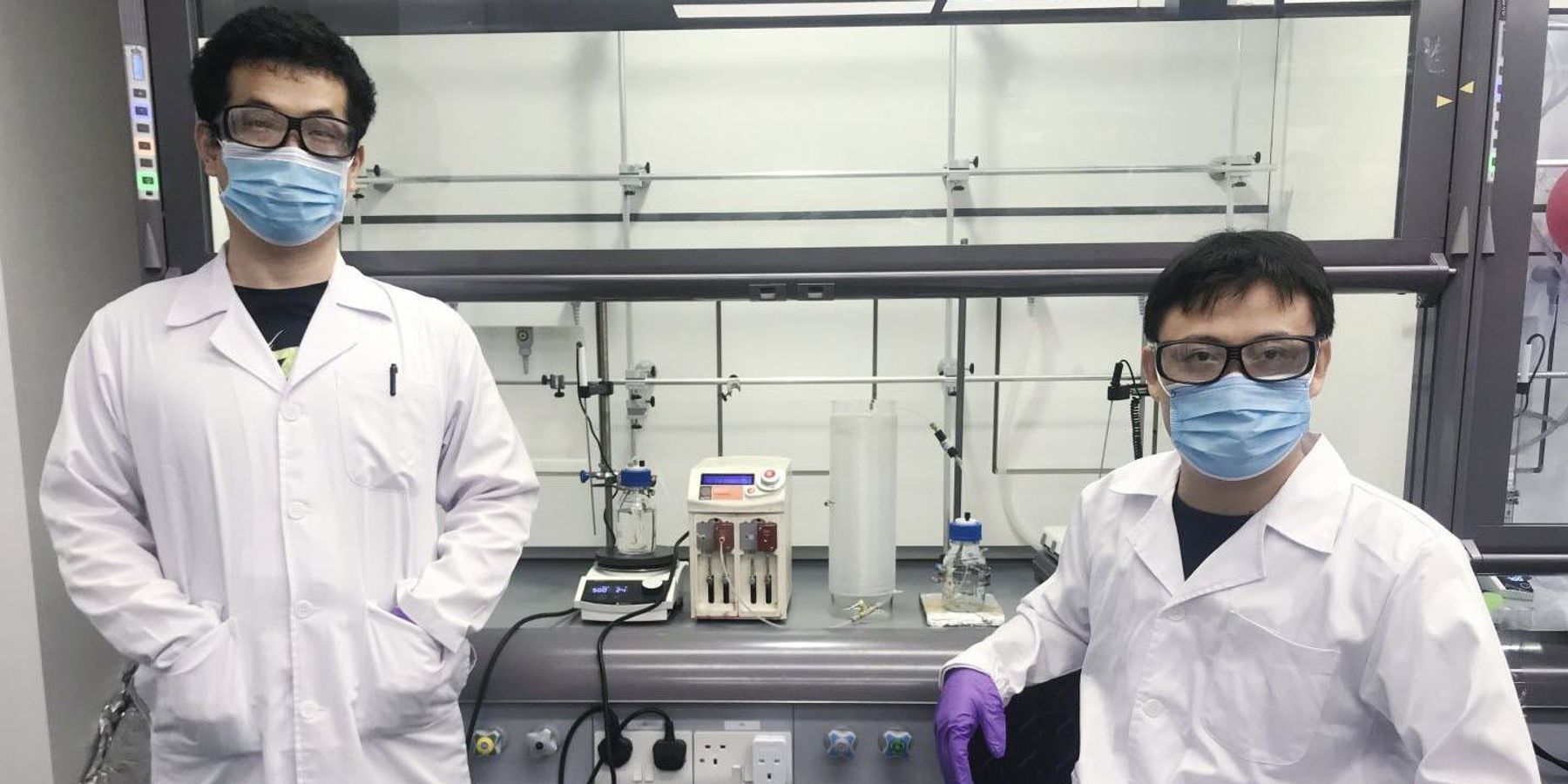 SINGAPORE — The discovery and development of new small-molecule compounds for therapeutic use involves a huge investment of time, effort, and resources. Giving a new spin to conventional chemical synthesis, a team of researchers from the National University of Singapore (NUS) has developed a way to automate the production of small molecules suitable for pharmaceutical use. The method can potentially be used for molecules that are typically produced via manual processes, thereby reducing the manpower required.

Demonstrating the novel technique on prexersatib, a pharmaceutical molecule used in cancer treatment, the NUS team achieved a fully automated six-step synthesis with 65 percent isolated yield within 32 hours. In addition, their technique also successfully produced 23 prexasertib derivatives in an automated fashion, signifying the method's potential for drug discovery and design.

The findings, which were first published in the journal Nature Chemistry on April 19, 2021, can potentially be applied to the production of a wide-range of pharmaceutical molecules.

Simplifying the production of pharmaceutical compounds

Recent advances in end-to-end continuous-flow synthesis are rapidly expanding the capabilities of automated syntheses of small-molecule pharmaceutical compounds in flow reactors. There are well-defined production methods for molecules such as peptides and oligonucleotides which have repeating functional units. However, it is challenging to conduct multi-step continuous-flow synthesis of active pharmaceutical ingredients due to issues such as solvent and reagent incompatibilities.

The new automated technique developed by the NUS research team combines two chemical synthesis techniques. These comprise continuous-flow synthesis, where chemical reactions are carried out in a seamless process, and solid-supported synthesis, in which molecules are chemically bonded and grown onto an insoluble support material.

Their novel technique, called solid phase synthesis-flow, or SPS-flow, enables the target molecule to be developed on a solid supporting material as the reaction reagent flows through a packed-bed reactor. The entire process is controlled by computer automation. Compared to existing automated techniques, the SPS-flow method enables wider reaction patterns and longer linear end-to-end automated synthesis of pharmaceutical compounds.

Related Article Series: Bioprocessing: Where It Is and Where It's Going

The researchers tested their technique on cancer-inhibiting molecule prexasertib due to its suitability in being attached to solid resin which was used as the support material. Their experiments showed a yield of 65 percent after 32 hours of continuous automated execution. This is an improvement from the existing method of producing prexasertib that is estimated to take around a week, and requires an extensive six-step manual process and purification procedure to produce a yield of up to 50 percent.

The new method also allows for synthetic modifications early in the process, hence enabling greater structural diversification compared to traditional methods which only allow late-stage diversification of a molecule's common core structure. Using a computer-based chemical recipe file, the team successfully produced 23 derivative molecules of prexasertib. The derivatives produced are molecules with parts of the molecular structure differing slightly from the original molecule.

"The capability to easily obtain these derivatives is crucial during the drug discovery and design process as understanding the relationship between molecule structures and their activities play an important role for the selection of promising clinical candidates," explained Khan.

"Our new technique presents a simple and compact platform for on-demand automated synthesis of a drug molecule and its derivatives. We estimate that 73 percent of the top 200 bestselling small-molecule drugs could be produced using this technique," said Wu.

Future studies taken by the team will target the development of a fully automated and portable system for active pharmaceutical ingredient production at a larger scale suitable for manufacturing. The system will apply the newly developed technique in lead optimization to speed up the process of drug discovery.

- This press release was originally published on the NUS News website. It has been edited for style