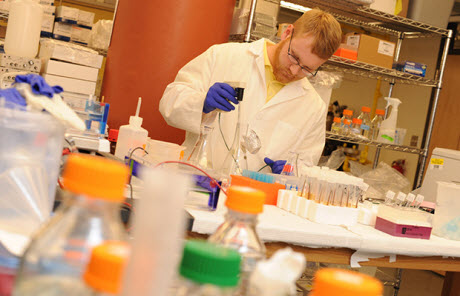 The total is $20 million more than the previous year.

“This achievement is a testament to the strength and competitiveness of our faculty, staff and students,” said James Weyhenmeyer, vice president for research and economic development at Georgia State. “In the last four years, we have done very well at securing outside support for research, which creates jobs and supports innovation in Atlanta and the state of Georgia. Our aim is to keep Georgia State among the nation’s premier urban public research universities and one of Georgia’s best economic engines.”

Among the year’s key awards were:

Researchers at Georgia State use the university’s state-of-the art research facilities and work across the disciplines to address critical quality of life issues, such as cancer, obesity, inflammation, vaccines, child and adult literacy, and public health issues related to smoking, among others.

For more information about research at Georgia State, visit research.gsu.edu.