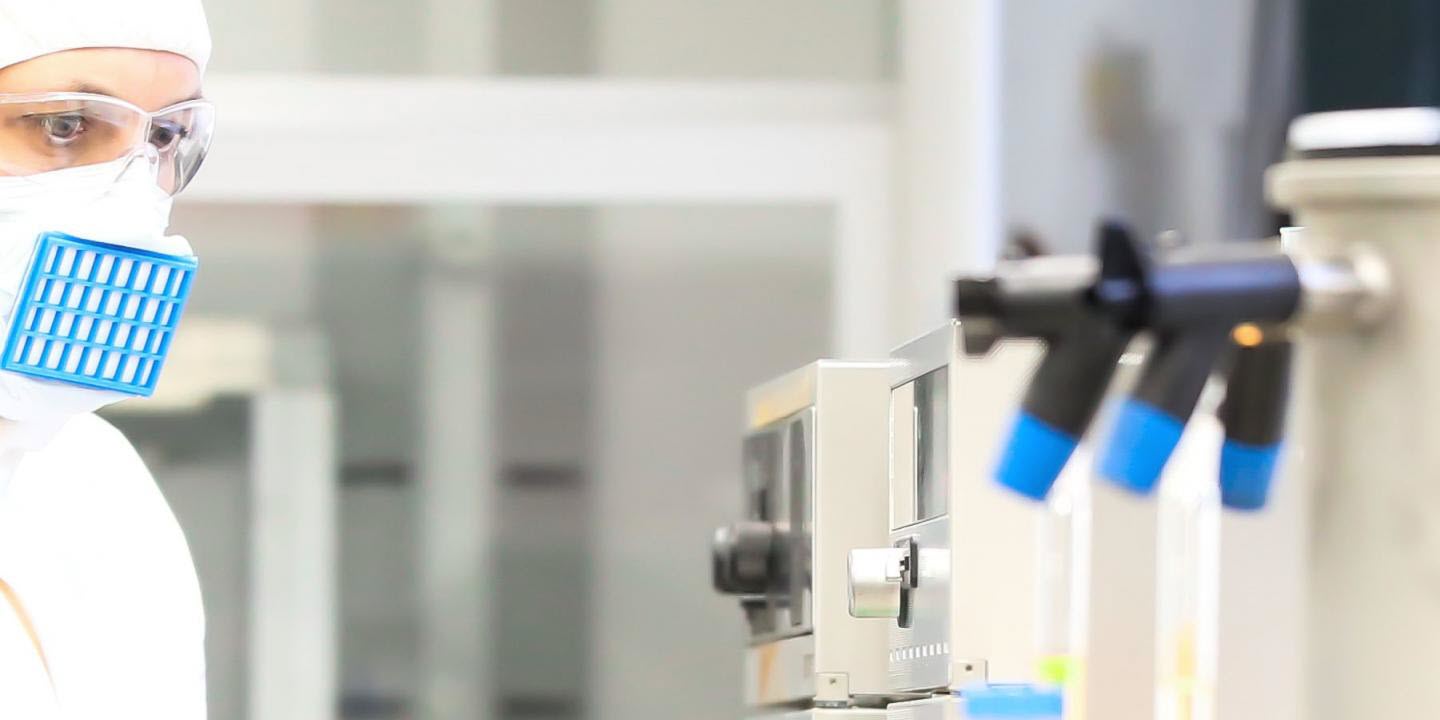 A prototype of a personal protection mask with a titanate filter, which has been shown to kill bacteria and viruses.
Courtesy of Swoxid SA / Endre Horvath

As part of attempts to curtail the COVID-19 pandemic, paper masks are increasingly being made mandatory. Their relative effectiveness is no longer in question, but their widespread use has a number of drawbacks. These include the environmental impact of disposable masks made from layers of non-woven polypropylene plastic microfibers. Moreover, they merely trap pathogens instead of destroying them. "In a hospital setting, these masks are placed in special bins and handled appropriately," says László Forró, head of EPFL's Laboratory of Physics of Complex Matter. "However, their use in the wider world—where they are tossed into open waste bins and even left on the street—can turn them into new sources of contamination."

Researchers in Forró's lab are working on a promising solution to this problem: a membrane made of titanium oxide nanowires, similar in appearance to filter paper but with antibacterial and antiviral properties.

Their material works by using the photocatalytic properties of titanium dioxide. When exposed to ultraviolet radiation, the fibers convert resident moisture into oxidizing agents such as hydrogen peroxide, which have the ability to destroy pathogens. "Since our filter is exceptionally good at absorbing moisture, it can trap droplets that carry viruses and bacteria," says Forró. "This creates a favorable environment for the oxidation process, which is triggered by light."

The researchers' work was published Aug. 7 in Advanced Functional Materials, and includes experiments that demonstrate the membrane's ability to destroy E. coli, the reference bacterium in biomedical research, and DNA strands in a matter of seconds. Based on these results, the researchers assert—although this remains to be demonstrated experimentally—that the process would be equally successful on a wide range of viruses, including SARS-CoV-2.

Their article also states that manufacturing such membranes would be feasible on a large scale: the laboratory's equipment alone is capable of producing up to 200 m2 of filter paper per week, or enough for up to 80,000 masks per month. Moreover, the masks could be sterilized and reused up to a thousand times. This would alleviate shortages and substantially reduce the amount of waste created by disposable surgical masks. Finally, the manufacturing process, which involves calcining the titanite nanowires, makes them stable and prevents the risk of nanoparticles being inhaled by the user.

A start-up named Swoxid is already preparing to move the technology out of the lab. "The membranes could also be used in air treatment applications such as ventilation and air conditioning systems as well as in personal protective equipment," says Endre Horváth, the article's lead author and co-founder of Swoxid.

- This press release was originally published on the EPFL news website