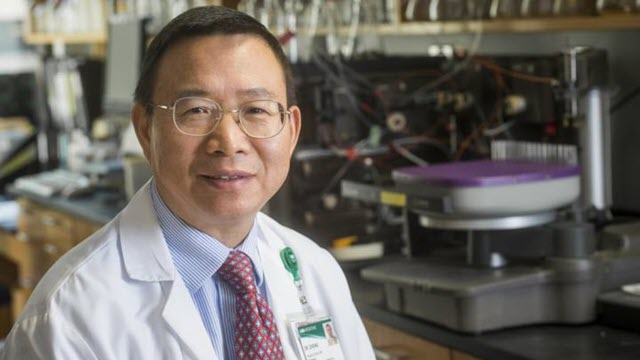 In proof-of-concept experiments, University of Alabama at Birmingham researchers have highlighted a potential therapy for a rare but potentially deadly blood-clotting disorder, TTP. The researchers deliver this therapeutic enzyme via the cellular equivalent of a Trojan Horse, using tiny blood cell platelets as their protective delivery vehicle, with a key enzyme hidden inside.

TTP, or thrombotic thrombocytopenic purpura, appears as blood clots in small arterioles throughout the body, particularly in the brain, heart, pancreas and kidneys, resulting in organ damage. The onset of symptoms can be sudden and nonspecific, and the in-hospital death rate remains as high as 20 percent.

TTP is caused by lack of the enzyme ADAMTS13 in the blood, most often because of autoantibodies against this enzyme. ADAMTS13 normally acts to cleave a large protein called von Willebrand factor, which is involved in blood clotting. Loss of the enzyme allows destructive microvascular clots to form in important organ tissues.

UAB researchers, led by X. Long Zheng, M.D., PhD, Robert B. Adams Professor and division director of Laboratory Medicine in the Department of Pathology in UAB's School of Medicine, have now reported that platelets can spontaneously take up ADAMTS13. The enzyme stays stable in those cells, and the platelets can effectively deliver the enzyme where it is needed.

"Our results for the first time demonstrate that transfusion of rADAMTS13-loaded platelets may be a novel and potentially effective therapeutic approach for arterial thrombosis, associated with congenital and immune-mediated TTP," Zheng said. "This novel approach could be translated to patient care once rADAMTS13 receives an approval from the U.S. Food and Drug Administration for therapy of congenital TTP."

In previous work published in Blood in 2015, the UAB researchers created transgenic mice, where human rADAMTS13 was expressed exclusively in the platelets. In a background of mice lacking their own ADAMTS13 enzyme, the rADAMTS13-loaded platelets blocked arterial thrombosis and prevented TTP in the mouse model.

As the next step toward patient care, Zheng and colleagues sought to determine whether platelets outside of the body could be loaded with rADAMTS13, such as in blood collected for transfusions. If so, they also wanted to test whether transfusion with those rADAMTS13-loaded platelets could be as effective to block thrombosis and prevent TTP in mice as the transgenic platelets that expressed high levels of rADAMTS13.

Four key experiments—described in a study published in the American Heart Association journal Arteriosclerosis, Thrombosis and Vascular Biology, or ATVB—answered those questions.

First, the researchers incubated isolated human platelets—which are one-fifth the diameter of red blood cells and have a normal function to stop bleeding from blood vessels—for up to two hours in varying concentrations of rADAMTS13 at varying temperatures. At the cold temperature of 4 C, the platelets did not take up rADAMTS13. But at both 25 and 37 C, the platelets took up rADAMTS13, apparently through endocytosis, in a concentration-dependent manner.

Second, they showed that the rADAMTS13 taken up by the human platelets remained intact and enzymatically active against von Willebrand factor, a key ingredient for platelet adhesion and aggregation. Also, the rADAMTS13 was releasable under arterial shear conditions that cause platelet aggregates to break, as simulated with microfluidic channels.

Third, using microfluidic channels coated with a fibrillar collagen that simulates the flow in arterioles and presents a surface for clot formation, they showed that addition of rADAMTS13-loaded platelets to normal, TTP-patient and reconstituted-TTP blood dramatically inhibited in vitro thrombus formation under arterial flow.

Thus, it may be possible to pack rADAMTS13 inside human platelets during the time that bags of donated blood sit at room temperature for three days as they are tested for multiple infectious disease markers. These packed platelets could then be transfused into patients with TTP. While routine transfusion of platelets in TTP patients is not recommended, transfusion of rADAMTS13-loaded platelets clearly showed a therapeutic benefit by inhibiting thrombus formation in human and mouse blood lacking ADAMTS13 enzyme.

Other researchers have worked on therapeutic strategies to bypass the autoantibody for TTP treatment, with some success. However, unlike Zheng's platelet-ADAMTS13 approach, none of those strategies have addressed the underlying mechanism of TTP—a lack of ADAMTS13 and/or autoantibody against ADAMTS13.