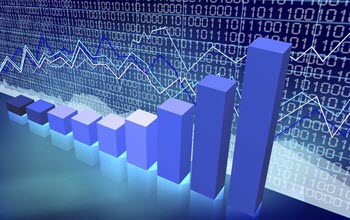 Every day, scientists collect, interpret and analyze data--measuring phenomena in order to understand them. And every day, at the National Science Foundation, there's a dedicated group of people doing its own statistical analyses, studying the organizations, agencies and people that constitute the scientific community.

Related article: NYU Launches Initiative in Data Science and Statistics to Push Advances in Medicine, Science, Technology, and Other Fields

The National Center for Science and Engineering Statistics (NCSES) is one of 13 federal statistical agencies, and its role within NSF gives it a unique mission.

NCSES' goal is to provide the best, most comprehensive data possible on U.S. research and development, the science and engineering workforce, U.S. competitiveness in science, engineering, technology and R&D and the status of U.S. education in the fields of science, technology, engineering and mathematics (STEM).

Why is the information NCSES collects and analyzes so important? Because those facts and figures tell stories about vital national interests and economic drivers. Those facts, as analyzed by NCSES, can capture anything from how funding for research and development waxes and wanes from year-to-year to the numbers of women, minorities and other individuals from traditionally underserved populations entering specific STEM fields.

"Statistics is in everything," Mulrow says. "It's really being able to understand and interpret the information."

Therefore, whether you're a government official trying to make an informed policy decision about any of those topics, a researcher looking to put together a study or a journalist trying to find numbers for a story about the scientific community, NCSES is going to be one of your best sources.

NCSES traces its roots back to 1953, when NSF--then just three years old--created the "Survey of Industrial Research and Development" to serve as the primary source for R&D statistics in the U.S.

The study gave government agencies, corporations and research organizations the information they needed to optimize productivity within the country's R&D sectors and compare how parts of the R&D enterprise were performing. If you ran an R&D organization, the report gave you the ability to measure your performance against a national average that would not have been available without the survey.

It was so successful that it collected data--constantly expanding and improving its methodology--until 2007, when it was substantially redesigned and became the "Business R&D and Innovation Survey" that continues to provide this vital information and more.

In the 1970s, NCSES greatly expanded its work. Instead of conducting surveys that focused on institutions, such as government agencies, R&D companies or colleges and universities, it began collecting data on people affiliated with the U.S. science and engineering enterprise. Over the decades, those efforts have allowed NCSES to publicly release information that can provide views of the STEM education system and scientific workforce that range from the broad to the extremely specific.

One of its key publications, the biennial "Women, Minorities, and Persons with Disabilities in Science and Engineering" report, can tell you, for example, that women have accounted for roughly 57 percent of U.S. bachelor's degrees since the late 1990s. But it can also tell you that women's participation hasn't been even across the branches of science. According to 2012 data, 70 percent of psychologists were women, while just 22.6 percent of engineers were. Go to the report's data tables, and the information breaks down even further. In 2012, there were 275 doctoral degrees awarded in aerospace engineering. Of those, nine went to Hispanic students.

In addition to its larger, formal reports, NCSES also releases data tables, working papers and InfoBriefs with titles ranging from "Immigrants' Growing Presence in the U.S. Science and Engineering Workforce: Education and Employment Characteristics in 2013" to "Research Space at Academic Institutions Increased by 4.7% between FY 2011 and FY 2013."

With the exception of confidential information collected in surveys, NCSES makes all of this data available to the public. With R&D identified by both government agencies and the private sector as a driver of the U.S. economy, these are the types of publications stakeholders can use.

NCSES collects a lot of data and much of its work focuses on how to ensure that information is comprehensive and accurate.

NCSES program staff meticulously review every question and survey, and all projects are constantly under review to see if they could be refined or improved.

"It can take us nearly a year to develop a really good set of questions--and sometimes more than that," Mulrow says.

The center also has to act carefully to ensure that it remains completely policy-neutral in its work, while still producing policy-relevant numbers and analysis. In order to do so, NCSES stays in constant contact with the various organizations that make up its main audience.

"We periodically meet with stakeholders to see what they're using data for and how," Mulrow says.

NCSES not only communicates with stakeholders--it cooperates with them. For example, NCSES researchers collaborated with partners in the Bureau of Economic Analysis to change how R&D expenditures factor into calculations of the U.S. gross domestic product (GPD).

It also continues to work on ways to modernize data tools for the public and other users, so that its information and analyses will become even more accessible and easy to understand.

But, Mulrow says, job number one still remains making sure that the data NCSES collects and produces is the best, most accurate available.

"Federal statistics agencies, including NCSES, try to be the gold standard for data," Mulrow says.