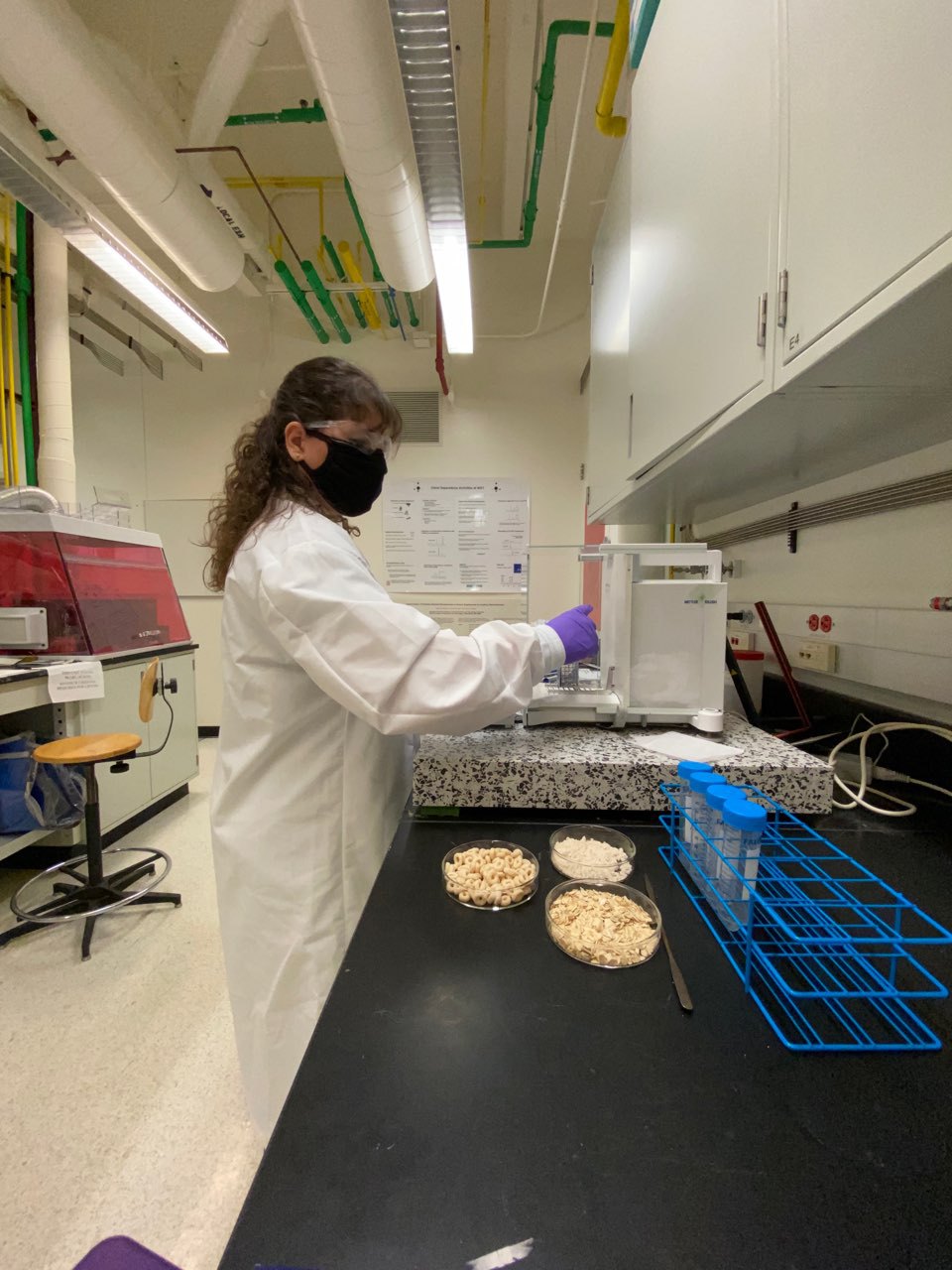 Pesticides help farmers increase food production, reduce costly damage to crops, and even prevent the spread of insect-borne diseases, but since the chemicals can also end up in human food, it’s essential to ensure that they are safe. For a commonly used pesticide known as glyphosate, concerns exist over how high a level is safe in food as well as the safety of one of its byproducts, known as AMPA. Researchers at the National Institute of Standards and Technology (NIST) are advancing efforts to measure glyphosate and AMPA accurately in the oat-based food products where they frequently appear by developing reference materials.

The Environmental Protection Agency (EPA) establishes tolerances for pesticide levels in food that are still considered safe for consumption. Food manufacturers test their products to make sure they meet EPA regulations. But in order to make sure their measurements are accurate they need a reference material (RM) with known levels of glyphosate with which to compare their products.

There is no reference material available for measuring glyphosate, the active ingredient in the commercial product Roundup, in the oatmeal or oat-based products in which the pesticide is heavily used. However, there are a small number of food-based RMs available for measuring other pesticides. In efforts to develop one for glyphosate and meet the immediate needs of the manufacturers, NIST researchers have optimized a test method to analyze glyphosate in 13 commercially available oat-based food samples to identify candidate reference materials. They detected glyphosate in all the samples, and they also found AMPA (short for aminomethylphosphonic acid) in three of the samples.

The researchers have published their findings in the journal Food Chemistry.

For decades, glyphosate has been one of the most dominant pesticides in the United States and worldwide. In 2014 alone, 125,384 metric tons of glyphosate were used in the US, according to a 2016 study. It is a herbicide, a type of pesticide for destroying weeds or unwanted plants that are detrimental to crops.

Sometimes pesticides remain in small amounts, known as residues, on food produce. In the case of glyphosate, it can also break down into AMPA, which can also remain on fruit, vegetables, and grains. The potential effects of AMPA on human health are not well understood and remain an active area of study. Glyphosate is also heavily used on other cereals and grains such as barley and wheat, but oats are a special case.

“Oats are unique, as grains go,” said NIST researcher Jacolin Murray. “We chose oats as our first material because food producers use the glyphosate as a desiccant to dry out the crop before they harvest it. Oats tend to have a high amount of glyphosate.” Crop desiccation allows for an earlier harvest and improves uniformity of crops. Because of its wide use, glyphosate is typically found at higher levels compared with other pesticides, according to co-author Justine Cruz.

The researchers analyzed the samples for glyphosate and AMPA using a modified method of extracting glyphosate from solid food, in conjunction with standard techniques known as liquid chromatography and mass spectrometry. In the first method, the solid sample is dissolved into a liquid mixture where glyphosate is removed from the food. Next, in liquid chromatography, the glyphosate and AMPA in the extract sample are separated from other components in the sample. Finally, mass spectrometry measures the mass-to-charge ratio of ions to identify the different chemical compounds in the sample. 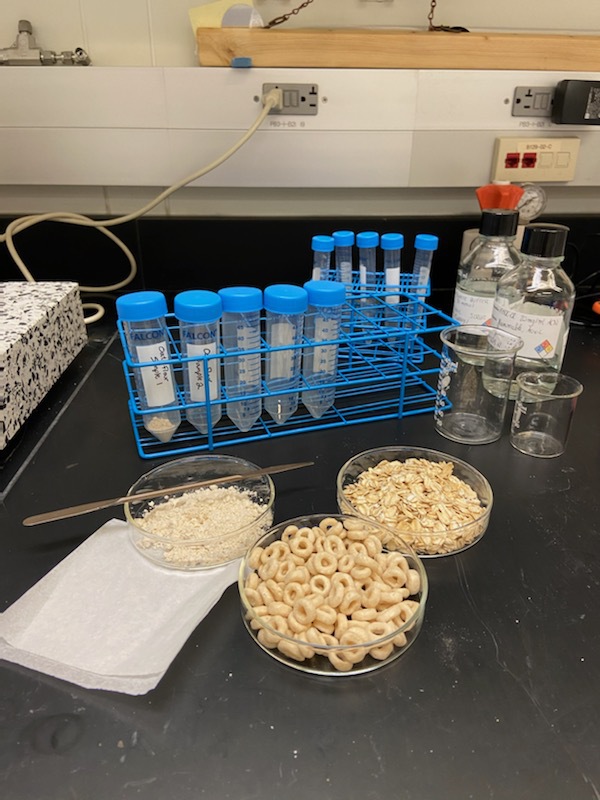 Samples of oatmeal and oat-based products analyzed for glyphosate and AMPA.
J. Murray/NIST

All glyphosate and AMPA levels in the oatmeal and oat-based cereals were well below the EPA tolerance of 30 micrograms per gram. “The highest glyphosate levels we measured were 30 times lower than the regulatory limit,” said Murray.

Based upon the results of this study and initial discussions with stakeholders interested in using a RM for oatmeal and oat-based cereals, the researchers discovered that it might be beneficial to develop a low-level RM (50 nanograms per gram) and high-level one (500 nanograms per gram). These RMs would be beneficial to agricultural and food testing labs as well as food producers, who need to test their source material for pesticide residues and to have an accurate standard against which to compare their measurements.

NIST’s RMs are used not just in the United States but also worldwide, so it was important for researchers also to consider the regulatory limits abroad, such as in Europe, where the limit is 20 micrograms per gram.

“Our researchers have to balance the needs of food testing labs based in the US and beyond to make reference materials with a global reach,” said NIST researcher Katrice Lippa.

Researchers were able to identify three potential RM candidates for glyphosate in oat-based cereals and two candidates for AMPA. They were also able to conduct a preliminary stability study that showed glyphosate was stable in oats over a six-month period at a consistent temperature of 40 degrees Celsius, which is important in developing a future RM, which could potentially be based on one or more of these products.

Next, the researchers plan to evaluate the feasibility of the RMs through an interlaboratory study and then conduct more long-term stability studies of both glyphosate and AMPA in their materials. The NIST team will continue to engage stakeholders to make sure that the RM will meet their needs.

- This press release was originally published on the NIST website