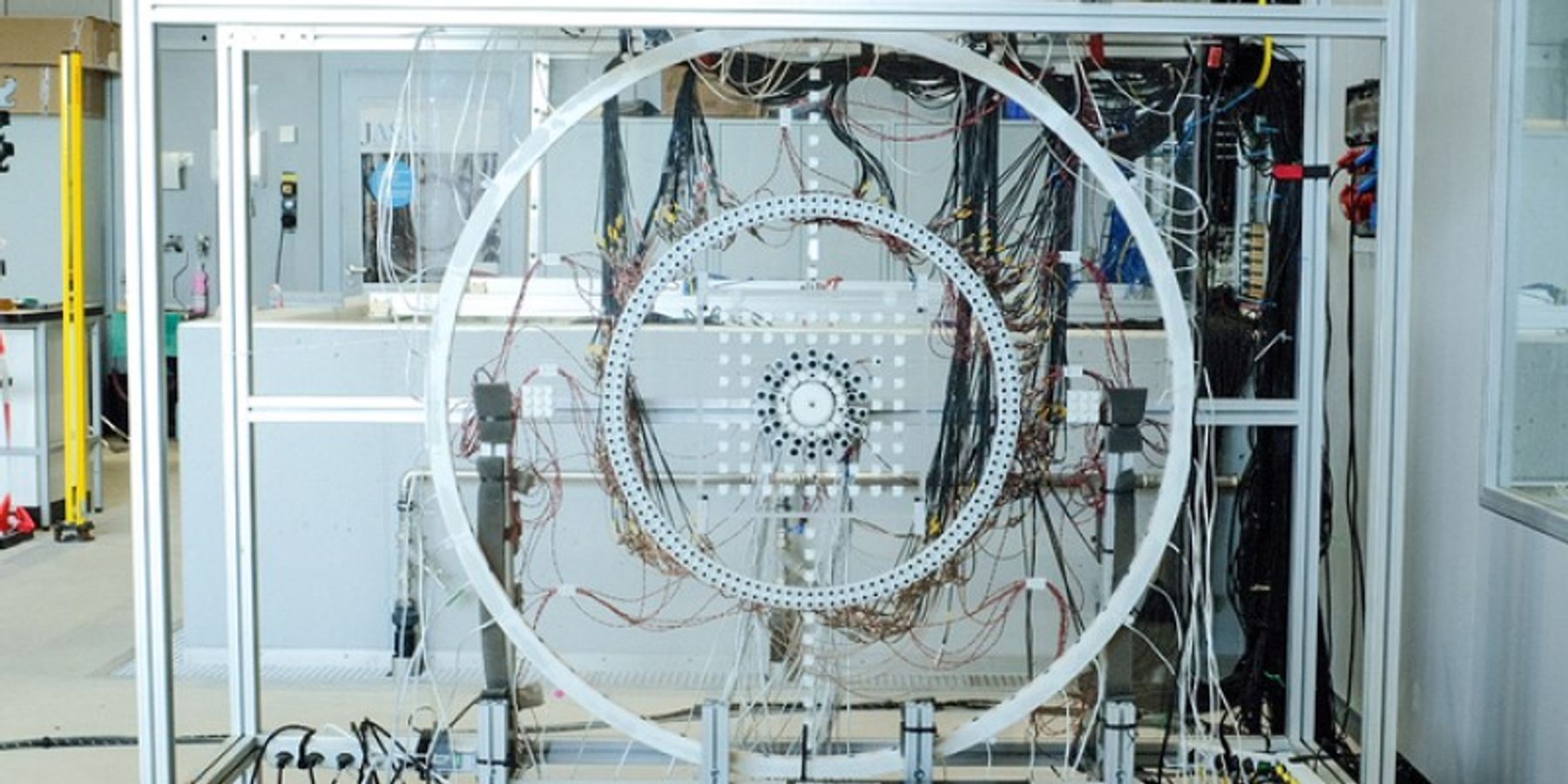 Measuring 12 cms, the object that is to be made invisible acoustically is placed between two acrylic glass panels at the center of the experiment. The initial acoustic field is produced by the loudspeakers in the outer ring. The 228 control sensors in the central ring record this field and transmit the data to a computer in the next room. Subsequently, 36 control sources in the center emit a secondary signal that augments the initial field in real-time
Astrid Robertsson / ETH Zürich

When listening to music, we don’t just hear the notes produced by the instruments, we are also immersed in its echoes from our surroundings. Sound waves bounce back off the walls and objects around us, forming a characteristic sound effect—a specific acoustic field. This explains why the same piece of music sounds very different when played in an old church or a modern concrete building.

Architects have long been capitalizing on this fact when building, say, concert halls. However, the principle can also be transferred to other applications: objects hidden underground can be visualized by measuring how sound waves from a known source are reflected.

Some scientists want to go one step further and systematically manipulate the acoustic field to achieve an effect that shouldn’t exist per se, given the real-life situation. For instance, they are attempting to create an illusory audio experience that tricks the listener into believing they are in a concrete building or an old church. Alternatively, objects can be made invisible by manipulating the acoustic field in such a way that the listener no longer perceives them.

Usually, the desired illusion relies on using passive methods that involve structuring the surfaces with the help of what are known as metamaterials. One way of hiding an object acoustically is to coat its surface and stop it from reflecting any sound waves. However, this approach is inflexible and usually works only within a limited frequency range, making it unsuitable for many applications.

Active methods seek to achieve the illusion by superimposing another layer of sound waves. In other words, by adding a second signal to the initial acoustic field. However, until now the scope for using this approach has also been limited, as it works only if the initial field can be predicted with some certainty.

Now the group headed by Johan Robertsson, professor of applied geophysics at ETH Zurich, has worked with scientists from the University of Edinburgh to develop a new concept that significantly improves the active illusion. Led by Theodor Becker, a postdoc in Robertsson’s group, and Dirk-Jan van Manen, the senior scientist who was instrumental in designing the experiments, the researchers have managed to augment the initial field in real time, as they report in the latest issue of the journal Science Advances. As a result, they can make objects disappear and they can mimic non-existent ones.

To achieve the special acoustic effects, the researchers installed a large test facility for the project in the Centre for Immersive Wave Experimentation at the Switzerland Innovation Park Zurich in Dübendorf. Specifically, this facility allows them to mask the existence of an object measuring roughly 12 centimeters or simulate an imaginary object of equal size.

For this augmentation to work, the data measured by the control sensors must be transformed instantaneously into instructions for the control sources. To control the system, the researchers therefore use field-programmable gate arrays (FPGAs) with an extremely short response time.

“Our facility allows us to manipulate the acoustic field over a frequency range of more than three and a half octaves,” Robertsson says. The maximum frequency for cloaking is 8,700 Hz and 5,900 Hz for simulating. To date, the researchers have been able to manipulate the acoustic field on a surface in two dimensions. As a next step, they want to increase the process to three dimensions and extend its functional range. The system currently augments airborne sound waves. However, Robertsson explains, the new process could also produce acoustic illusions under water. He envisages a vast array of potential uses in different fields, such as sensor technology, architecture, and communications, as well as in the education sector.

The new technology is also highly relevant for the earth sciences. “In a lab, we use ultrasound waves with a frequency of over 100 kHz to determine the acoustic properties of minerals. In contrast, in the field, we study underground structures with seismic waves at a frequency of less than 100 Hz,” Robertsson says. “The new process will enable us to help bridge this ‘dead zone.’”

- This press release was originally published on the ETH Zurich website