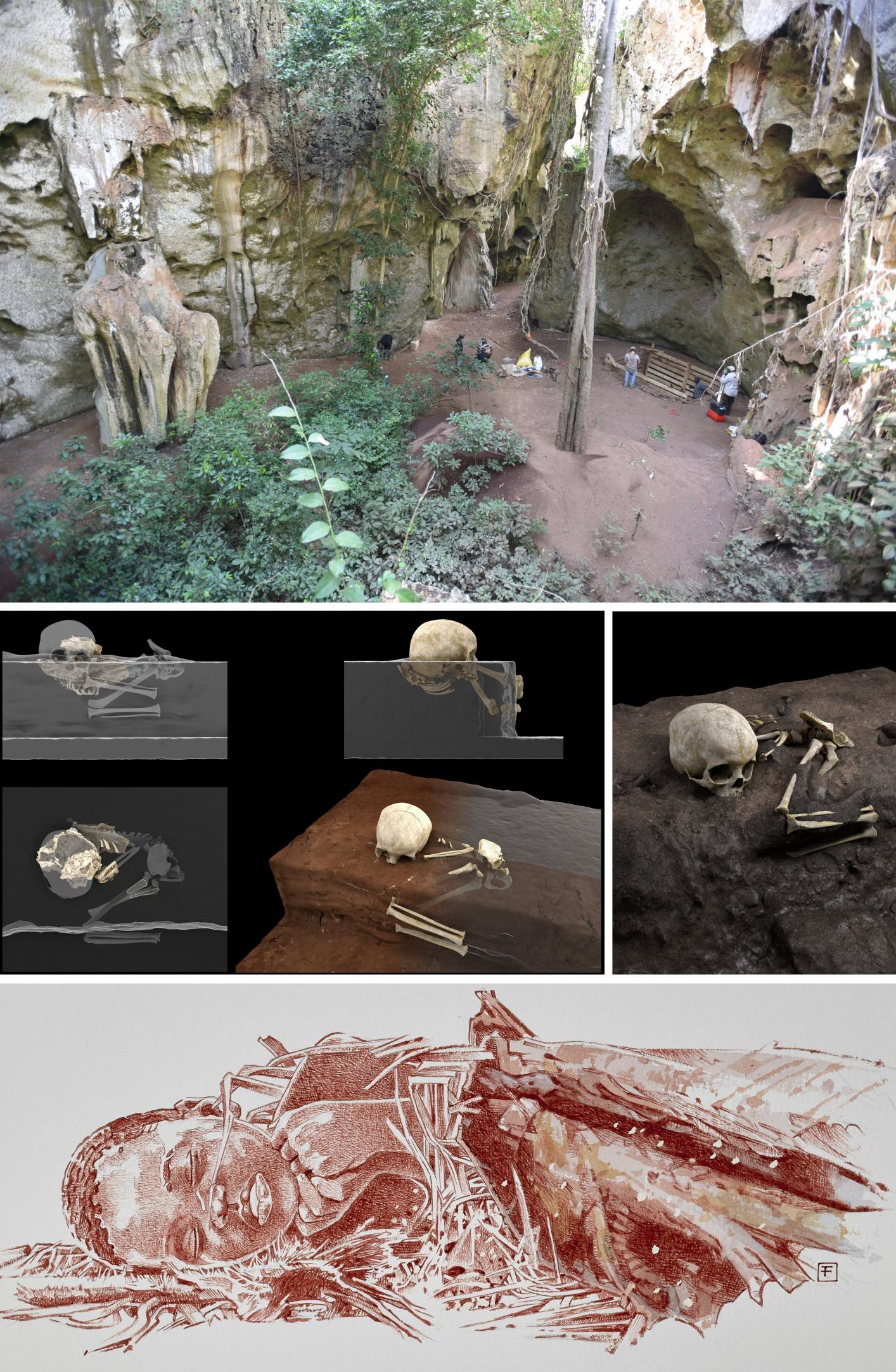 The discovery of the earliest human burial site yet found in Africa, by an international team including several CNRS researchers, has just been announced in the journal Nature. At Panga ya Saidi, in Kenya, north of Mombasa, the body of a three-year-old, dubbed Mtoto (Swahili for "child") by the researchers, was deposited and buried in an excavated pit approximately 78,000 years ago.

Through analysis of sediments and the arrangement of the bones, the research team showed that the body had been protected by being wrapped in a shroud made of perishable material, and that the head had likely rested on an object that was also made up of perishable material. Though there are no signs of offerings or ochre, both common at more recent burial sites, the funerary treatment given Mtoto suggests a complex ritual that likely required the active participation of many members of the child's community.

Though Mtoto was a Homo sapiens, the child's dental morphology, in contrast with that observed in human remains of the same period, preserves certain archaic traits connecting it to distant African ancestors. This apparently confirms that, as has often been posited in recent years, our species has extremely old and regionally diverse roots in the African continent where it arose.

A documentary on the work of the French team at Panga ya Saidi in English, French, and Italian can be viewed at: https://youtu.be/_lYQ3P9X8tU

- This press release was originally published on the CNRS website. It has been edited for style