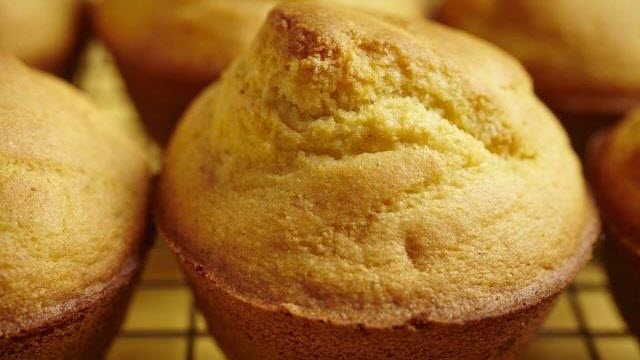 Corn muffins and other foods made with biofortified maize and eggs retain vitamin A after being cooked.Photo Credit: Brian Yarvin/Shutterstock.com

Fortified and biofortified foods are at the forefront of efforts to combat vitamin A deficiency worldwide. But little is known about what influence processing may have on the retention of vitamin A precursors in these foods. Now in a study appearing in ACS Omega, scientists report that a high percentage of these healthful substances—in some cases, almost all—can survive cooking, depending on the preparation method.

Vitamin A deficiency is a common problem in Africa and Southeast Asia, causing an estimated 250,000 to 500,000 children to become permanently blind each year. Vitamin supplementation has helped. But scientists are also investigating ways to produce hybrid crops, such as corn, that contain more carotenoids, which are vitamin A-precursors that the body uses to manufacture the vitamin itself. Eggs are another source of these carotenoids, and researchers are attempting to boost the amount of these compounds in yolks. Sherry A. Tanumihardjo and colleagues wanted to find out whether cooking affects carotenoid levels in food.

In a series of experiments, the researchers cooked corn flour and eggs biofortified with carotenoids in various ways. Then, the foods were evaluated using high-performance liquid chromatography. Boiled porridge retained the highest percentage of these compounds, while deep-fried cornmeal puffs (commonly known as “hush puppies”) retained the least. Microwaving, pan-frying, and hard-boiling eggs preserved carotenoids, but scrambling caused some destruction. Overall, the researchers conclude that these substances can be well-preserved when using most types of household cooking methods.

The authors acknowledge funding from Modernizacion Sustentable de la Agriculture, a program of SAGARPA-Mexico in collaboration with the CIMMYT (International Center of Wheat and Maize Improvement), the United States Department of Agriculture, and HarvestPlus.