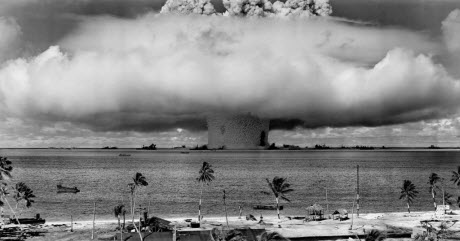 The team analyzed thousands of measurements spanning 50 years of nuclear weapons testing.Photo credit: PixabayFood in Japan will be contaminated by low-level radioactivity for decades following the 2011 Fukushima nuclear disaster, but not at a level which poses a serious risk to human health, according to new research.

Scientists can predict with confidence what the effect of the Japanese disaster has had and will continue to have thanks to a legacy of data on radioactive pollution in the environment after decades of nuclear testing worldwide.

Professor Jim Smith, from the University of Portsmouth, and Dr. Keiko Tagami, from the Japanese National Institute of Radiological Sciences, say radiation in the average diet in the region is very low.

The exception is for wild food, such as mushrooms and game animals, where contamination remains high. 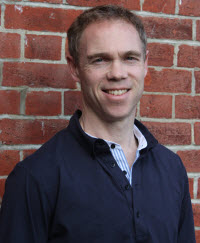 Professor Jim SmithPhoto courtesy of the University of PortsmouthProfessor Smith, from the School of Earth and Environmental Sciences, said: “The world’s deadliest nuclear weapons tests during the Cold War have yielded one benefit: a better understanding of how radioactivity contaminates the environment.”

It’s been six years since a tsunami triggered a major nuclear disaster at the Fukushima Nuclear Power Plant in Japan.

The team have predicted the effects of radioactive contamination on the Japanese diet by analyzing thousands of measurements spanning 50 years of nuclear weapons testing.

Professor Smith said: “Hundreds of above-ground nuclear weapons tests carried out by the US, USSR, Britain, France, and China during the Cold War spread thousands of peta-Becquerels of radioactivity around the World, dwarfing emissions from the Chernobyl and Fukushima nuclear accidents.

“These deadly above-ground tests were stopped by the 1963 Test Ban Treaty, but over the last 60 years, their lingering effects have yielded one benefit: a better understanding of how radioactivity contaminates the environment after nuclear accidents like Fukushima.” 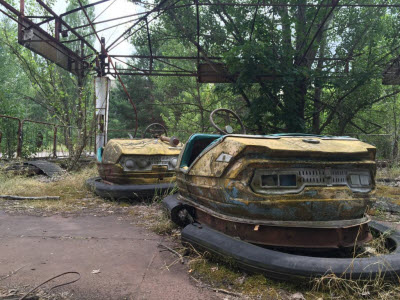 Data from Chernobyl was also analyzed because a small amount of radiocaesium reached Japan.Photo courtesy of the University of PortsmouthThe study uses data from the Japanese Environmental Radioactivity Database, which was established to monitor radioactivity in response to the global fallout from Cold War nuclear weapons testing and from the Chernobyl accident in 1986.

It focuses on radiocaesium—the most important radioactive contaminant affecting the Fukushima area—in food.

Professor Smith said: “From 1959-2009, thousands of measurements were made of radiocaesium in nuclear fallout, wheat, rice, and in people’s average diet in Japan. This unique historical data has allowed us to evaluate radiocaesium levels in Japanese agricultural systems, which can be used to inform predictions of the long-term consequences of food chain contamination post-Fukushima.

Dr. Keiko Tagami, a co-author at the Japanese National Institute of Radiological Sciences said: “This study gives us the evidence to explain to people how contamination levels will change over time. It gives us confidence that radiation doses in the average diet in the Fukushima region are very low and do not present a significant health risk now or in the future.

“But we have to continue monitoring foodstuffs, particularly “wild” foods such as mushrooms, new shoots of edible plants, and game animals where contamination levels remain high.”

Data from Chernobyl was also analyzed because a small amount of radiocaesium reached Japan.

Professor Smith said: “It’s important to use data gathered from nuclear tests to help inform communities affected by more recent nuclear incidents. It’s one positive that can come from the deadly nuclear experiments of the past.”