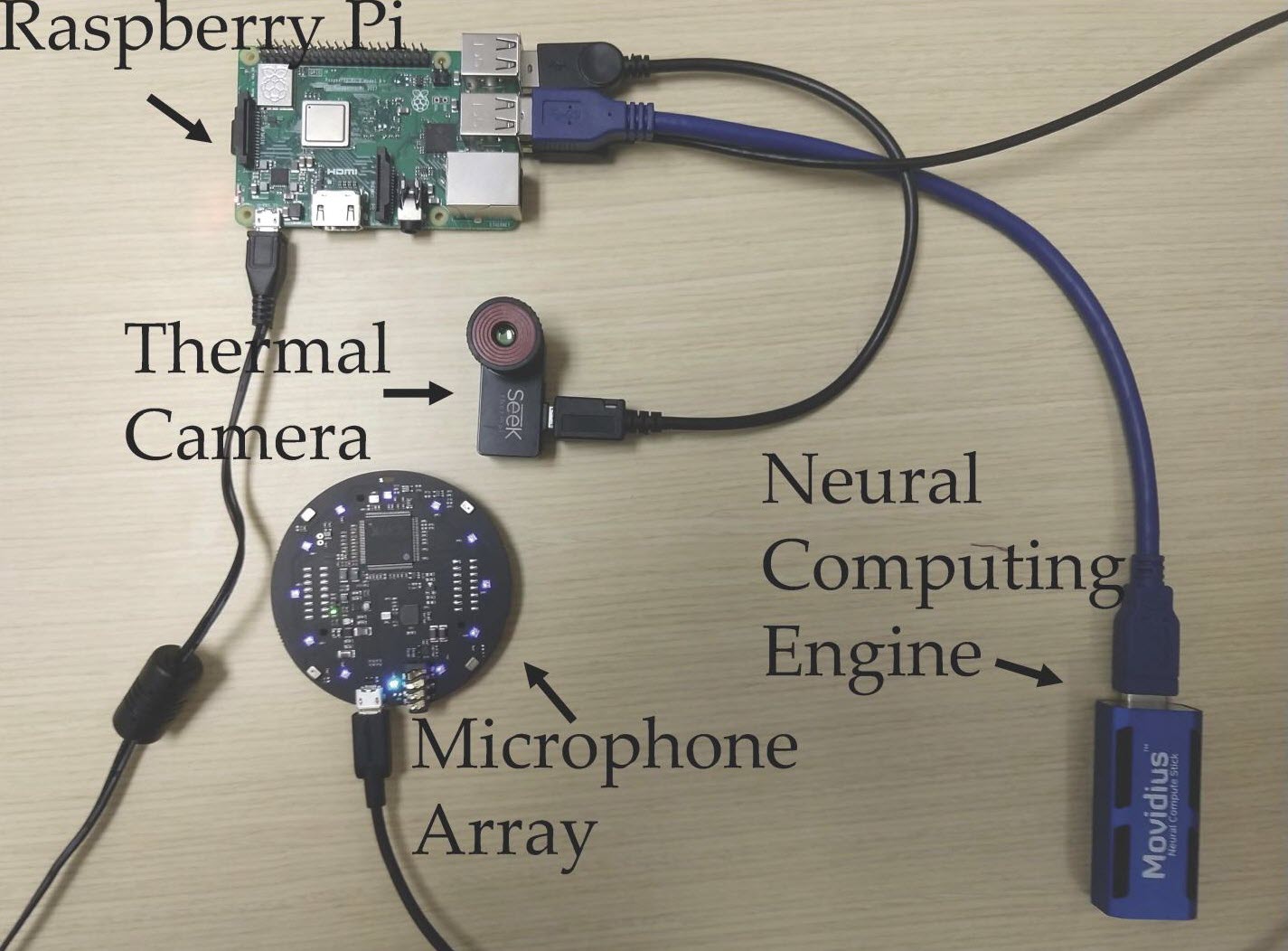 The FluSense creators say the new edge-computing platform, envisioned for use in hospitals, health care waiting rooms and larger public spaces, may expand the arsenal of health surveillance tools used to forecast seasonal flu and other viral respiratory outbreaks, such as the COVID-19 pandemic or SARS.

Models like these can be lifesavers by directly informing the public health response during a flu epidemic. These data sources can help determine the timing for flu vaccine campaigns, potential travel restrictions, the allocation of medical supplies, and more.

"This may allow us to predict flu trends in a much more accurate manner," says co-author Tauhidur Rahman, assistant professor of computer and information sciences, who advises PhD student and lead author Forsad Al Hossain. Results of their FluSense study were published Wednesday in the Proceedings of the Association for Computing Machinery on Interactive, Mobile, Wearable and Ubiquitous Technologies.

To give their invention a real-world tryout, the FluSense inventors partnered with Dr. George Corey, executive director of University Health Services; biostatistician Nicholas Reich, director of the UMass-based CDC Influenza Forecasting Center of Excellence; and epidemiologist Andrew Lover, a vector-borne disease expert and assistant professor in the School of Public Health and Health Sciences.

The FluSense platform processes a low-cost microphone array and thermal imaging data with a Raspberry Pi and neural computing engine. It stores no personally identifiable information, such as speech data or distinguishing images. In Rahman's Mosaic Lab, where computer scientists develop sensors to observe human health and behavior, the researchers first developed a lab-based cough model. Then they trained the deep neural network classifier to draw bounding boxes on thermal images representing people, and then to count them. "Our main goal was to build predictive models at the population level, not the individual level," Rahman says.

They placed the FluSense devices, encased in a rectangular box about the size of a large dictionary, in four health care waiting rooms at UMass's University Health Services clinic.

Related Article: Researchers Predict Potential Spread and Seasonality for COVID-19 Based on Climate Where Virus Appears to Thrive 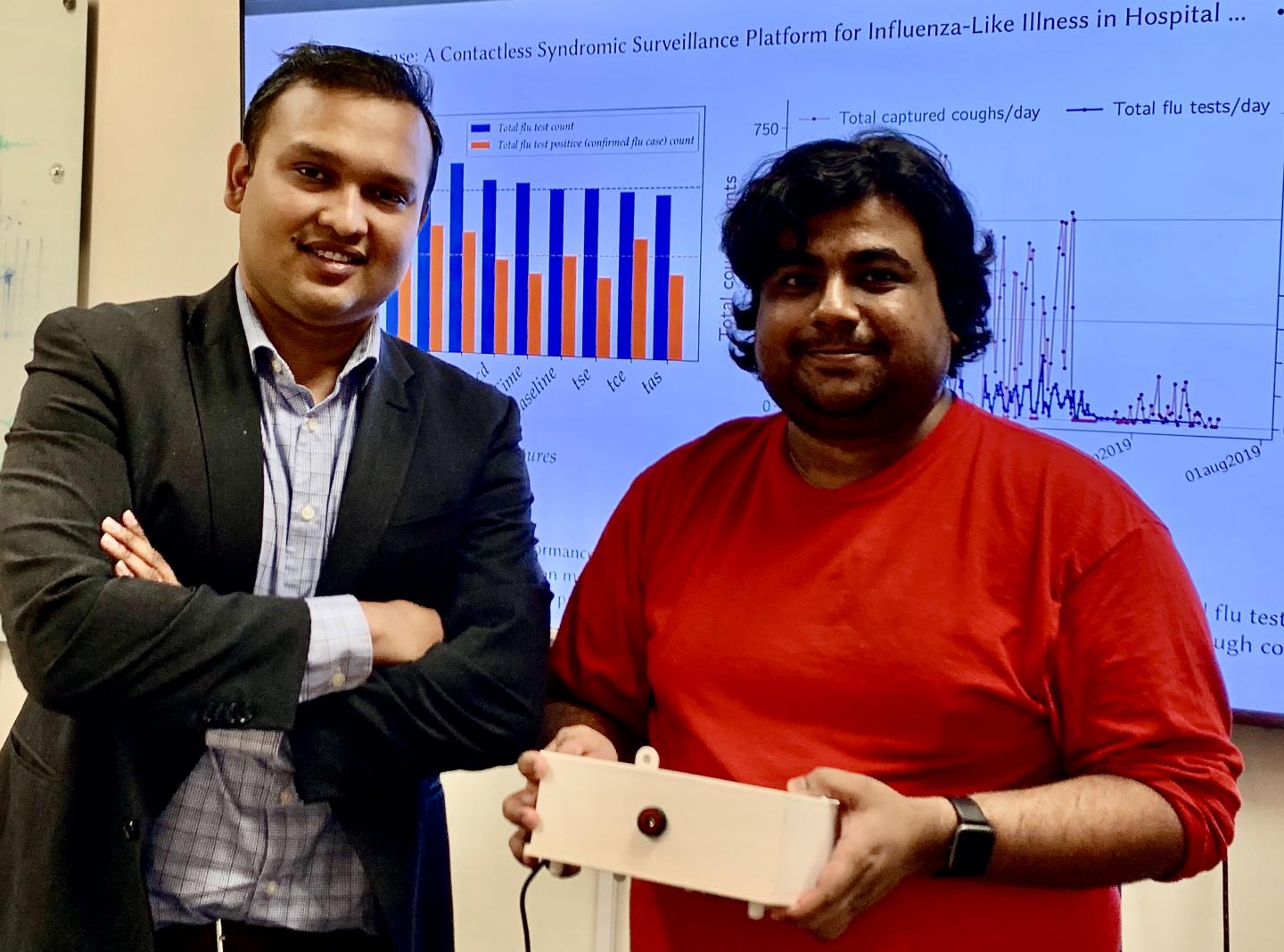 From December 2018 to July 2019, the FluSense platform collected and analyzed more than 350,000 thermal images and 21 million non-speech audio samples from the public waiting areas.

The researchers found that FluSense was able to accurately predict daily illness rates at the university clinic. Multiple and complementary sets of FluSense signals "strongly correlated" with laboratory-based testing for flu-like illnesses and influenza itself.

According to the study, "the early symptom-related information captured by FluSense could provide valuable additional and complementary information to current influenza prediction efforts," such as the FluSight Network, which is a multidisciplinary consortium of flu forecasting teams, including the Reich Lab at UMass Amherst.

"I've been interested in non-speech body sounds for a long time," Rahman says. "I thought if we could capture coughing or sneezing sounds from public spaces where a lot of people naturally congregate, we could utilize this information as a new source of data for predicting epidemiologic trends."

Al Hossain says FluSense is an example of the power of combining artificial intelligence with edge computing, the frontier-pushing trend that enables data to be gathered and analyzed right at the data's source. "We are trying to bring machine-learning systems to the edge," Al Hossain says, pointing to the compact components inside the FluSense device. "All of the processing happens right here. These systems are becoming cheaper and more powerful."

The next step is to test FluSense in other public areas and geographic locations.

"We have the initial validation that the coughing indeed has a correlation with influenza-related illness," Lover says. "Now we want to validate it beyond this specific hospital setting and show that we can generalize across locations."