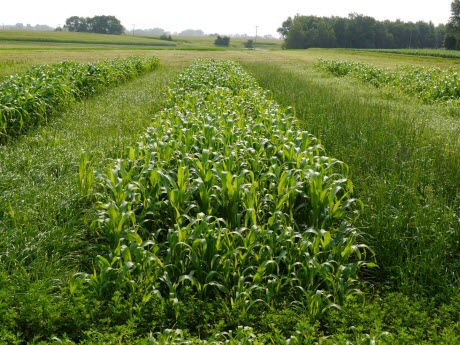 This photo shows Italian ryegrass (left), sorghum-Sudangrass (center), and annual ryegrass + red clover (right) in test plots.Photo credit: Reagan NolandMeet alfalfa, a perennial legume used mainly as high-quality feed for dairy cattle. Alfalfa is also used as feed for beef cattle, horses, sheep, and goats. It's high in protein (16-20% crude protein). It contains a lot of calcium and other minerals and vitamins. It contributes billions of dollars to the United States economy annually.

But alfalfa faces a cold challenge.

In the U.S., alfalfa is grown mainly in western and northern states. The cold winters and other factors in many of these states can damage alfalfa crops. That can lead to losses for farmers and forage shortages.

Researchers at the University of Minnesota are working to help farmers offset losses caused by alfalfa winterkill. They are trying to identify annual forage crops that can be cultivated in fields with winter-killed or terminated alfalfa.

"Planting annual forage crops into terminated alfalfa is an economically viable strategy in response to alfalfa winterkill," explains M. Scott Wells. Wells is an extension specialist at the University of Minnesota.

However, net economic returns can vary depending on which forage crop is planted. Different forage crops have different characteristics, including yield, nutritive value, tolerance to frequent cutting, and whether they can take root and grow-that is, be established-efficiently.

Wells and his colleagues identified annual ryegrass as the forage crop with the highest net returns when planted into terminated alfalfa in Minnesota test sites.

But why not simply re-plant alfalfa into the killed or injured alfalfa stands? Older alfalfa release chemicals that can reduce the productivity of newly-seeded alfalfa, and in some cases kill the new stands. "Even if the alfalfa plants do live, there is a chance the plants will be less productive," says Wells. "It's best to rotate to silage or a small grain forage crop."

The researchers grew seven different forage crops on terminated alfalfa. They also tested a mixture of annual ryegrass and red clover. They measured yield, nutritive value, how the crops were affected by nitrogen fertilizer, and economic viability.

On the other end of the spectrum was annual ryegrass, with high yields and high nutritive value. It also established consistently across study sites and years.

"Our work suggests that annual ryegrass is the most reliable and economically viable option to providing early season forage with alfalfa winterkill," says Wells.

Wells shares research findings through field days, workshops, and newsletters. "The goal is that our research and education will aid farmers in making changes that improve their economic outlook," he says. 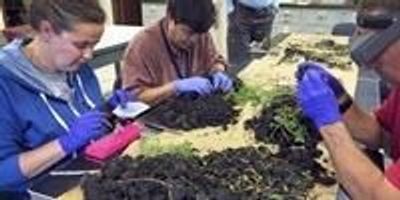 Alfalfa and Potassium: It's Complicated

Alfalfa and Potassium: It's Complicated 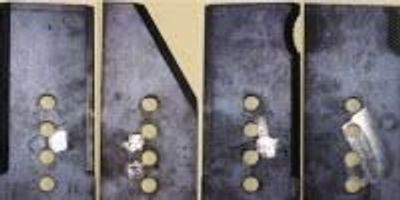 To Maximize Sugarcane Harvesting, Use the Right Blade

To Maximize Sugarcane Harvesting, Use the Right Blade