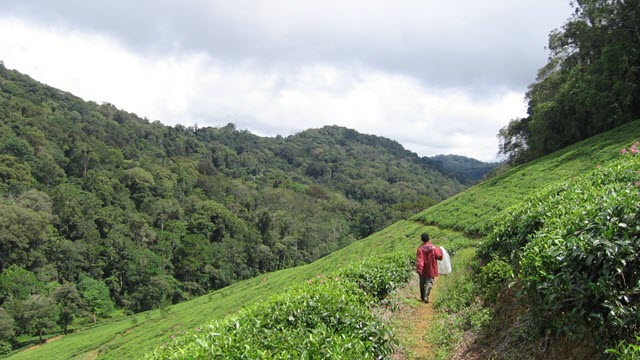 Mountains of the eastern arch of Tanzania. The flora of this region is threatened with extinction.Credit: IRD - Thomas Couvreur

Given the anthropological and climate threats facing nature, the conservation of tropical biodiversity is a major challenge. To encourage the implementation of better biodiversity management practices, countries and international agreements on biodiversity refer to the assessments of species "at risk of extinction" performed by the Institut de Recherche Pour Le Développement (IUCN) as part of a standardized procedure (See Red List of Threatened Species). This approach remains the most comprehensive and objective means of identifying species in need of protection.

However, while the conservation status of the majority of vertebrate species has been assessed, the same cannot be said for plants, although they are critical to earth ecosystems. This is especially true in tropical regions where the flora is very diverse but remains poorly documented.

One third of tropical African flora might be threatened with extinction.Credit: T. Stévart et al.In this study, the researchers developed a new fast and automatic approach based on key elements of the conservation assessment process used by the IUCN. Their objective was to provide relevant information on the conservation status of a large number of plant species at broad scales, in the form of Preliminary Automated Conservation Assessments (PACA).

The researchers therefore applied this methodology to the RAINBIO database, which contains over 600,000 georeferenced occurrences of plants in tropical Africa across more than 20,000 vascular plant species.

After determining the most endangered species, the researchers identified four regions in Africa that are particularly exposed: Ethiopia, central Tanzania, the south of the Democratic Republic of the Congo, and the West African tropical rainforests.

They highlight the advantages of this approach, based on the preliminary automated conservation assessments, in terms of cost reduction, time saving and the potential to carry out large-scale assessments. "This study is the first large-scale assessment of the potential conservation status of the tropical African flora, explicitly using the IUCN's methodology," explains botanist Thomas Couvreur from the IRD who coordinated the study. "These assessments could provide crucial information for improving biodiversity management and promoting sustainable economic development in Africa. They are, however, not intended to replace the comprehensive assessments carried out by the IUCN which lead to official statuses. The two approaches are complementary, and a significant international effort is still needed to assess all plant species in Africa," he urges.

"These results were possible because the partners involved agreed to share their data," says Bonaventure Sonké, professor at the Laboratory of Systematic Botany and Ecology of the Ecole Normale Supérieure (University Yaounde 1, Cameroon). "This is a strong signal to encourage researchers to share their data, in order to obtain results on a larger scale."