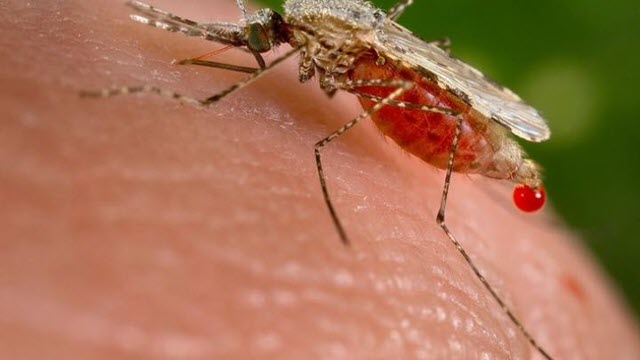 Typhoid Mary may have infected 100 or more people, but asymptomatic carriers of malaria infect far more people every year. An international team of researchers is working toward a way to identify malaria patients including infected individuals who show no malaria symptoms.

People who have malaria but are not symptomatic abound in the heaviest areas of malaria infestation. Even blood tests do not necessarily pick up infection with the plasmodium parasite, especially at low parasite densities. DNA tests for the parasite usually show infection, but they are far from rapid.

"Our previous work in a mouse model found that malaria infection altered the odors of infected mice in ways that made them more attractive to mosquitoes, particularly at a stage of infection where the transmissible stage of the parasite was present at high levels," said Consuelo De Moraes, adjunct professor of biology, Penn State, and professor of environmental systems science, ETH Zurich. "We also found long-term changes in the odor profiles of infected mice."

The researchers wanted to see if they could identify changes in human odors associated with malaria infection that might be useful for diagnosing infected individuals. They were particularly interested in identifying those who were infected, but had no symptoms. The researchers initially used microscopy and an SD Bioline Rapid Diagnostic Test to identify patients with malaria. Because these methods have limited sensitivity, particularly when parasite loads are low, infections were confirmed by DNA tests. They identified 333 people who unambiguously were either infected with malaria or were not infected with malaria.

Only if both microscopy and DNA studies were negative were subjects considered malaria-free. Infected patients for the initial studies were both microscopy and DNA positive for malaria. In some later analyses, the researchers included 77 people who were positive for malaria according to DNA, but showed no parasites in the microscopic tests. Malaria infection does not create new volatile chemicals in the body, but alters the amounts—up or down—of volatile chemicals that are already present in the odors of healthy people.

"It is interesting that the symptomatic and asymptomatic infections were different from each other as well as from healthy people," said Mark C. Mescher, adjunct professor of biology, Penn State, and professor of environmental systems science, ETH Zurich.

This difference among infected, infected asymptomatic, and healthy individuals may eventually lead to tests capable of rapidly and accurately identifying infected people, even those without symptoms.

The researchers report in the Proceedings of the National Academy of Sciences that predictive models using machine learning reliably identify infection status based on volatile biomarkers. They state "our models identified asymptomatic infections with 100 percent sensitivity, even in the case of low-level infections not detectable by microscopy." These results far exceed any currently available rapid diagnostic tests.

"But, we should emphasize that we are a long way away from developing a practical diagnostic assay based on odor cues," said De Moraes.

For a test to succeed it would need to be rapidly and cheaply deployable under field conditions, but still detect infections with high sensitivity.

"In the near term, our goal is to refine the current findings to find the most reliable and effective biomarkers we can," said Mescher. "This is really basic science to identify the biomarkers of malaria. There is still a lot more work to be done to develop a practical diagnostic assay."