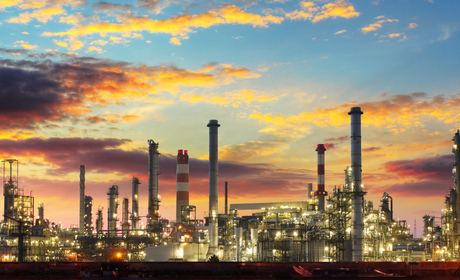 An Argonne study found that gasoline and diesel refined from Canadian oil sands have a higher carbon impact than fuels derived from conventional domestic crude sources.Image credit: Shutterstock via Argonne National LaboratoryThe research, which was conducted in collaboration with Stanford University and the University of California at Davis, shows variability in the increase of greenhouse gas impacts, depending on the type of extraction and refining methods. But generally speaking, fuel extracted and refined from Canadian oil sands will release approximately 20 percent more carbon into the atmosphere over its lifetime than fuel from conventional domestic crude sources.

“This is important information about the greenhouse gas impact of this oil source, and this is the first time it has been made available at this level of fidelity,” said Hao Cai, the Argonne researcher who led the study. “Canadian oil sands accounted for about nine percent of the total crude processed in U.S. refineries in 2013, but that percentage is projected to rise to 14 percent in 2020.”

Argonne is a recognized global leader in analyzing the environmental impacts of transportation fuels, ranging from conventional gasoline to biofuels to electricity and hydrogen. The laboratory’s Greenhouse gases, Regulated Emissions, and Energy use in Transportation (GREET) model is the premier tool for analyzing the environmental footprints of fuels and vehicle technologies. GREET looks at all of the energy inputs for a given fuel pathway, from extraction to transportation, refining and combustion, to determine the full life-cycle energy and emissions impacts.

Canadian oil sands are extracted using two processes, both of which are energy-intensive. Oil close to the surface can be mined, but still must be heated to separate the oil from the sand. Deeper sources of oil are extracted in situ, requiring even more energy when steam is injected underground, heating the oil to the point it can be pumped to the surface. The extracted oil product, known as bitumen, can be moved as is to refineries in the United States, or refined on site to upgraded synthetic crude, depending on the requirements of the destination refinery. 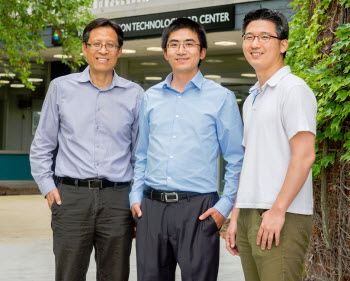 A new study by Argonne analyzes the life-cycle carbon impacts of fuels derived from Canadian oil sands. The study was conducted by, from left, senior scientist and group lead Michael Wang, principal investigator Hao Cai, energy systems analyst Jeongwoo Han, and life-cycle analysis team lead Amgad Elgowainy (not pictured). Photo credit: Mark LopezGenerally speaking, the carbon intensity of the fuel is higher for oil extracted in situ and for oil that is refined to synthetic crude. Depending on the extraction technologies (surface mining vs. in situ) and oil sands products (bitumen vs. synthetic crude oil), the carbon intensity of finished gasoline can vary from 8-24 percent higher than that from conventional U.S. crudes.

The Argonne study is the most in-depth look at the carbon impacts of Canadian oil sands ever conducted. It is part of the laboratory’s ongoing effort to characterize the environmental impacts of all types of transportation fuels.

“It was common knowledge that Canadian oil sand extraction was energy intensive, but no study was able to quantify that intensity with this level of detail and certainty,” said Michael Wang, Argonne’s leading expert on fuel cycle analysis. “This information will be important for industry and policy makers as they chart a path forward to meet the fuel demands of the U.S., while minimizing the environmental impact of that fuel.”

The research was funded by the Bioenergy Technologies Office and Vehicle Technologies Office within DOE’s Office of Energy Efficiency and Renewable Energy. The full article, "Well-to-Wheels Greenhouse Gas Emissions of Canadian Oil Sands Products: Implications for U.S. Petroleum Fuels," can be found online.