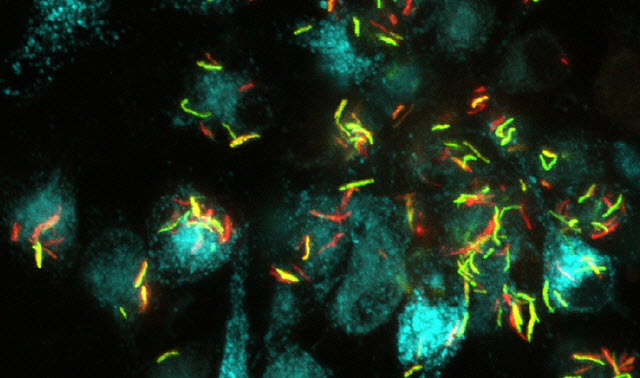 Robert Abramovitch, an MSU microbiologist, uses a synthetic biosensor that glows green in response to conditions that mimic TB infection, something he developed earlier in his research.Courtesy photo

A centuries-old herbal medicine, discovered by Chinese scientists and used to effectively treat malaria, has been found to potentially aid in the treatment of tuberculosis and may slow the evolution of drug resistance.

In a promising study led by Robert Abramovitch, a Michigan State University microbiologist and TB expert, the ancient remedy artemisinin stopped the ability of TB-causing bacteria, known as Mycobacterium tuberculosis, to become dormant. This stage of the disease often makes the use of antibiotics ineffective.

The study is published in the journal Nature Chemical Biology. 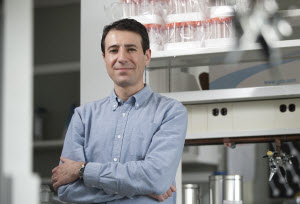 Robert Abramovitch of MSU's Department of Microbiology and Molecular Genetics.Courtesy photo“When TB bacteria are dormant, they become highly tolerant to antibiotics,” Abramovitch said, an assistant professor in the College of Veterinary Medicine. “Blocking dormancy makes the TB bacteria more sensitive to these drugs and could shorten treatment times.”

One-third of the world’s population is infected with TB and the disease killed 1.8 million people in 2015, according to the Centers for Disease Control and Prevention.

Mycobacterium tuberculosis, or Mtb, needs oxygen to thrive in the body. The immune system starves this bacterium of oxygen to control the infection. Abramovitch and his team found that artemisinin attacks a molecule called heme, which is found in the Mtb oxygen sensor. By disrupting this sensor and essentially turning it off, the artemisinin stopped the disease’s ability to sense how much oxygen it was getting.

“When the Mtb is starved of oxygen, it goes into a dormant state, which protects it from the stress of low-oxygen environments,” Abramovitch said. “If Mtb can’t sense low oxygen, then it can’t become dormant and will die.”

Abramovitch indicated that dormant TB can remain inactive for decades in the body. But if the immune system weakens at some point, it can wake back up and spread. Whether it wakes up or stays ‘asleep’ though, he said TB can take up to six months to treat and is one of the main reasons the disease is so difficult to control.

“Patients often don’t stick to the treatment regimen because of the length of time it takes to cure the disease,” he said. “Incomplete therapy plays an important role in the evolution and spread of multi-drug resistant TB strains.”

He said the research could be key to shortening the course of therapy because it can clear out the dormant, hard-to-kill bacteria. This could lead to improving patient outcomes and slowing the evolution of drug-resistant TB.

After screening 540,000 different compounds, Abramovitch also found five other possible chemical inhibitors that target the Mtb oxygen sensor in various ways and could be effective in treatment as well.

“Two billion people worldwide are infected with Mtb,” Abramovitch said. “TB is a global problem that requires new tools to slow its spread and overcome drug resistance. This new method of targeting dormant bacteria is exciting because it shows us a new way to kill it. ”

The National Institutes of Health, MSU AgBioResearch, and the Bill and Melinda Gates Foundation funded the research. Other MSU researchers involved in the study include Huiqing Zheng, Christopher Colvin, and Benjamin Johnson in the Department of Microbiology and Molecular Genetics, as well as collaborators from Sweet Briar College and the University of Michigan. 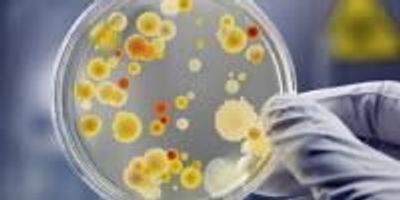