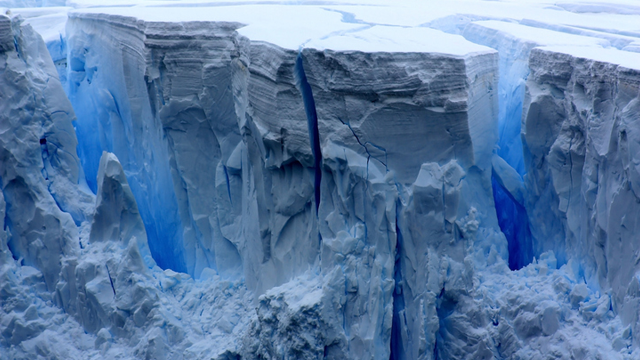 Heat from the landmass beneath the Antarctic ice sheet is a major contributor to the way that glaciers melt and flow—and their impact on potential sea level rise. Hotter conditions allow meltwater to lubricate the base of the glacier, accelerating its movement and the rate of ice loss.

However, because of the environmental, logistical, and financial challenges of accessing bedrock through ice up to several kilometers thick, drillcore samples have never been taken to directly measure the temperature conditions at the base of the ice sheet. Scientists therefore assume a fixed value for the amount of heat generated by the Earth’s crust in Antarctica—as if the bedrock was uniform when in fact it’s highly variable.

Research by UniSA is challenging these assumptions and suggests scientists may have underestimated the heat generated by the bedrock in East Antarctica.

UniSA PhD student Alicia Pollett, under the supervision of UniSA associate professor of geology and geochemistry Tom Raimondo, has used samples from a Geoscience Australia /  SA Department of Energy & Mining drilling program in South Australia’s far west, in an area called The Coompana Province, to estimate heat flow in East Antarctica. Australia and East Antarctica were conjoined 160 million years ago.

“The findings show that there is significant variability in the heat generated by the bedrock in southern Australia that was previously joined to Antarctica,” Raimondo says.

“Because East Antarctica and southern Australia were once part of the same landmass, almost like two pieces of the same jigsaw puzzle, we can extrapolate the data from the coastline of Australia to its matching coastline in Antarctica with a high level of confidence.

“Our research provides a more robust model for heat flow in East Antarctica.

“The results suggest scientists have underestimated the amount of heat generated from naturally occurring radiation in the rocks beneath East Antarctica—meaning that large areas are potentially more vulnerable to ice sheet movement and accelerated melting than we previously thought.”

The rocks beneath the ice sheets generate heat because they contain small amounts of the elements uranium, thorium and potassium, which undergo natural radioactive decay to release heat.

UniSA PhD student Alicia Pollett says the research findings will allow scientists to more accurately estimate the effect of geothermal heat flow from the Antarctic crust on the ice above.

“This is the first step towards a more representative heat flow map of the Antarctic crust, which will assist the scientific community to more accurately predict sea level rise caused by melting ice,” she says.

Although it hasn’t yet been possible to obtain core samples of bedrock in Antarctica, the glaciers themselves have served a useful purpose in exposing the rocks at their base. The glaciers pick up rocks as they move across the landscape and eventually deposit them as debris at their edges and ends.

Raimondo says these samples, including some collected on the expedition led by Sir Douglas Mawson between 1911 and 1914, allow them to develop a “virtual drillcore” which can be used to help calculate heat flow maps.

“Our next ambition is to produce a web-based map containing a compilation of all published and legacy geological data from decades of research in Antarctica and to make it available to all researchers,” he says.

The research paper, "Heat flow in southern Australia and connections with East Antarctica," is published in the journal of Geochemistry, Geophysics, Geosystems.