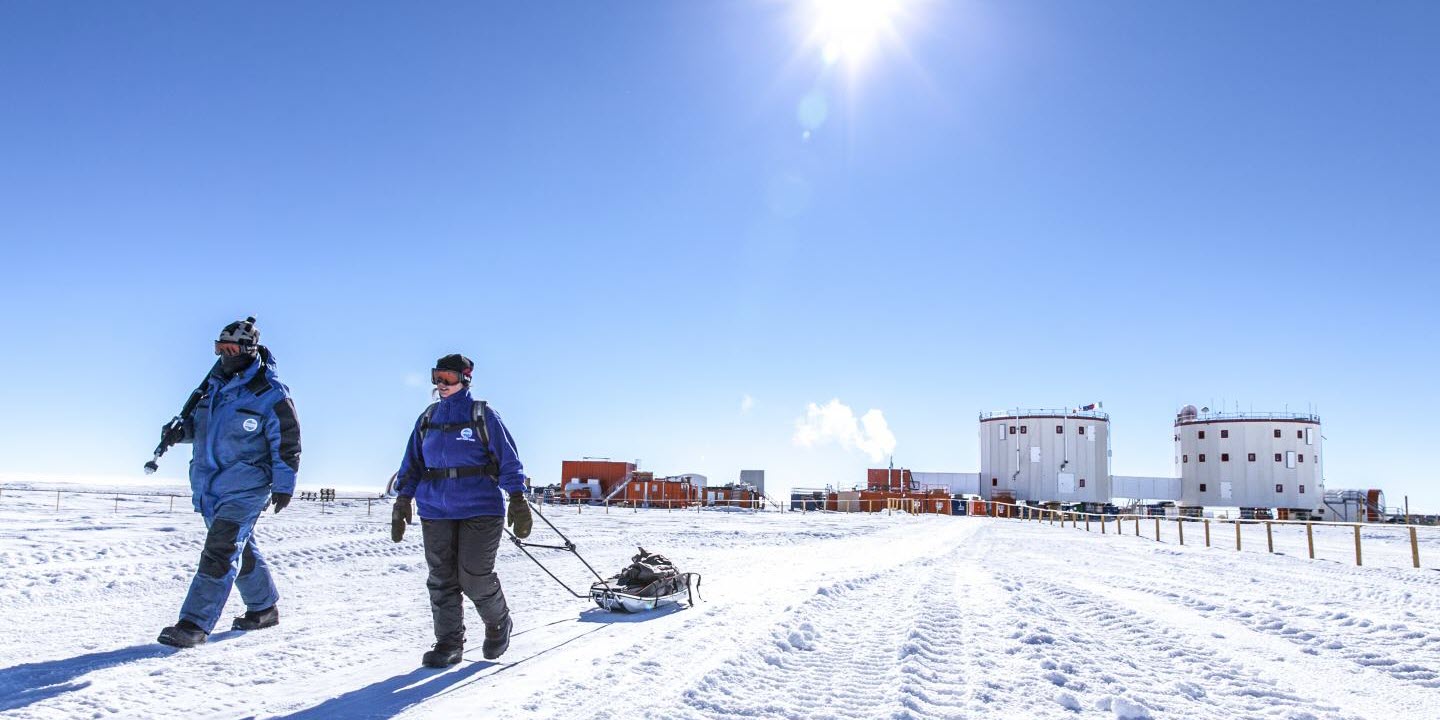 A new measurement technology developed at the University of Bern provides unique insights into the climate of the past. Previous CO2 concentrations in the atmosphere could be reconstructed more accurately than ever before, thanks to high-resolution measurements made on an Antarctic ice core. The study, which analyzed the Earth's atmospheric composition between 330,000 and 450,000 years ago, was made possible by the commitment of experts, and their decades of experience, at the University of Bern. The results of the study have been published in Science.

In 2008, the Bern ice core specialists were able to show that the CO2 concentration in the atmosphere during the last 800,000 years was consistently much lower than today. Since then, the ice core experts have built upon those findings enabling a much more detailed reconstruction of the 330,000 to 450,000 year time window. Until now, the maximum speed and frequency of naturally occurring centennial scale jumps in the CO2 concentration remained unknown. This study shows that abrupt CO2 rises are a pervasive feature of our climate system and that they can even occur during interglacial periods. "Until now, it had been assumed that the climate was very stable during previous interglacial periods and that there were no abrupt changes in the atmospheric CO2 concentration," explains Christoph Nehrbass-Ahles, lead author of the study, who earned a doctorate from the University of Bern and is now based at the University of Cambridge. According to Nehrbass-Ahles, the abrupt rises were always evident when melting ice masses in Greenland or Antarctica considerably disturbed the ocean circulation. If the CO2 in the atmosphere rose quickly, simultaneous changes in the Atlantic Ocean's circulation could also be detected.

The researchers compared the CO2 jumps of the past with the ongoing human-driven rise of CO2 concentration in the atmosphere. According to Stocker, the largest centennial CO2 jump in the past was around 15 ppm (parts per million is the unit for atmospheric CO2 concentration), which is approximately equivalent to the increase caused by humankind over the last of six years. "This may not seem significant at first glance," says Stocker, "but in light of the quantities of CO2 that we are still allowed to emit in order to achieve the 1.5°C climate target agreed in Paris, such increases are definitely relevant." The findings of this study put us under even greater pressure to protect the climate.