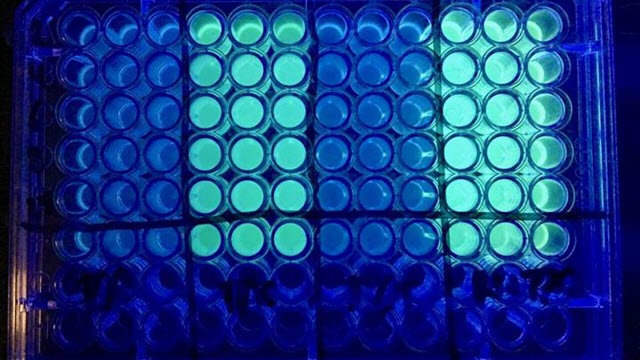 A common antibacterial substance found in toothpaste may combat life-threatening diseases such as cystic fibrosis, or CF, when combined with an already FDA-approved drug.

Michigan State University researchers have found that when triclosan, a substance that reduces or prevents bacteria from growing, is combined with an antibiotic called tobramycin, it kills the cells that protect the CF bacteria, known as Pseudomonas aeruginosa, by up to 99.9 percent.

CF is a common genetic disease with one in every 2,500 to 3,500 people diagnosed with it at an early age. It results in a thick mucus in the lungs, which becomes a magnet for bacteria.

These bacteria are notoriously difficult to kill because they are protected by a slimy barrier known as a biofilm, which allows the disease to thrive even when treated with antibiotics.

"The problem that we're really tackling is finding ways to kill these biofilms," said Chris Waters, lead author of the study and a microbiology professor.

According to Waters, there are many common biofilm-related infections that people get such as ear infections and swollen, painful gums caused by gingivitis. But more serious, potentially fatal diseases join the ranks of CF including endocarditis, or inflammation of the heart, as well as infections from artificial hip and pacemaker implants.

The research is published in the journal Antimicrobial Agents and Chemotherapy.

Waters and his co-authors, Michael Maiden and Alessandra Hunt, grew 6,000 biofilms in petri dishes, added in tobramycin along with many different compounds, to see what worked better at killing the bacteria. Twenty-five potential compounds were effective, but one stood out.

"It's well known that triclosan, when used by itself, isn't effective at killing Pseudomonas aeruginosa," said Hunt, a post-doctoral associate of microbiology and molecular genetics. "But when I saw it listed as a possible compound to use with tobramycin, I was intrigued. We found triclosan was the one that worked every time."

Triclosan has been used for more than 40 years in soaps, makeup and other commercial products because of its antibacterial properties. Recently, the FDA ruled to limit its use in soaps and hand sanitizers due to insufficient data on its increased effectiveness and concern that it was being overused. Clear evidence has shown, though, that its use in toothpaste is safe and highly effective in fighting gingivitis, and it is still approved for use.

"Limiting its use is the right thing to do," Maiden said, a graduate student in medicine. "The key is to avoid creating resistance to a substance so when it's found in numerous products, the chances of that happening increase."

Tobramycin is currently the most widely used treatment for CF, but it typically doesn't clear the lungs of infection, Waters said. Patients typically inhale the drug, yet find themselves chronically infected their whole lives, eventually needing a lung transplant.

"Most transplants aren't a viable option though for these patients and those who do have a transplant see a 50 percent failure rate within five years," he said. "The other issue is that tobramycin can be toxic itself."

Known side effects from the drug include kidney toxicity and hearing loss.

"Our triclosan finding gives doctors another potential option and allows them to use significantly less of the tobramycin in treatment, potentially reducing its use by 100 times," Hunt said.

Within the next year, Waters and his colleagues will begin testing the effectiveness of the combination therapy on mice with hopes of it heading to a human trial soon after since both drugs are already FDA approved.

Just brushing your teeth with toothpaste that has triclosan won't help to treat lung infections though, Maiden said.

"We're working to get this potential therapy approved so we can provide a new treatment option for CF patients, as well as treat other biofilm infections that are now untreatable. We think this can save lives." 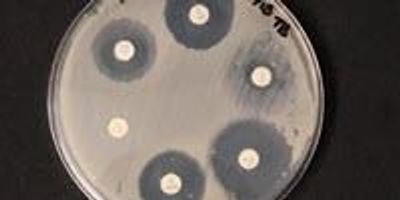 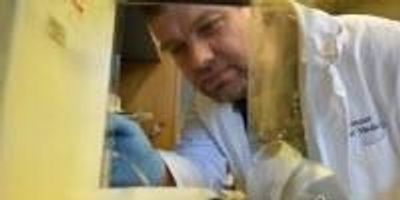