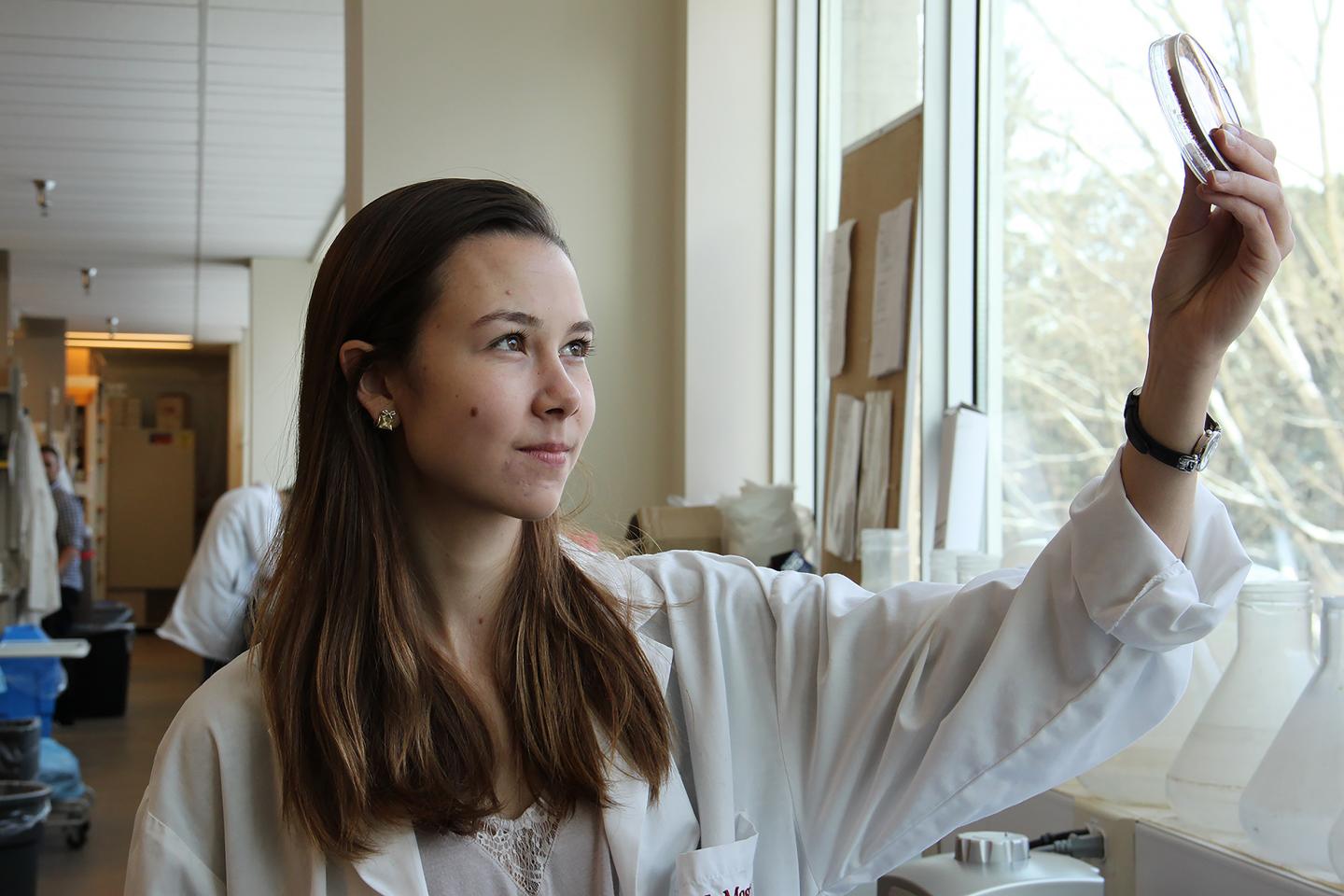 HAMILTON, ON, CANADA — February 12, 2020 — A new group of antibiotics with a unique approach to attacking bacteria has been discovered, making it a promising clinical candidate in the fight against antimicrobial resistance.

The newly-found corbomycin and the lesser-known complestatin have a never-before-seen way to kill bacteria, which is achieved by blocking the function of the bacterial cell wall. The discovery comes from a family of antibiotics called glycopeptides that are produced by soil bacteria.

The researchers also demonstrated in mice that these new antibiotics can block infections caused by the drug resistant Staphylococcus aureus which is a group of bacteria that can cause many serious infections.

The findings were published in Nature Feb. 12.

"Bacteria have a wall around the outside of their cells that gives them shape and is a source of strength," said study first author Beth Culp, a PhD candidate in biochemistry and biomedical sciences at McMaster University.

"Antibiotics like penicillin kill bacteria by preventing building of the wall, but the antibiotics that we found actually work by doing the opposite—they prevent the wall from being broken down. This is critical for cell to divide.

"In order for a cell to grow, it has to divide and expand. If you completely block the breakdown of the wall, it is like it is trapped in a prison, and can't expand or grow."

Looking at the family tree of known members of the glycopeptides, researchers studied the genes of those lacking known resistance mechanisms, with the idea they might be an antibiotic demonstrating a different way to attack bacteria.

"We hypothesized that if the genes that made these antibiotics were different, maybe the way they killed the bacteria was also different," said Culp.

The group confirmed that the bacterial wall was the site of action of these new antibiotics using cell imaging techniques in collaboration with Yves Brun and his team from the Université de Montréal.

Culp said: "This approach can be applied to other antibiotics and help us discover new ones with different mechanisms of action. We found one completely new antibiotic in this study, but since then, we've found a few others in the same family that have this same new mechanism."