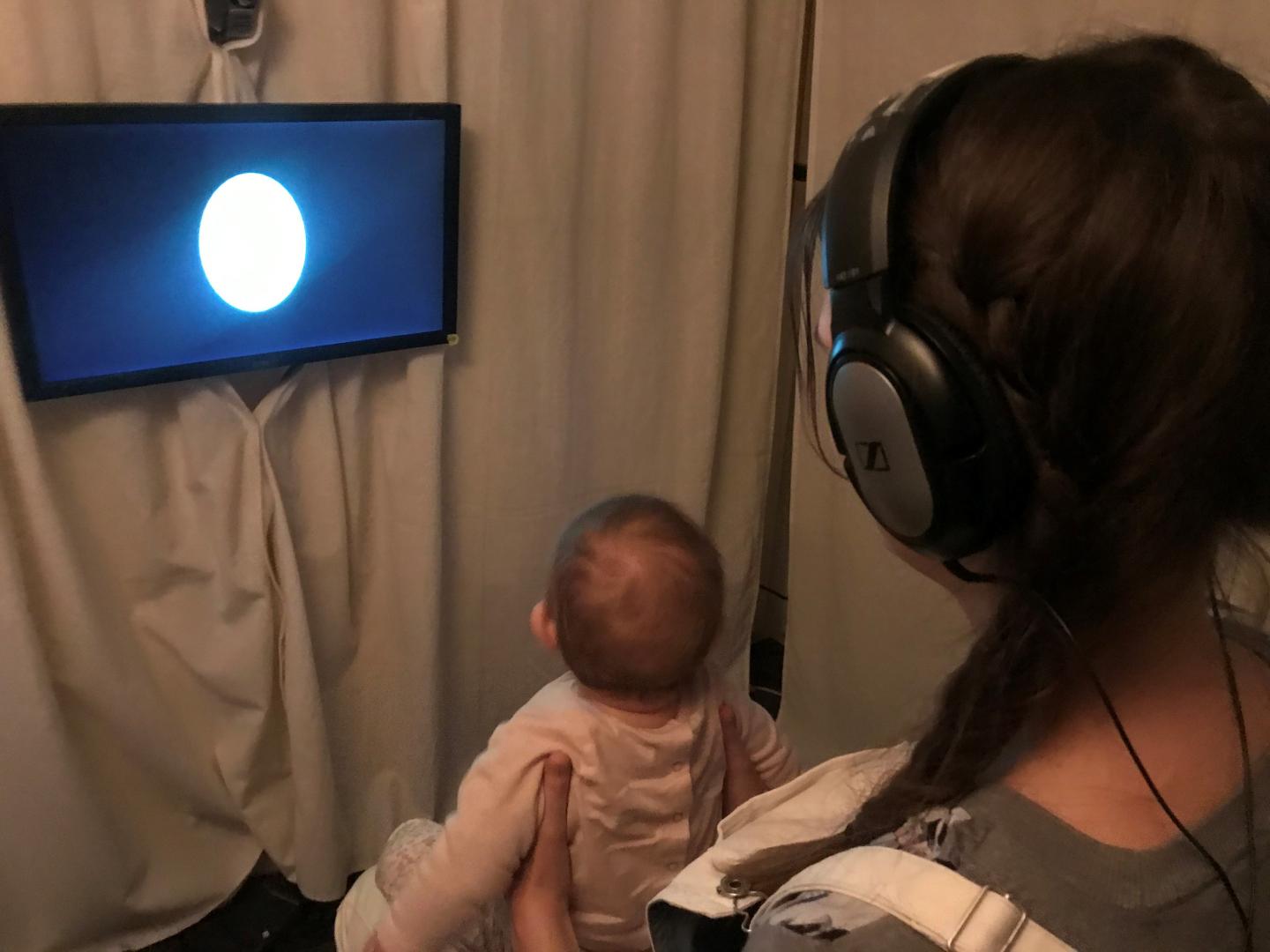 Babies listened to a four-minute recording—in a simple artificial language—in which frequent words, imitating functors, alternated with rarer ones, imitating content words. Then they heard short sentences in the language, half of which adopted French word order (frequent-word-initial). During this part of the experiment, a longer gaze was interpreted as a sign of the infant's preference.
© Caterina Marino / CNRS / INCC

Even before uttering their first words, babies master the grammar basics of their mother tongue. Thus eight-month-old French infants can distinguish function words, or functors—e.g. articles (the), personal pronouns (she), or prepositions (on)—from content words—e.g. nouns (rainbow), verbs (to drive), or adjectives (green). Functors are frequently encountered because there are fewer of them, and they are placed before content words in languages such as English and French.

In contrast, there is a much greater diversity of content words, which are also longer.

Experiments conducted by three researchers from the Integrative Neuroscience and Cognition Center (CNRS/Université de Paris) with 175 eight-month-old babies, using a simple artificial language, demonstrated that these infants understood functors were more frequent and came before content words in their mother tongue (French). The young participants quickly adapted to new content words but showed little interest for newly introduced functors—as though already aware there were only a limited number of prepositions, determiners, and other words in this category.

Babies' preferences were evaluated by observing how long they looked at visual displays associated with the grammar words. This study appears in Current Biology, March 12, 2020.