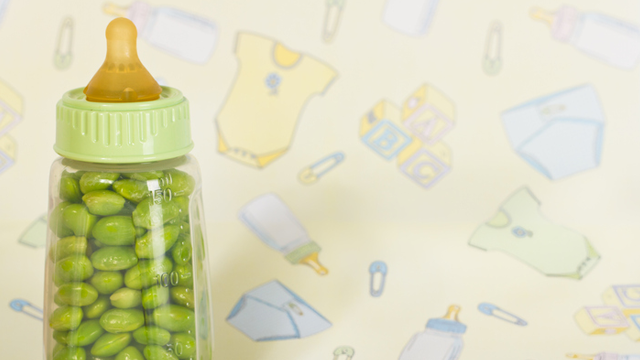 Infants who consumed soy-based formula as newborns had differences in some reproductive-system cells and tissues, compared to those who used cow-milk formula or were breastfed, according to a new study. The researchers say the differences, measured in the months after birth, were subtle and not a cause for alarm, but reflect a need to further investigate the long-term effects of exposure to estrogen-like compounds found in soy-based formulas.

"Soy formula contains high concentrations of plant-based estrogen-like compounds, and because this formula is the sole food source for many babies in the first six months of life, it's important to understand the effects of exposure to such compounds during a critical period in development," said Virginia A. Stallings, MD, director of the Nutrition Center at Children's Hospital of Philadelphia (CHOP). Stallings is a senior author of a new study published online March 1 in the Journal of Clinical Endocrinology and Metabolism.

The study was funded and led by the National Institute of Environmental Health Sciences (NIEHS), part of the National Institutes of Health. The first author is Margaret A. Adgent, MSPH, PhD, formerly of NIEHS, now at Vanderbilt University Medical Center. Adgent said, "Modern soy formula has been used safely for decades. However, our observational study found subtle effects in estrogen-responsive tissues in soy-fed infants, and we don't know if these differences are associated with long-term health effects."

Some mothers who don't breastfeed have long used soy formula as an alternative to cow-milk formula, often from concerns about milk allergies, lactose intolerance, or other feeding difficulties. However, soy protein contains high amounts of genistein, an estrogen-like compound. Like other estrogen-mimicking chemicals found in the environment, genistein can alter the body's endocrine system and potentially interfere with normal hormonal development. In laboratory studies genistein causes abnormal reproductive development and function in rodents, but little is known about its effects on infants.

The current study investigated the postnatal development of estrogen-responsive tissues, along with specific hormone levels, according to infant feeding practices. The researchers particularly compared infants fed with soy formula to those fed with cow-milk formula and breastfed infants.

Of 410 infant-mother pairs enrolled, 283 pairs completed the study. Of those, 102 infants exclusively fed on soy formula, 111 on cow-milk formula, and 70 on breast milk. "This was an observational study, not a randomized trial," said Stallings. "All of the mothers had decided on their feeding preferences before we enrolled them in the study."

Approximately half of the babies were girls, and 70 percent of the infants were African American. They were born in eight Philadelphia-area hospitals between 2010 and 2013, and enrolled in the Infant Feeding and Early Development (IFED) Study.

All of the infants were evaluated at CHOP, where researchers repeatedly performed measurements up to age 28 weeks in the boys and age 36 weeks in the girls. The study team assessed three sets of outcomes: a maturational index (MI) based on epithelial cells from the children's urogenital tissue; ultrasound measurements of uterine, ovarian and testicular volume, as well as breast-buds; and hormone concentrations seen in blood tests. 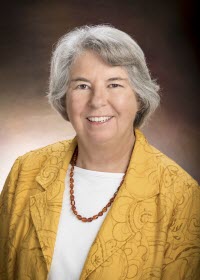 Virginia A. Stallings, MD, is director of the Nutrition Center at Children's Hospital of Philadelphia.Photo credit: Children's Hospital of Philadelphia"The main differences we found related to different feeding preferences were among the girls," said Stallings. Compared to girls fed cow-milk formula, those fed soy formula had developmental trajectories consistent with responses to estrogen exposure. Vaginal cell MI was higher and uterine volume decreased more slowly in soy-fed girls, both of which suggest estrogen-like responses. The study team found similar patterns in differences between soy-fed girls and breastfed girls.

"We don't know whether the effects we found have long-term consequences for health and development, but the question merits further study," said Stallings. In addition to replication studies by other researchers, she added that ideally the children in this cohort should be followed later into childhood and adolescence.

She added, "For new and expectant mothers deciding on how to feed their infants, as always, we strongly support breastfeeding, as recommended by the American Academy of Pediatrics." For mothers who prefer giving formula, the AAP does not recommend soy formula for preterm infants, but states that soy formula is indicated for infants with hereditary disorders that make them unable to properly digest milk, such as galactosemia and the rare condition hereditary lactase deficiency. It also recommends soy formula "in situations in which a vegetarian diet is preferred."