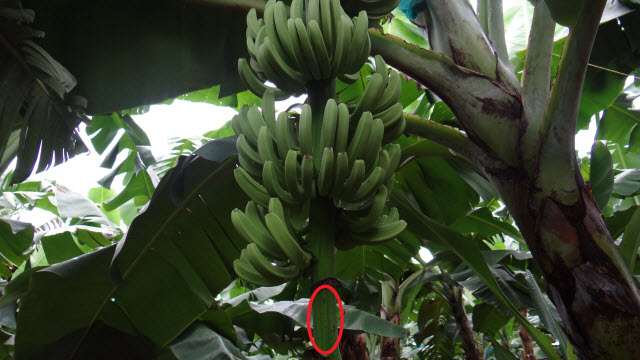 NEW ORLEANS, March 21, 2018 — No doubt about it, ice cream is a great treat on a hot day. That is, until it drips down the sides of a cone or turns into soup in a bowl. Now scientists say they are closing in on a cool solution to this sticky problem. They’ve found that adding tiny cellulose fibers extracted from banana plant waste to ice cream could slow melting, increase shelf life, and potentially replace fats used to make the tasty treat.

The researchers are presenting their work today at the 255th National Meeting & Exposition of the American Chemical Society (ACS). ACS, the world’s largest scientific society, is holding the meeting here through Thursday. It features more than 13,000 presentations on a wide range of science topics.

“Our findings suggest that cellulose nanofibers extracted from banana waste could help improve ice cream in several ways,” Robin Zuluaga Gallego, PhD, says. “In particular, the fibers could lead to the development of a thicker and more palatable dessert, which would take longer to melt. As a result, this would allow for a more relaxing and enjoyable experience with the food, especially in warm weather.”

In 2016, American dairies produced more than 1.3 billion gallons of ice cream, according to the U.S. Department of Agriculture. And each year, the average American consumes about 23 pounds of this dessert, according to the International Dairy Foods Association.

Despite its popularity, ice cream does have some drawbacks that food scientists have struggled to overcome. Most obviously, it can melt when exposed to heat. In recent years, researchers have tried using wood pulp extracts to tackle this issue. In 2017, scientists in Japan developed a melt-resistant ice cream based on polyphenol compounds found in strawberries. Zuluaga Gallego, Jorge A. Velásquez Cock, and colleagues at the Universidad Pontificia Bolivariana (Colombia) have been investigating a different approach using banana plants, which are considered waste once the fruit is harvested. In particular, the researchers wanted to determine if they could slow down melting and extend the shelf life of ice cream using a fibrous extract from banana fruit stems, or rachis.

Working in collaboration with Douglas Goff, PhD, and colleagues at the University of Guelph (Canada), Zuluaga Gallego and Velásquez Cock extracted cellulose nanofibrils (CNFs), which are thousands of times smaller than the width of a human hair, from ground-up banana rachis. Then they mixed the CNFs into ice cream at varying concentrations, ranging from zero up to three-tenths of a gram per 100 grams of the dessert. Using a variety of analytical tools—including a rheometer, which measures how much force is needed to move a fluid, as well as a texturometer, which measures the hardness of ice cream—the researchers evaluated the effects that CNFs had on the popular frozen treat.

They found that ice creams mixed with CNFs tended to melt much more slowly than traditional ice creams. They also determined that CNFs could increase shelf life of ice cream, or at least decrease its sensitivity to temperature changes that occur when moved to and from the freezer. In addition, CNFs increased the viscosity of low-fat ice cream, which improved the creaminess and texture of the product. Velásquez Cock says this suggests that CNFs could help stabilize the fat structure in ice creams. As a result, CNFs could potentially replace some of the fats—and perhaps reduce calories—in these desserts.

Moving forward, the researchers plan to explore how different types of fat, such as coconut oil and milk fat, affect the behavior of CNFs in other frozen treats.

Zuluaga Gallego acknowledges funding from the Administrative Department of Science, Technology and Innovation of the Columbian government (COLCIENCIAS).

The American Chemical Society, the world’s largest scientific society, is a not-for-profit organization chartered by the U.S. Congress. ACS is a global leader in providing access to chemistry-related information and research through its multiple databases, peer-reviewed journals, and scientific conferences. ACS does not conduct research, but publishes and publicizes peer-reviewed scientific studies. Its main offices are in Washington, D.C., and Columbus, Ohio.