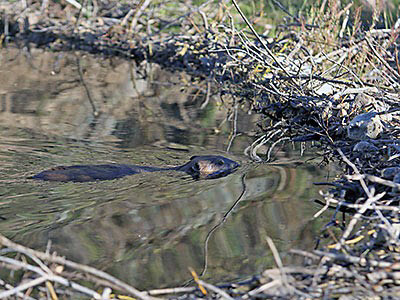 “Whether or not beaver dams are beneficial to trout and salmon has been hotly debated,” says ecologist Nick Bouwes, owner of Utah-based Eco Logical Research, Inc. and adjunct assistant professor in USU’s Department of Watershed Sciences.

Billions of dollars are spent for varied river restoration efforts each year in the United States, he says, but little evidence is available to support the efficacy of beaver dams.

“This may be due to the small scale of the limited research aimed at investigating restoration effects,” Bouwes says. “So, we conducted a large-scale experiment, where the effects of restoration on a watershed were compared to another watershed that received no restoration.”

Related Article: How Beavers are Slowly Changing the World

When Lewis and Clark made their way through the Pacific Northwest in the early 19th century, the area’s streams teemed with steelhead and beaver. But subsequent human activities, including harvesting beaver to near extirpation, led to widespread degradation of fish habitat. 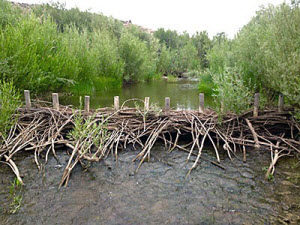 In Oregon's Bridge Creek Watershed, USU researchers built a number of beaver dam analogs to encourage increased beaver activity and restore healthy river habitat.Photo courtesy of Utah State UniversityBouwes says these activities may have also exacerbated stream channel incision, meaning a rapid down-cutting of stream beds, which disconnects a channel from its floodplain and near-stream vegetation from the water table. He notes beavers build dams in the incised trenches, but because of the lack of large, woody material, their dams typically fail within a year.

“It’s an ubiquitous environmental problem in the Columbia River Basin and throughout the world.” Bouwes says. “It sets a chain of ecological effects in motion that result in habitat destruction, including declines in fish populations and other aquatic organisms.”

To conduct the experiment, the researchers built beaver dam analogs, known as “BDAs,” by pounding wooden posts into the stream bed, and weaving willow branches between the posts, throughout the 32-kilometer study area.

“Our goal was to encourage beaver to build on stable structures that would increase dam life spans, capture sediment, raise the stream and reconnect the stream to its floodplain,” Bouwes says. “We expected this would result in both an increase in near-stream vegetation and better fish habitat.”

Beavers quickly occupied the BDAs, resulting in an increase in natural dam construction and longevity in Bridge Creek.

“What really impressed us was how quickly the stream bed built up behind the dams and how water was spilling onto the floodplain,” Bouwes says.

The researchers also documented increases in fish habitat quantity and quality in their study watershed relative to the watershed that received no BDAs and saw little increase in beaver activity. The changes in habitat in the watershed receiving BDAs resulted in a significant uptick in juvenile steelhead numbers, survival and production.

“This is, perhaps, the only study to demonstrate beaver-mediated restoration may be a viable and efficient strategy to rehabilitate incised streams and to increase imperiled fish populations,” Bouwes says. “With so many streams that need help, we need to look towards more cost-effective and proven means to restore streams, and beavers may be able to do a lot of the heavy lifting for us.” 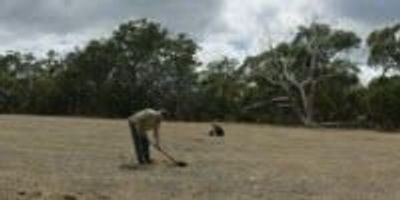 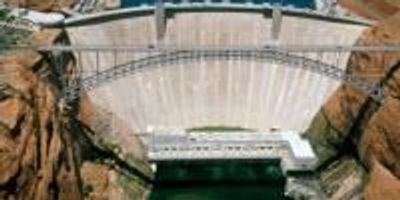 Dammed If You Do: Scientists Recommend Strategies to Reduce Environmental Damage from Dams

Dammed If You Do: Scientists Recommend Strategies to Reduce Environmental Damage from Dams 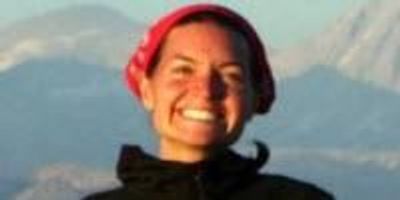