The image shows roasted barley as a human subject swallows it over the course of 1.2 secondsCREDIT: University at Buffalo

Before launching their latest science experiment, University at Buffalo researchers bought more than 200 types of tea, chocolate, herbs, and other foodstuffs.

The goal wasn't to stock up for long hours in the lab, but rather to find an elusive, edible contrast agent to show doctors what's happening inside our bodies.

The search culminated with a winner: barley. Turns out that a roasted version of the grain, when struck by a common laser beam, can illuminate the throat and the gastrointestinal track.

The discovery could improve our ability to diagnose swallowing disorders, which affect more than 15 million Americans, as well as gut disorders. What's more, because many human diets already include barley, it could be fast-tracked for medical use.

"It's really incredible. Here you have this common grain—it has been grown all over the world for thousands of years, and used to make tea, bread, beer—and we're just now finding another use for it as a contrast agent for medical imaging," says Jun Xia, PhD, assistant professor in the University at Buffalo Department of Biomedical Engineering.

Xia and 10 other UB co-authors described the experiment and its results in a study published in May in the journal Biomaterials.

An alternative to barium

Swallowing disorders, also known as dysphagia, can be an indication of a serious medical problem. They are caused by everything from cancer and Alzheimer's disease to missing teeth and neck injuries.

To test for dysphagia, doctors typically have patients drink a thick, chalky liquid called barium. Doctors then use X-rays, MRIs, or ultrasounds to look inside the throat. Each technique is limited with respect to safety, high-cost, and lack of adequate contrast, respectively.

Like barium, patients drink or are injected with a contrast agent—often newly developed nanoparticles made of metals, polymers, and other materials. A laser strikes the nanoparticles, generating pressure waves that can provide nuanced and real-time views inside the body.

One drawback to contrast-enhanced PACT is the often lengthy and expensive regulatory process for new contrast agents.

"That's what led us to search for edible alternatives. Because we've been eating or drinking these products, we know they're safe for most people," says study co-author Jonathan Lovell, PhD, associate professor in the Department of Biomedical Engineering, which is a joint program of UB's School of Engineering and Applied Sciences and the Jacobs School of Medicine and Biomedical Sciences at UB.

The researchers focused on dark foods and beverages because the darker the color, the more the foodstuff will absorb wavelengths from the laser and, theoretically, produce a clearer image.

Roasted barley, a grain used to produce beer, bread, and other products, provided the best results. Researchers were able to detect individual particles of it through 3.5 centimeters of chicken breast tissue, as well as through human hands.

Roasted barley tea—a drink common in Japan, Korea, and China—was detectable through 2.5 centimeters of chicken breast. It worked in human subjects as well, providing visualizations inside the human throat when swallowing. 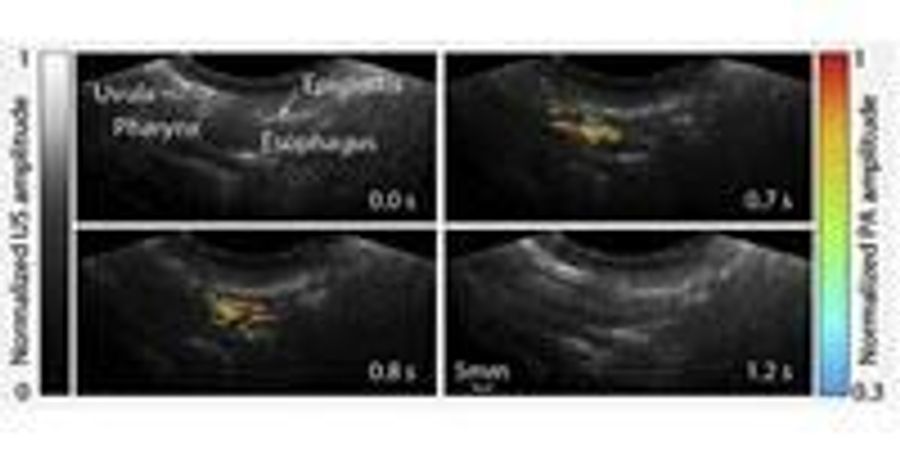 Beer. Soup. Barley's Next Great Use? A Medical Imaging Drink

Beer. Soup. Barley's Next Great Use? A Medical Imaging Drink