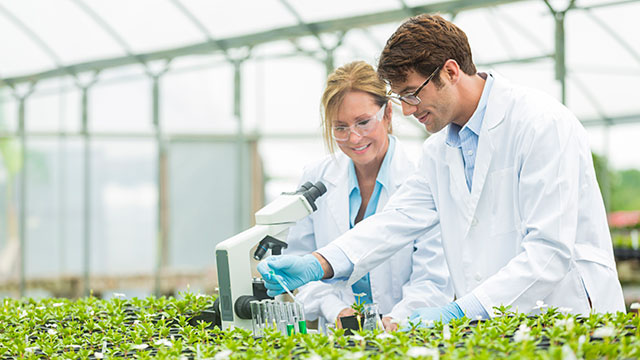 Employer bias was one potential reason for the STEM employment gap, the researchers concluded.

ITHACA, N.Y. – Whenever Cornell University demographer Sharon Sassler talks about her latest research, she has to restrain herself from singing the lyric, “Why can’t a woman be more like a man?” from the musical “My Fair Lady.”

Even when women were more like men 20 to 40 years ago, it didn’t help them get a job in science, technology, engineering and mathematics (STEM) fields, says Sassler, professor of policy analysis and management.

That’s according to Sassler’s new study on women who completed college STEM degrees in the 1970s through the early 1990s.

The study found that when women planned to delay marriage and limit the number of children they wanted—which would let them focus exclusively on work—they didn’t get the same employment opportunities in STEM as men. Of those graduating with a STEM degree, 41 percent of women and 53 percent of men were employed in a STEM job within two years of completing college—a statistically significant difference, the study said.

“These women have the characteristics of the ideal worker. They expect to have few family distractions and work in STEM both within five years and at midlife. They really have strong aspirations,” Sassler said. “But they were no more likely to enter STEM jobs than women who anticipated marrying young and having two or more children.”

The study, “The missing women in STEM?” was published in Social Science Research. Sassler’s co-authors include Yael Levitte, associate vice provost for faculty development and diversity at Cornell University.

The study fills a void in research on the “pipeline” for women’s employment in STEM fields. The transition from college to the workforce is a crucial—and poorly understood—section of the pipeline, Sassler said.

The researchers analyzed data from the 1979 National Longitudinal Surveys of Youth. This sample of young people ages 14-22 were interviewed in 1979, again as young adults and periodically through the present about their teenage career aspirations, fields of study during college, and occupations over time. The researchers focused on 163 women and 353 men who completed STEM bachelor degrees.

Employer bias was one potential reason for the STEM employment gap, the researchers concluded.

“You would think that a woman who intended to limit her fertility would be more hirable in demanding jobs,” Sassler said. “Men with similar family preferences, however, were more likely than women to transition into the STEM workforce. The women were not seen as desirable as men who said the same thing.”

“If a woman with a STEM degree said she didn’t want children, her peers and employers didn’t seem to believe her,” added Levitte.

Another major reason for the employment gap was women’s underrepresentation in STEM majors, the study said.

While only 15 percent of women earned a STEM degree, nearly 33 percent of men did. Moreover, men were significantly more likely than women to get degrees in computer science and engineering, majors that translate most frequently into a STEM job. In contrast, more women majored in life sciences, but often found non-STEM work.

Ideas about the roles men and women should play may also have kept women out of STEM jobs, the researchers said. Men in the study had more conservative views, saying that women should be responsible for domestic and childcare responsibilities. In contrast, women said couples should share housework and childcare.

“Women might have perceived potential colleagues or the broader STEM climate as too conservative to work in,” Levitte said.

Why Do Men Publish More Research Papers Than Women?

Why Do Men Publish More Research Papers Than Women?

Are Women and Minorities Well Represented in STEM?

Are Women and Minorities Well Represented in STEM?