By pairing an award-winning remote-detection version of NMR/MRI technology with a unique version of chromatography specifically designed for microfluidic chips, researchers with the U.S. Department of Energy (DOE)’s Lawrence Berkeley National Laboratory (Berkeley Lab) have opened the door to a portable system for highly sensitive multi-dimensional chemical analysis that would be impractical if not impossible with conventional technologies.

Alexander Pines, a faculty senior scientist in Berkeley Lab’s Materials Sciences Division and the Glenn T. Seaborg Professor of Chemistry at the University of California (UC) Berkeley, is one of the word’s foremost authorities on NMR (nuclear magnetic resonance) and its daughter technology, MRI (Magnetic Resonance Imaging). In this latest development, he led a collaboration in which a remote detection NMR/MRI technique that can rapidly identify the chemical constituents of samples in microfluidic “lab-on-a-chip” devices was used to perform analyses in a microscale monolithic chromatograph column.

“We have presented the first demonstration that a monolithic chromatograph column can be used to separate small molecules on a timescale that is compatible with NMR/MRI detection, an important first step to portable chromatographic devices,” says Vikram Bajaj, a project scientist in the Pines’ group who is the corresponding author of a paper describing this work in the journal Analytical Chemistry.

Chromatography is one of the indispensable tools of chemistry. By dissolving sample into a fluid – called the “mobile phase” – and flushing it through a solid medium – called the “stationary phase” – chemists can separate the sample’s constituent chemical species – called analytes – for identification and measurement, as well as for purification purposes. Analytes will be separated on the basis of how fast each individual species diffuses through the stationary phase.

“The coupling of our remote NMR/MRI technology with monolithic chromatography columns in a microfluidic chip enables us to obtain high resolution, velocity-encoded images of a mobile phase flowing through the stationary phase,” Bajaj says. “Our technique provides both real-time peak detection and chemical shift information for small aromatic molecules, and demonstrates the unique power of magnetic resonance, both direct and remote, in studying chromatographic processes.”

The coupling of remote NMR/MRI to chromatography was made possible by the polymer monolithic column, a technology developed by Analytical Chemistry paper co-author Frantisek Svec, a chemist who directs the Organic and Macromolecular Synthesis facility at Berkeley Lab’s Molecular Foundry, a DOE nanoscience center. In conventional chromatography, the stationary phase column is typically filled with porous polymer beads or some other discrete medium whose physical or chemical properties modulate the diffusion rates of analytes passing through. In Svec’s stationary phase, a chromatography column is filled with a monolithic solid polymer – meaning it is a single, continuous piece – that is perforated throughout with nanoscopic pores.

“Polymer monoliths as a separation media can be compared to a single large particle that does not contain inter-particular voids,” Svec says. “As a result, all the mobile phase must pass through the stationary phase as convective flow rather than diffusion during chromatographic processes. This convective flow greatly accelerates the rate of analyte separation.”

The remote NMR/MRI technology whose development was led by Pines won a 2011 R&D 100 Award. These awards, known as the “Oscars of Innovation,” recognize the year’s 100 most significant proven technological advances. Through a combination of remote instrumentation, JPEG-style image compression algorithms and other key enhancements, this remote NMR/MRI technology can zoom in on microscopic objects of interest within a sample flowing through the columns of a microfluidic chip with unprecedented spatial and time resolutions.

“Our remote NMR/MRI technology enables time-resolved imaging of multi-channel flow, dispenses with the need for large and expensive magnets for analysis, allows us to analyze complex and unprocessed mixtures in one pass, and adds portability to NMR/MRI,” Bajaj says.

“With our remote NMR/MRI technology and the polymer monoliths of Frank Svec’s group, we were able to look inside optically opaque microfluidic columns and measure the velocity of the flowing fluid during a chromatographic separation,” Bajaj says. “We were also able to demonstrate in-line monitoring of chromatographic separations of small molecules at high flow rates.”

Results using the remote NMR/MRI technique with the polymer monoliths showed a much better ability to discriminate between different analytes at the molecular level, Bajaj says, than comparable analysis using spectrometry based on either mass or optical properties. This paves the way for multidimensional analysis, in which the result of a chromatographic separation would be encoded into an NMR/MRI signal by charge, size or some other factor and stored. The encoded fluid would then be run through a second separation and those results would also be encoded into an NRM/MRI signal and stored.

“This would allow us to create a multidimensional chromatography experiment that does not require the fluid volume to be physically partitioned,” Bajaj says. “The fluid would, quite literally, be partitioned in the magnetic degrees of freedom instead.”

For more information about the research of Alexander Pines and his group, visit the Web at http://waugh.qb3.berkeley.edu/

For more information about the Molecular Foundry visit the Website at http://foundry.lbl.gov/

For more about the research of Frantisek Svec, visit the Website at http://www.lbl.gov/msd/investigators/investigators_all/svec_investigator.html 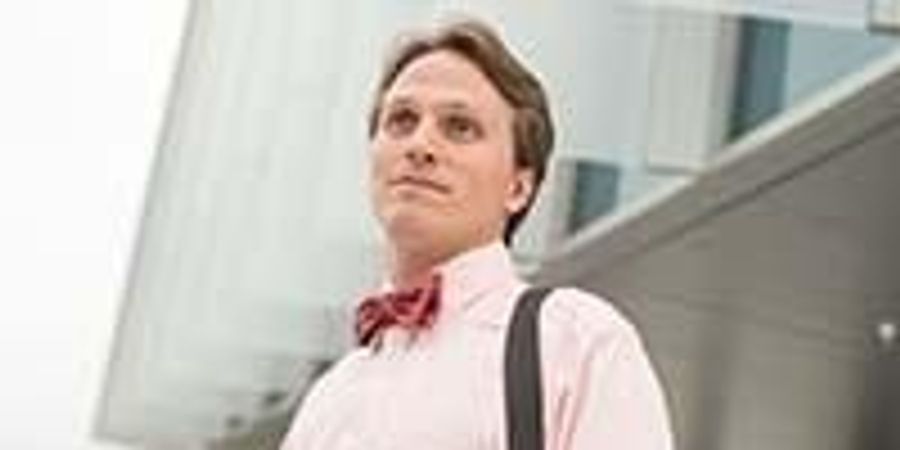