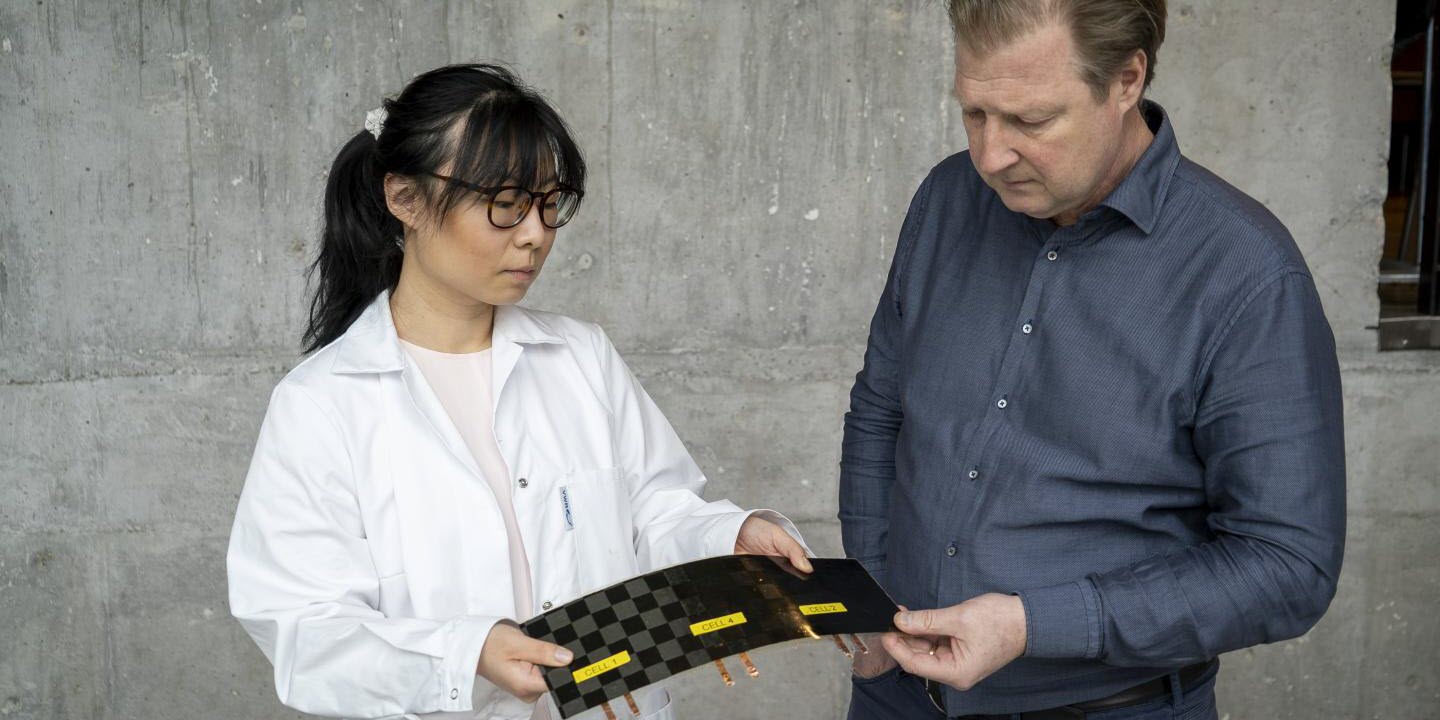 Researchers from Chalmers University of Technology have produced a structural battery that performs ten times better than all previous versions. It contains carbon fiber that serves simultaneously as an electrode, conductor, and load-bearing material. Their latest research breakthrough paves the way for essentially "massless" energy storage in vehicles and other technology.

The batteries in today's electric cars constitute a large part of the vehicles' weight, without fulfilling any load-bearing function. A structural battery, on the other hand, is one that works as both a power source and as part of the structure—for example, in a car body. This is termed massless energy storage, because in essence the battery's weight vanishes when it becomes part of the load-bearing structure. Calculations show that this type of multifunctional battery could greatly reduce the weight of an electric vehicle.

The development of structural batteries at Chalmers University of Technology has proceeded through many years of research, including previous discoveries involving certain types of carbon fiber. In addition to being stiff and strong, they also have a good ability to store electrical energy chemically. This work was named by Physics World as one of 2018's 10 biggest scientific breakthroughs.

The first attempt to make a structural battery was made as early as 2007, but it has so far proven difficult to manufacture batteries with both good electrical and mechanical properties. But now the development has taken a real step forward, with researchers from Chalmers, in collaboration with KTH Royal Institute of Technology in Stockholm, presenting a structural battery with properties that far exceed anything yet seen, in terms of electrical energy storage, stiffness, and strength. Its multifunctional performance is 10 times higher than previous structural battery prototypes.

The battery has an energy density of 24 Wh/kg, meaning approximately 20 percent capacity compared to comparable lithium-ion batteries currently available. But since the weight of the vehicles can be greatly reduced, less energy will be required to drive an electric car, for example, and lower energy density also results in increased safety. And with a stiffness of 25 GPa, the structural battery can really compete with many other commonly used construction materials.

"Previous attempts to make structural batteries have resulted in cells with either good mechanical properties, or good electrical properties. But here, using carbon fiber, we have succeeded in designing a structural battery with both competitive energy storage capacity and rigidity," explains Leif Asp, professor at Chalmers and leader of the project.

Structural battery composites cannot store as much energy as lithium-ion batteries, but have several characteristics that make them highly attractive for use in vehicles and other applications. When the battery becomes part of the load bearing structure, the mass of the battery essentially "disappears."
Yen Strandqvist/Chalmers University of Technology

The new battery has a negative electrode made of carbon fiber, and a positive electrode made of a lithium iron phosphate-coated aluminum foil. They are separated by a fiberglass fabric, in an electrolyte matrix. Despite their success in creating a structural battery 10 times better than all previous ones, the researchers did not choose the materials to try and break records—rather, they wanted to investigate and understand the effects of material architecture and separator thickness.

Now, a new project, financed by the Swedish National Space Agency, is underway, where the performance of the structural battery will be increased yet further. The aluminum foil will be replaced with carbon fiber as a load-bearing material in the positive electrode, providing both increased stiffness and energy density. The fiberglass separator will be replaced with an ultra-thin variant, which will give a much greater effect—as well as faster charging cycles. The new project is expected to be completed within two years.

Asp, who is leading this project too, estimates that such a battery could reach an energy density of 75 Wh/kg and a stiffness of 75 GPa. This would make the battery about as strong as aluminum, but with a comparatively much lower weight.

"The next-generation structural battery has fantastic potential. If you look at consumer technology, it could be quite possible within a few years to manufacture smartphones, laptops or electric bicycles that weigh half as much as today and are much more compact," says Asp.

And in the longer term, it is absolutely conceivable that electric cars, electric planes, and satellites will be designed with and powered by structural batteries.

"We are really only limited by our imaginations here. We have received a lot of attention from many different types of companies in connection with the publication of our scientific articles in the field. There is understandably a great amount of interest in these lightweight, multifunctional materials," says Asp.

- This press release was originally published on the Chalmers University website. It has been edited for style