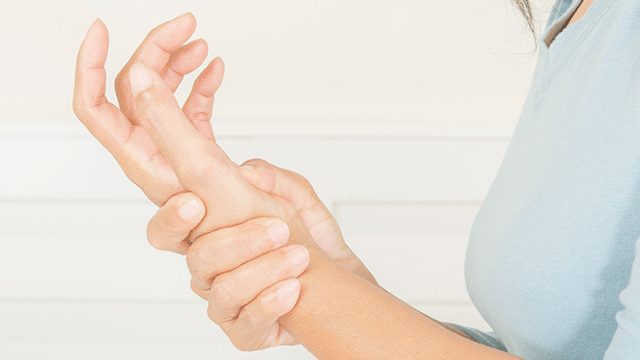 A bioelectronic medicine device was effective in reducing pain and fatigue in patients with lupus, according to Feinstein Institute for Medical Research Professor Cynthia Aranow, MD, who will present pilot clinical trial results Tuesday at the American College of Rheumatology/Association of Rheumatology Professional's (ACR/ARHP) Annual Meeting. These initial results offer promise to the five million people who battle the chronic and potentially fatal autoimmune disease around the world.

Lupus causes the immune system to lose the ability to differentiate between foreign agents and healthy tissue. The immune system becomes hyperactive, attacking healthy tissue while causing inflammation and damage to joints, skin and internal organs. Musculoskeletal pain is one of the most common lupus symptoms, affecting up to 95 percent of patients and contributing to a reduced quality of life. While there are immune-suppressing drugs that decrease disease flare-ups and inflammation, these drugs are not effective for all patients and are associated with side effects.

Dr. Aranow's study examined the safety and efficacy of vagus nerve stimulation by an innovative, proprietary device developed by researchers in the Feinstein Institute's Center for Bioelectronic Medicine to reduce the pain and inflammation of lupus. The vagus nerve, part of the body's peripheral nervous system, originates in the brain and branches out throughout the body. It controls the heart, lungs, and digestive tract and has been found in previous studies to be involved in reducing inflammation.

"Our study shows that vagus nerve stimulation significantly reduced pain and fatigue associated with lupus," said Dr. Aranow. "We will continue to study this therapy and the mechanisms involved."

This study builds on previous Feinstein Institute research in modulating neural pathways with bioelectronic medicine therapies, which have been shown to successfully treat rheumatoid arthritis and hold promise in other diseases and conditions, including paralysis, Crohn's disease and diabetes. The device tested in this study was developed by biotech engineers in the Center for Bioelectronic Medicine's Bioelectronics and Biosensing Lab, led by assistant professor Timir Datta-Chaudhuri, PhD.

"We took the stimulation parameters—the frequency, duration, and the intensity of the electrical pulses—identified by previous Feinstein Institute studies on the vagus nerve and immune system, and developed an external stimulation device that pulses through the ear," said Dr. Datta-Chaudhuri. "Many bioelectronic medicine devices are surgically implanted, and we wanted to see if an external device would be as effective, providing patients with an alternative to surgery. The initial results here suggest that our device has the potential to help patients. Further studies are needed to confirm this result."

"This study highlights the importance and success of a clinician/engineer partnership to bridge the gap between technology and treatment," Kevin J. Tracey, MD, president and CEO of the Feinstein Institute. "The Feinstein Institute is uniquely committed to this expertise by its leadership in the field of bioelectronic medicine. Advances in molecular mechanisms targeted by bioelectronic technology is improving the lives of patients."