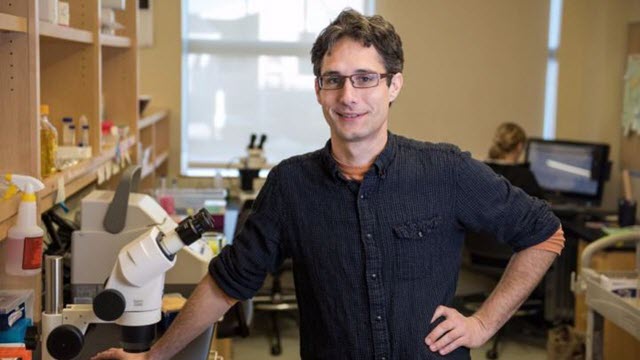 Jarod A. Rollins of the MDI Biological Laboratory in Bar Harbor, Maine, is a lead author of a recent scientific paper that identifies synergistic cellular pathways for longevity that amplify lifespan fivefold in C. elegans, a nematode worm used as a model in aging research. The increase in lifespan would be the equivalent of a human living for 400 or 500 years. The discovery of the synergistic effect opens the door to new, more effective anti-aging therapies.Credit: MDI Biological Laboratory

BAR HARBOR, ME — Scientists at the MDI Biological Laboratory, in collaboration with scientists from the Buck Institute for Research on Aging in Novato, CA, and Nanjing University in China, have identified synergistic cellular pathways for longevity that amplify lifespan fivefold in C. elegans, a nematode worm used as a model in aging research.

The increase in lifespan would be the equivalent of a human living for 400 or 500 years, according to one of the scientists.

The research draws on the discovery of two major pathways governing aging in C. elegans, which is a popular model in aging research because it shares many of its genes with humans and because its short lifespan of only three to four weeks allows scientists to quickly assess the effects of genetic and environmental interventions to extend healthy lifespan.

The new research uses a double mutant in which the insulin signaling (IIS) and TOR pathways have been genetically altered. Because alteration of the IIS pathways yields a 100 percent increase in lifespan and alteration of the TOR pathway yields a 30 percent increase, the double mutant would be expected to live 130 percent longer. But instead, its lifespan was amplified by 500 percent.

"Despite the discovery in C. elegans of cellular pathways that govern aging, it hasn't been clear how these pathways interact," said Hermann Haller, MD, president of the MDI Biological Laboratory. "By helping to characterize these interactions, our scientists are paving the way for much-needed therapies to increase healthy lifespan for a rapidly aging population."

The elucidation of the cellular mechanisms controlling the synergistic response is the subject of a recent paper in the online journal Cell Reports entitled "Translational Regulation of Non-autonomous Mitochondrial Stress Response Promotes Longevity." The authors include Jarod A. Rollins, PhD, and Aric N. Rogers, PhD, of the MDI Biological Laboratory.

"The synergistic extension is really wild," said Rollins, who is the lead author with Jianfeng Lan, PhD, of Nanjing University. "The effect isn't one plus one equals two, it's one plus one equals five. Our findings demonstrate that nothing in nature exists in a vacuum; in order to develop the most effective anti-aging treatments we have to look at longevity networks rather than individual pathways."

The discovery of the synergistic interaction could lead to the use of combination therapies, each affecting a different pathway, to extend healthy human lifespan in the same way that combination therapies are used to treat cancer and HIV, Pankaj Kapahi, PhD, of the Buck Institute, has said. Kapahi is a corresponding author of the paper with Rogers and Di Chen, PhD, of Nanjing University.

The synergistic interaction may also may explain why scientists have been unable to identify a single gene responsible for the ability of some people to live to extraordinary old ages free of major age-related diseases until shortly before their deaths.

The paper focuses on how longevity is regulated in the mitochondria, which are the organelles in the cell responsible for energy homeostasis. Over the last decade, accumulating evidence has suggested a causative link between mitochondrial dysregulation and aging. Rollins' future research will focus on the further elucidation of the role of mitochondria in aging, he said. 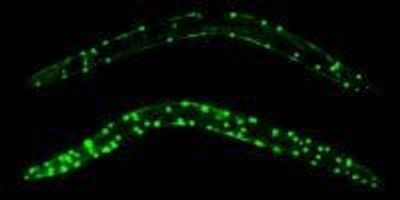 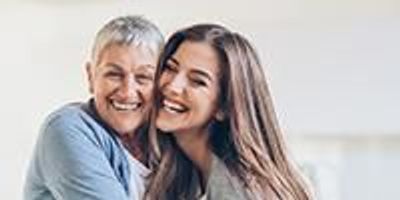 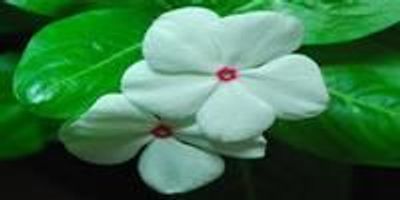 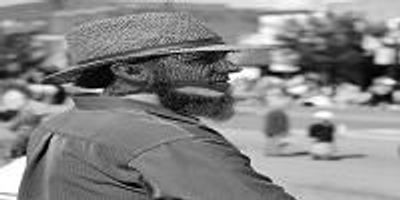