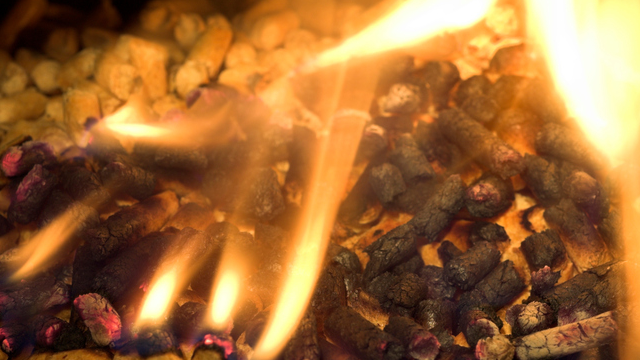 Athens, Ga. — If the U.S. wants to start using wood pellets to produce energy, either the government or power customers will have to pay an extra cost, a new University of Georgia study has found.

Wood pellets are used heavily in European power plants because of a mandate to cut fossil fuel emissions, Mei said, but that energy production is heavily supported by government subsidies.

Should U.S. energy providers switch to a "co-firing" method-where a power plant burns both coal and wood pellets, switching between the two-they'd pass on the costs to not only convert to co-firing plants, but also to buy the pricier wood pellets. If a government subsidy won't pay for the extra costs, Mei said, then consumers would have to pick up the tab.

In the U.S., power plants have traditionally used coal to produce electricity, but coal emits high levels of carbon dioxide and other pollutants. The European Union has taken the lead on worldwide efforts to switch to burning biomass instead of coal, while the U.S.'s Clean Power Plan aims to lower the country's carbon dioxide emissions from power plants by 32 percent from the recorded 2005 levels within the next 25 years. Right now, the U.S. is exporting about 4.8 million tons of wood pellets to Europe to help them meet their power demands.

Although European companies have converted, U.S. electricity producers can't simply abandon their coal-fired plants, Mei said. The plants are designed to last decades and are built at significant costs. But they can be modified to burn some biomass, and wood pellets are one of the easiest things to switch to, he said.

Mei and Wetzstein looked at the fluctuating coal and wood pellet prices and incorporated price uncertainty and conversion cost into decision making.

In other words, a decline in wood pellet price may not immediately trigger the adoption of mixed fuel of a power plant because of the conversion cost. This is known as the "inertia effect" in financial economics, but government interventions can change this situation.

They found that producing power with a mixture of coal and wood pellets simply isn't a "commercially viable option in most cases," Mei said. Based on historical price data, "the price pairs fall into the switch-to-coal region, meaning that it is not economical to co-fire wood pellets with coal because the mixed fuel cost increases with the share of wood pellets."

Mei said they found that there would be times when converting plants to co-fire with wood pellets would be triggered, and all of the scenarios would require either a government subsidy or an extra fee charged to power customers.

The government would have to pay $8 billion to prompt power plants to convert to using both coal and wood pellets, and $2.7 billion to retain current co-firing power plants, Mei said.