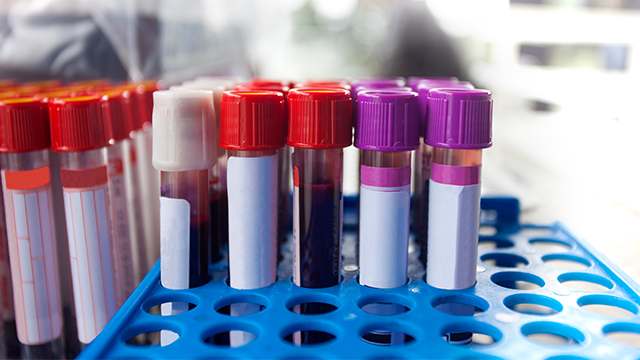 WASHINGTON, DC — Blood tests could replace menstrual periods as a gauge for when a women is nearing menopause, according to new research published in the Endocrine Society's Journal of Clinical Endocrinology & Metabolism.

The study found measuring levels of anti-Müllerian hormone (AMH) can predict when a woman's final menstrual period will occur. AMH serves as an indicator of how many eggs a woman has remaining. Women are born with their lifetime supply of eggs, and the supply decreases as women approach menopause.

"Establishing a way to measure time to the final menstrual period has long been the holy grail of menopause research," said co-lead author of the paper Nanette Santoro, MD, of the University of Colorado Medical School in Aurora, CO. "Using bleeding patterns or previously available tests to predict the time to menopause can only help us narrow the window to a four-year period, which is not clinically useful. Women can make better medical decisions with the more complete information offered by new, more sensitive anti-Müllerian hormone measurements."

For women who are determining whether to have surgery to manage fibroids or whether it is safe to stop using birth control, having an AMH measurement can provide additional information about the timing of menopause, Santoro said. A low AMH level in a woman who is more than 48 years old indicates that menopause is likely approaching.

The prospective longitudinal cohort study was part of the Study of Women's Health Across the Nation (SWAN). Researchers analyzed blood tests conducted on 1,537 women between the ages of 42 and 63. The long-term SWAN study monitored changes in the women's health as they went through the menopausal transition. For this study, participants' blood samples were tested for AMH levels as well as follicle-stimulating hormone, another reproductive hormone.

Researchers used a more sensitive test than what has been available previously to measure the participants' AMH levels. This process made it possible to predict the final menstrual period's timing within 12 to 24 months in women in their late 40s and early 50s.

"Researchers have long thought AMH would be a superior marker of the time to menopause, but tests haven't been sensitive enough to detect the very, very low levels that occur in the year or two leading up to menopause," said co-lead author Joel S. Finkelstein of Massachusetts General Hospital in Boston, MA. "It took a cohort like the Study of Women's Health Across the Nation (SWAN), which followed the same women year after year from well before menopause until well after, to get the kind of data necessary to be able to demonstrate the predictive value of AMH."