Researchers discovered that a specific brain region monitors food preferences as they change across thirsty and quenched states. By targeting neurons in that part of the brain, they were able to shift food choice preferences from a more desired reward (think: chocolate cake) to a less tasty one (think: stale bread).

Their findings, published in the journal Science Advances, built upon the same team’s discovery two years ago that neural activity in this brain region called the ventral pallidum is related to the preference for different food options.

Working with rats, the researchers were able to demonstrate that this same area of the brain is tracking and updating food preferences in ways that shifted as physiological states progressed from extremely thirsty to happily quenched.

“Your brain has to weigh different possible outcomes or options in order to make good decisions that are necessary for survival,” said Patricia Janak, senior author and Bloomberg Distinguished Professor of Psychological and Brain Sciences and Neuroscience at Johns Hopkins University. “We knew the ventral pallidum is involved in that process. Exactly how the neurons there do that was still a bit of a mystery, especially in real time when the best decision for you to make right now can change based on your state.”

David Ottenheimer, lead author and a former Johns Hopkins doctoral student who is now at the University of Washington, said he devised the research to determine how the neurons in the ventral pallidum reacted as food preferences shifted due to changes in physiological states such as third and hunger.

To study the question, researchers gave thirsty rats two options to choose from by selecting one of two levers. One lever provided plain water, the other a well-liked sugar water.

At the same time the team was monitoring the brain activity and found that the neurons reflected the rats’ choices for each reward.

Remarkably, in a separate test, the researchers were able to artificially manipulate the ventral pallidum neurons to force a shift in preference from the more desired sugar water to a less desirable flavor.

“We hypothesize that the ventral pallidum neurons that are tracking our preferences may actually be involved in forming the choices we make when faced with food decisions,” Ottenheimer said. “In the future, ventral pallidum may be a good therapeutic target to change our decision-making processes.”

“These same circuits are responsible for choices made in addiction,” Janak said. “So the knowledge we gain here can help in understanding how we prioritize drugs over other rewards.” 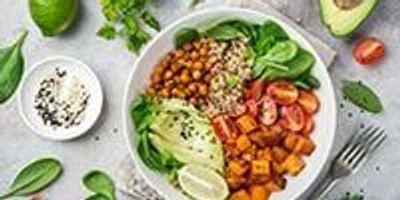