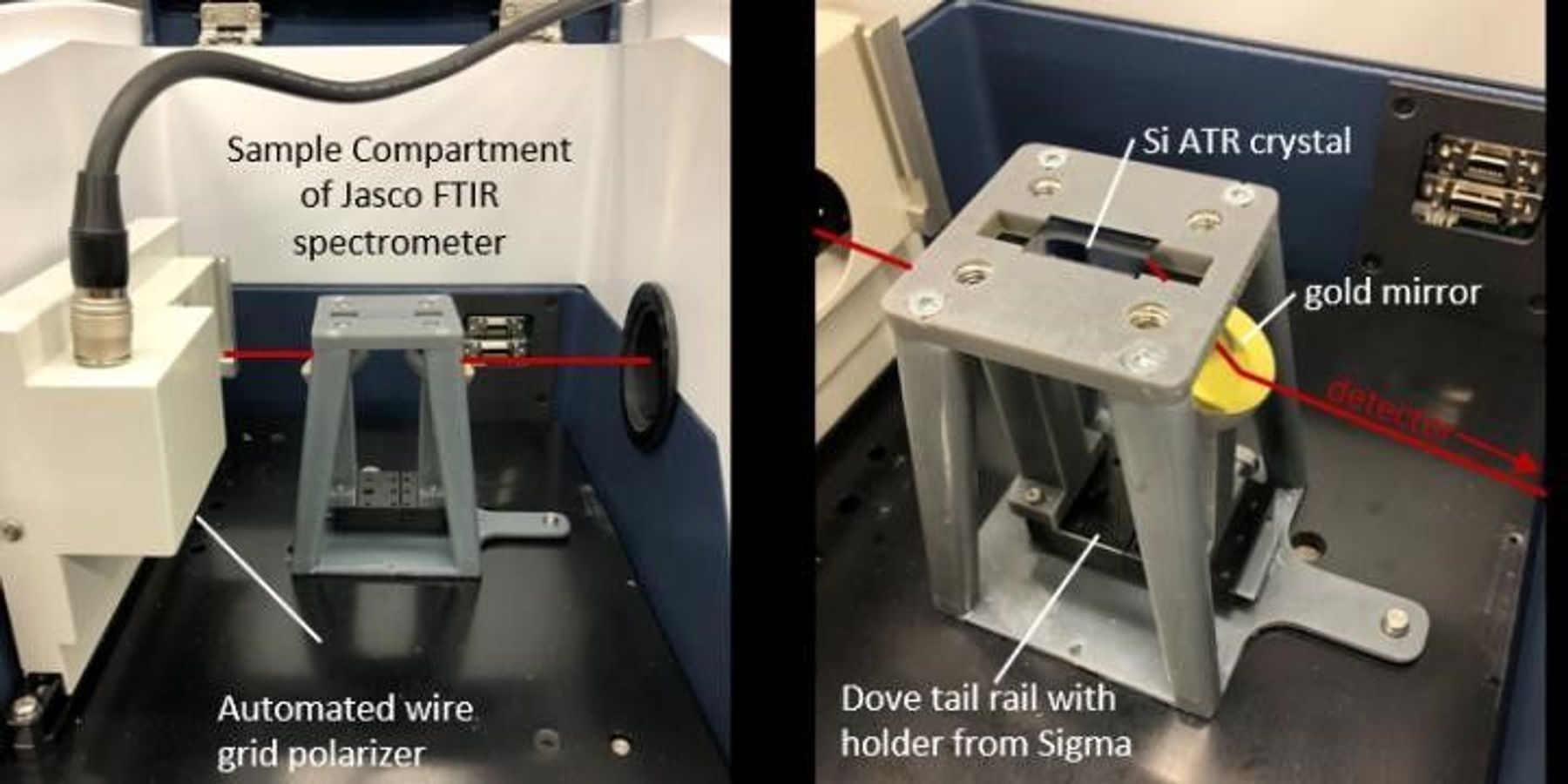 "Any problem can be solved with a little ingenuity." While they may not be the originators of this quote, recent work from researchers at Osaka Prefecture University (OPU) into understanding the molecular orientation of hybrid thin film material is a concrete example of its central message.

"We wanted everyone to have access to this knowledge," states research lead professor Masahide Takahashi of the OPU Graduate School of Engineering. Using laboratory-grade equipment with 3D printable optical setups, his research group has established an easy, versatile, yet highly sensitive approach to identify the orientation of molecules and chemical bonds in crystalline organic-inorganic hybrid thin film deposited on a substrate as small as 10 nm, "even film with three molecular layers," continues Takahashi. Their work was published on June 18th in Chemical Science.

The equipment they used was a spectrometer that employs a technique called Fourier transform infrared spectroscopy (FT-IR) and polarized infrared light with an originally designed 3D-printed attenuated total reflectance (ATR) unit. FT-IR spectrometers are found in most laboratories in part because they show what molecules are found in a sample—but they have not been able to reveal the three-dimensional orientation of these molecules relative to the substrates. This is important to the manufacturing of thin film devices that can be nanometers in size, as an unpredicted shift in molecular orientation at that level can cause the entire structure of the device to break down.

Conventionally, in FT-IR spectroscopy in transmission configuration, infrared light penetrates from the top of the sample like a skewer. This narrow point of entry and exit does not allow the sample enough interaction with the light to excite the molecules in their chemically bonded states.

"We realized that by re-orienting the sample, we could introduce polarized light directly into the substrate of the thin film, generating an evanescent wave that heats up the sample, exciting certain molecules and betraying their orientation," states Bettina Baumgartner, a visiting researcher on the team, "we just needed a new kind of sample interface," adds associate professor Kenji Okada. This is where the team designed a brand-new ATR optical setup that bounces polarized infrared light through the entirety of the sample substrate allowing the team to observe the vibration of all molecules aligned with the electric field component of the infrared light, revealing their orientation. Any lab with a 3D printer can make these ATR optical setups.

This method, which the team used to obtain the structural information of metal-organic framework thin film with a degree of crystal orientation comparable to X-ray structural analysis, is expected to be a useful method in many situations in materials science, such as where orientation control is linked to controlling physical properties, the functional improvement of porous materials used for CO2 capture, and the development of new heterogeneous catalysts.