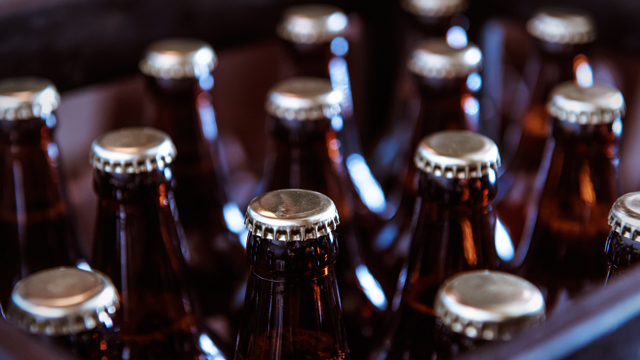 Unlike wine, which generally improves with time, beer does not age well. Usually within a year of bottling, the beverage starts to develop an unpleasant papery or cardboard-like flavor that drinkers describe as "stale." Now, researchers reporting in ACS' Journal of Agricultural and Food Chemistry have engineered lager yeast to make more molecules that protect beer against staling, resulting in improved flavor stability.

Scientists have linked stale beer flavors to aldehyde compounds, such as (E)-2-nonenal and acetaldehyde. Many of these compounds are produced by yeast during fermentation, and chemical reactions during beer storage can increase their levels. Brewers have tried different approaches to reduce levels of these compounds, such as controlling the fermentation conditions or adding antioxidants, but staling remains a problem for the beer industry. That's why Qi Li and colleagues wanted to genetically modify lager yeast to produce more of a molecule called NADH. Extra NADH could boost the activities of natural yeast enzymes that change aldehydes into other types of compounds that don't contribute to a stale flavor, the researchers reasoned.

The researchers used a genetic technique called "overexpression," in which they artificially increased the levels of various genes related to NADH production. With this method, they identified four genes that, when overexpressed, increased NADH levels. The team found that beer from the overexpressing yeast contained 26.3-47.3 percent less acetaldehyde than control beer, as well as decreased levels of other aldehydes. In addition, the modified strains produced more sulfur dioxide, a natural antioxidant that also helps reduce staling. Other flavor components were marginally changed. This approach could be useful for improving the flavor stability and prolonging the shelf life of beer, the researchers say.