Researchers at Berkeley Lab’s Molecular Foundry created upconverting nanoparticles (UCNPs) from nanocrystals of sodium yttrium fluoride (NaYF4) doped with ytterbium and erbium that can be safely used to image single proteins in a cell without disrupting the protein’s activity.Image credit: Andrew MuellerThe term a “brighter future” might be a cliché, but in the case of ultra-small probes for lighting up individual proteins, it is now most appropriate. Researchers at the U.S. Department of Energy (DOE)’s Lawrence Berkeley National Laboratory (Berkeley Lab) have discovered surprising new rules for creating ultra-bright light-emitting crystals that are less than 10 nanometers in diameter. These ultra-tiny but ultra-bright nanoprobes should be a big asset for biological imaging, especially deep-tissue optical imaging of neurons in the brain.

Working at the Molecular Foundry, a DOE national nanoscience center hosted at Berkeley Lab, a multidisciplinary team of researchers led by James Schuck and Bruce Cohen, both with Berkeley Lab’s Materials Sciences Division, used advanced single-particle characterization and theoretical modeling to study what are known as “upconverting nanoparticles” or UCNPs. Upconversion is the process by which a molecule absorbs two or more photons at a lower energy and emits them at higher energies. The research team determined that the rules governing the design of UCNP probes for ensembles of molecules do not apply to UCNP probes designed for single-molecules.

“The widely accepted conventional wisdom for designing bright UCNPs has been that you want to use a high concentration of sensitizer ions and a relatively small concentration of emitter ions, since too many emitters will result in self-quenching that leads to lower brightness, says Schuck, who directs the Molecular Foundry’s Imaging and Manipulation of Nanostructures Facility. “Our results show that under the higher excitation powers used for imaging single particles, emitter concentrations should be as high as possible without compromising the structure of the nanocrystal, while sensitizer content can potentially be eliminated.”

Proteins are one of the fundamental building blocks of biology. The cells that make up tissues and organs are constructed from assemblies of proteins interacting with other biomolecules, while other proteins control nearly every chemical process inside a cell. Studying the location, assembly, and movement of specific proteins is essential for understanding how cells function and what goes wrong in diseased cells.  Scientists often study proteins within cells by labeling them with light-emitting probes, but finding probes that are bright enough for imaging but not so large as to disrupt the protein’s function has been a challenge. Fluorescent organic dye molecules and semiconductor quantum dots meet the size requirements but impose other limitations.

“Organic dyes and quantum dots will blink, meaning they randomly turn on and off, which is quite problematic for single-molecule imaging, and will photobleach, turn-off permanently, usually after less than 10 seconds under most imaging conditions,” Schuck says.

Five years ago, Cohen and Schuck and their colleagues at the Molecular Foundry synthesized and imaged single UCNPs made from nanocrystals of sodium yttrium fluoride (NaYF4) doped with trace amounts of the lanthanide elements ytterbium, for the sensitizer ions, and erbium, for the emitter ions. These UCNPs were able to upconvert near-infrared photons into green or red visible light, and their photostability makes them potentially ideal luminescent probes for single-molecule imaging.

“Cells don’t naturally contain lanthanides, so they don’t upconvert light at all, which means we can image without any measurable background,” Cohen says. “And we can excite with near-infrared light, which is a lot less damaging to cells than visible or ultraviolet light. These are great properties, but to make our UCNPs more compatible with cellular imaging, we had to develop new synthetic methods to make them smaller.”

However, when Foundry scientists shrunk UCNP size, following the conventional design rules, they found that loss of brightness became a major issue. UCNPs smaller than 10 nanometers were no longer bright enough for single molecule imaging. This prompted the new study, which showed that factors known to increase brightness in bulk experiments lose importance at higher excitation powers and that, paradoxically, the brightest probes under single-molecule excitation are barely luminescent at the ensemble level.

“This discovery came about really as a consequence of the multidisciplinary collaborative environment at the Molecular Foundry,” says Daniel Gargas, co-lead author of the Nature Nanotechnology paper. “By utilizing our daily contact and friendships with scientists throughout the Foundry, we were able to perform highly advanced research on nanoscale materials that included the study of single-molecule photophysics, the ability to synthesize ultra-small upconverting nanocrystals of almost any composition, and the advanced modeling/simulation of UCNP optical properties. There aren’t many facilities in the world that can match this collaborative atmosphere with such high levels of scientific characterization.”

The Molecular Foundry is one of five DOE Nanoscale Science Research Centers (NSRCs) dedicated to interdisciplinary research at the nanoscale. The Foundry is hosted at Berkeley Lab.Photo credit: Roy Kaltschmidt, Berkeley LabUCNPs make use of sensitizer ions, such as ytterbium, with relatively large photon absorption cross-sections, to absorb incoming light and transfer this absorbed energy to emitter ions, such as erbium, which luminesce. The original lanthanide-doped UCNPs contained 20-percent ytterbium and 2-percent erbium, which were believed to be the optimal concentrations for brightness in both bulk and nanocrystals. However, the new Molecular Foundry study showed that for UCNPs smaller than 10 nanometers, the erbium concentration could be raised to 20-percent and the ytterbium concentration could be reduced to 2-percent, or even eliminated for UCNPs approaching five nanometers.

”People often assume that particles that are the brightest at low powers will also be the brightest at high powers, but we found our ultra-small UCNPs to be a classic tortoise-and-hare example,” says Emory Chan, the other co-lead author of the Nature Nanotechnology paper. “UCNPs heavily doped with erbium start slowly out of the gate, being incredibly dim at low powers, but by the time the laser intensity is cranked up to high power, they have passed up the conventionally doped UCNPs that are the high-flyers at low powers.”

Chan’s computer models predict that the new rules are universal for lanthanide-doped nanocrystal hosts and he is now using the Foundry’s WANDA robot (Workstation for Automated Nanomaterial Discovery and Analysis), which he developed along with co-author Delia Milliron, to create and screen for the best UCNP compositions based on different operation/application considerations and criteria.

In the course of discovering the new rules for designing ultra-small UCNPs, the research team also discovered that complex levels of heterogeneity exist within the emission spectra of these UCNPs. This suggests that emissions from the UCNPs may be originating from only a small subset of the total emitters.

“Future studies may determine how to engineer particles consisting of only these super-emitters resulting in even brighter emissions from ultra-small UCNPs,” Gargas says. 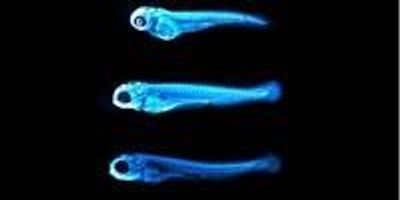 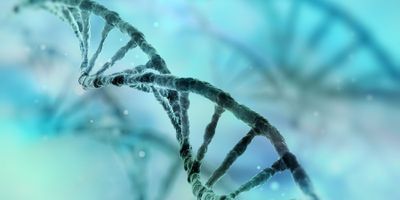 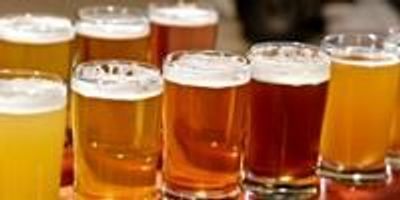 A Brewer's Tale of Proteins and Beer

A Brewer's Tale of Proteins and Beer 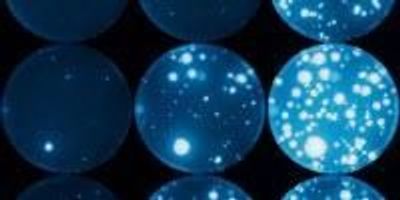 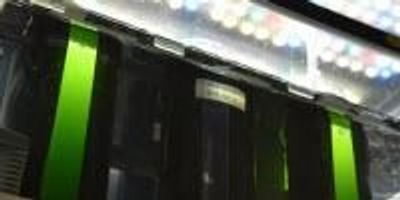 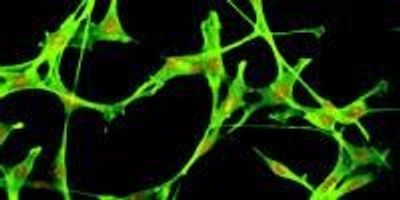 Mussel-Mimicking Adhesive Polymer Shown to Be Non-Toxic to Cells

Mussel-Mimicking Adhesive Polymer Shown to Be Non-Toxic to Cells