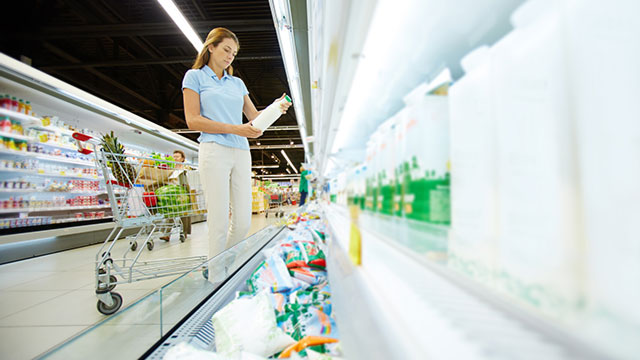 As grocery stores save energy by changing their dairy cases from fluorescent to LED lighting, Cornell researchers have found that milk—particularly skim or fat-free milk—becomes more susceptible to off-flavors from LED light than from standard fluoresence.

To battle bad taste, dairies and grocery stores should consider moving away from plastic packaging that allows light infiltration, the food scientists report in the Journal of Dairy Science, January 2018.

Light-emitting diode (LED) lighting was always assumed to be less damaging to milk due to its lower power consumption, said Robin Dando, assistant professor of food science and a co-author on the research. That assumption seems to be wrong.

“LEDs look good, save retailers money and keep carbon from damaging the environment,” said Dando. “It’s less energy, and we assumed it would be less light energy being channeled into the milk too, but that’s not what we found. The light still really affects the flavor.”

Taste-testing panels noted that LED light impairs fresh flavor properties more than fluorescent. An earlier study also said skim milk’s taste is more affected than 2 percent fat milk; the researchers believe fat offers protection from the light by either making it harder for the light to reach riboflavin and other photosensitive compounds, or may give the milk a flavor of its own that slightly masks the off-note.

“The consumers did not like the slight off-flavor from the light in the 2 percent milk, but they really didn’t like it in fat-free skim milk. It changed much more noticeably,” said Dando.

“We were surprised that LED may be causing sensory changes earlier than fluorescent light,” said Chang. “There has been more research on fluorescent light, but there isn’t much in the literature on LED. We wanted to see the difference between them.”

The researchers found light-protective packaging offered near-complete protection from LED exposure, with a similar flavor profile as milk unexposed to light. However, consumers disliked such packaging’s appearance, likening it to orange juice jugs.

Why does flavor change in the presence of light? Dando speculates that riboflavin and residual chlorophyll in the milk absorbs energy from light, and can release it into the milk, causing changes to proteins and fats that may have off-putting flavor consequences.

The paper, “Exposure to Light-Emitting Diodes May Be More Damaging to the Sensory Properties of Fat-Free Milk Than Exposure to Fluorescent Light,” was funded by the U.S. Department of Agriculture’s National Institute of Food and Agriculture. 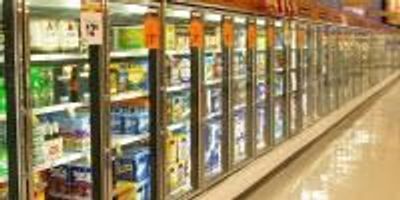