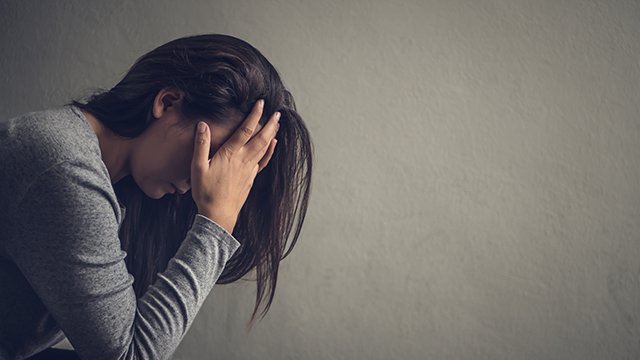 In North America, 20 to 25 percent of women and 18 to 21 percent of men of reproductive age report daily psychological stress. Although previous research has suggested that stress can decrease the odds of conception, few studies have examined this association among couples from the general population.

Now, a new study led by Boston University School of Public Health (BUSPH) researchers finds higher levels of stress are associated with lower odds of conception for women, but not for men.

The study was published in the American Journal of Epidemiology.

"Although this study does not definitely prove that stress causes infertility, it does provide evidence supporting the integration of mental health care in preconception guidance and care," says BUSPH doctoral student Amelia Wesselink, the study's lead author.

The researchers used data from the Pregnancy Study Online (PRESTO), an ongoing preconception cohort of North American pregnancy planners that follows couples for 12 months or until pregnancy, whichever comes first. For the new study, the researchers followed 4,769 women and 1,272 men who did not have a history of infertility and had not been trying to conceive for more than six menstrual cycles.

The researchers measured perceived stress using the 10-item version of the perceived stress scale (PSS), which is designed to assess how unpredictable, uncontrollable, and overwhelming an individual finds their life circumstances. The items referred to the past month, with five response choices ranging from 0 (never) to 4 (very often), up to a total of 40, with a higher total score indicating a higher level of perceived stress. Both partners completed the PSS at baseline, and women also completed the PSS at each bi-monthly PRESTO follow-up. The baseline questionnaires also included a range of demographic and behavioral factors, including race/ethnicity, household income, diet, sleep, and frequency of intercourse.

On average, baseline PSS scores were about 1 point higher among women than men, and the average follow-up PSS scores among women remained fairly constant over the 12 months that they participated in the study.

The researchers found women with PSS scores of at least 25 were 13 percent less likely to conceive than women with PSS scores under 10. This association was stronger among women who had been trying to conceive for no more than two menstrual cycles before joining PRESTO than among women who had been trying for three or more cycles before enrolling. The association was also stronger among women under 35 years old.

The researchers found that, if the link between higher levels of stress and lower odds of conception is a causal association, a small proportion of that association could be due to decreased intercourse frequency and increased menstrual cycle irregularity.

The researchers did not find an association between men's PSS score and the likelihood of conceiving. However, couples in the study were about 25 percent less likely to conceive when the man's PSS score was under 10 and the women's was 20 or higher. The authors wrote that this is the first study to suggest that "partner stress discordance" may affect the likelihood of conception, although the finding was imprecise and speculative.