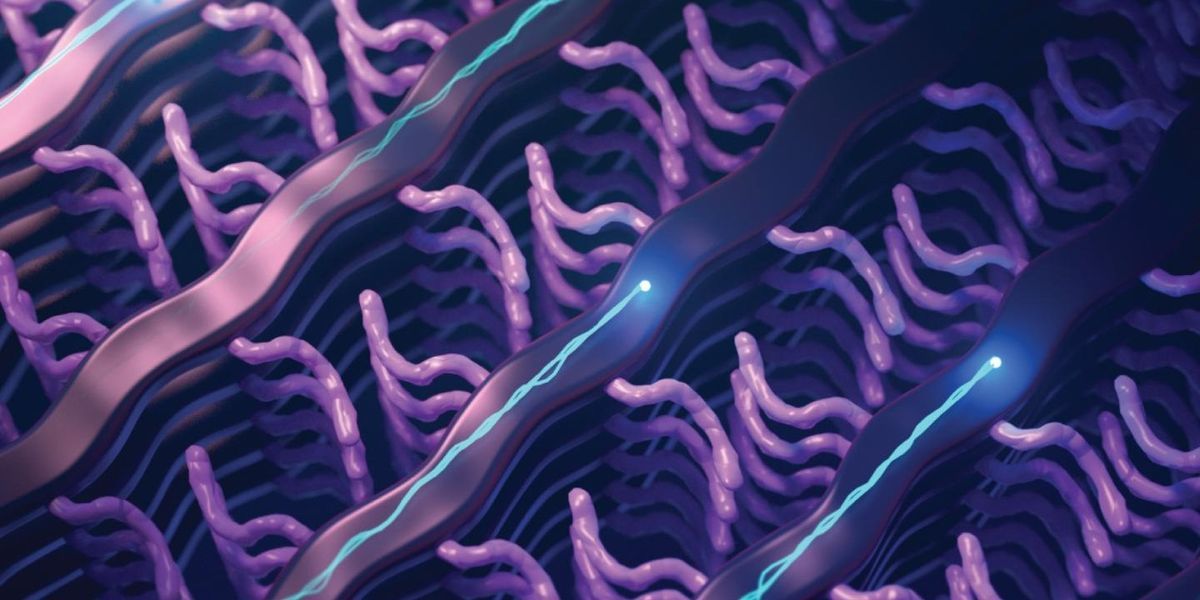 Several critical challenges were overcome to develop the new type of polymer that has great potential for next-generation biosensors.
2021 KAUST; Xavier Pita

A new organic (carbon-based) semiconducting material has been developed that outperforms existing options for building the next generation of biosensors. An international research team led by King Abdullah University of Science & Technology (KAUST) is the first to overcome some critical challenges in developing this polymer.

Much research effort is currently expended into novel types of biosensors that interact directly with the body to detect key biochemicals and serve as indicators of health and disease.

"For a sensor to be compatible with the body, we need to use soft organic materials with mechanical properties that match those of biological tissues," says Rawad Hallani, a former research scientist in the KAUST team, who developed the polymer along with researchers at several universities in the US and the UK.

Hallani explains that the polymer is designed for use in devices called organic electrochemical transistors (OECTs). For these types of devices, the polymer should allow specific ions and biochemical compounds to permeate into the polymer and dope it, which in turn can modulate its electrochemical semiconducting properties. "The fluctuation in the electrochemical properties is what we are actually measuring as an output signal of the OECT," he says.

The team had to confront several chemical challenges because even minor changes in the polymer's structure can have a significant impact on performance. Many other research groups have tried to make this particular polymer, but the KAUST team is the first to succeed.

Their innovation is based on polymers called polythiophenes with chemical groups called glycols attached in precisely controlled positions. Learning how to control the locations of the glycol groups in ways not previously achieved was a key aspect of the breakthrough.

"Identifying the right polymer design to fit all the criteria that you are looking for is the tough part," says Hallani. "Sometimes what can optimize the performance of the material can negatively affect its stability, so we need to keep in mind the energetic as well as the electronic properties of the polymer."

Sophisticated computational chemistry modeling was used to help achieve the right design. The team was also aided by specialized x-ray scattering analysis and scanning tunneling electron microscopy to monitor the structure of their polymers. These techniques revealed how the location of the glycol groups affected the material's microstructure and electronic properties.

"We are excited by the progress Rawad made on the polymer synthesis, and we are now looking forward to testing our new polymer in specific biosensor devices." says Iain McCulloch of the KAUST team, who is also attached to the University of Oxford in the UK.

McCulloch says that the research group is now trying to improve the stability of their polymers and the sensors built from them, as they move from laboratory demonstrations toward real world applications.