A fully-automated rat maze built by Technion researchers could help scientists better understand how individuals cooperate, and how this process may go awry in the brains of people with disorders ranging from autism to schizophrenia. 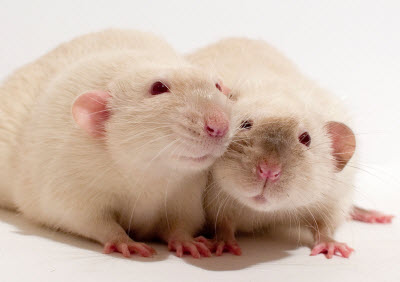 In testing the maze, the Technion researchers noted several important factors in the rats’ cooperation.Photo courtesy of the American Technion SocietyIn the journal Nature Scientific Reports, professor Avi Avital of the Technion-Israel Institute of Technology, and his Technion colleagues Shlomit Aga-Mizrachi and Salman Zubedat, describe how the technologically and behaviorally advanced maze allows them to study how rats cooperate with each other.

“We are also examining the effects of various pharmacological treatments that aim to facilitate social cooperation,” he added.

The maze constructed by the researchers was designed with fully automated features and video tracking to avoid some of the other experimental pitfalls of earlier mazes, such as conditioning processes that may have affected how rats perform in the maze. According to Avital, the innovations reflect “the unique ability of the Technion to integrate science and technology for the benefit of the neurosciences that advances brain research in normal or pathological conditions.”

Their custom-made maze is a black acrylic box divided vertically into two lanes—one for each rat. At the end of each lane, a pump dispenses sugar water to rat pairs that successfully coordinate their movements as they move through three pre-defined virtual zones, within their lane on their way toward the finish line and their sweet treat.

In testing the maze, the Technion researchers noted several important factors in the rats’ cooperation. First, the rats became progressively better at cooperating in the maze during 18 days of training with a partner, and even kept up their success after being paired with a new partner.

They also found that the rats cooperated more successfully when their lanes were separated by a transparent, perforated divider, compared to dividers that sealed off the rats from each other entirely or those that were transparent only. This difference may suggest that the rats cooperate better when they can gather information about their partner through a variety of senses—not just sight but potentially sound, and smell as well.

Prof. Avital and colleagues also noted that other “cues” in the maze lanes—such as stripes or checkerboard patterns painted in different zones—led to worse cooperation between the rats. These contextual cues might have been competing in the brain with the social information that the rats used to work together, the scientists said.

The maze offers several possibilities for new experiments, including tests of social cooperation between four rats, Prof. Avital said. “Moreover, we have behavioral and genetic findings that support our assumption that the social cooperation trait is inherited, and these effects across generations are probably mediated by certain genes,” he said.

The findings could also have implications in the study of Alzheimer’s disease. According to Avital, problems with cooperation and social attentiveness sometimes occur in the earliest stages of Alzheimer’s disease, offering another important reason to focus on how social information is processed by the brain.