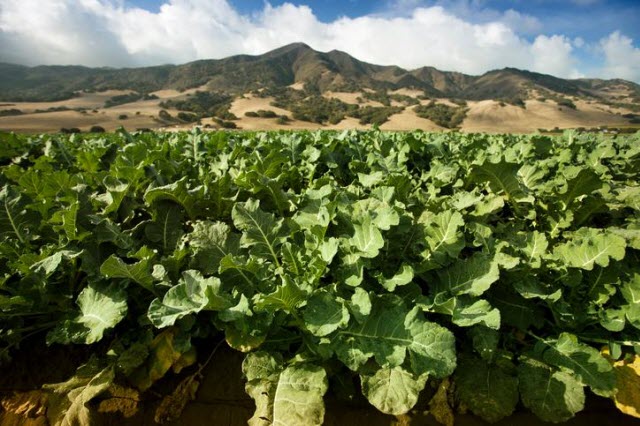 A field of celery grows in the Salinas Valley.Photo Credit: Pgiam/Getty Images

Nitrogen is essential for agriculture but also has health and environmental impacts. The California Nitrogen Assessment, a new report from the Agricultural Sustainability Institute at the University of California, Davis, presents a big picture of the scale and impacts of nitrogen in the state. The report, published by UC Press, offers a scientific foundation to develop practices and policies that balance nitrogen’s benefits and harm.

It’s easy for nitrogen to become too much of a good thing, according to the report, which is the first state-level nitrogen assessment. Excess nitrogen can pollute groundwater and air, and impacts the environment, human health and climate change.

The report shows that excess nitrogen in the state comes primarily from agriculture and fuel combustion.

“This problem was created by all of us,” said lead author Tom Tomich, director of the Agricultural Sustainability Institute at UC Davis. “Nitrogen is an issue that affects and is affected by every Californian.”

The ins and outs of nitrogen in California.Graphic credit: Tom Watts/UC DavisThe seven-year, multi-institutional assessment identifies how much nitrogen enters the state, where it is used, and its eventual fate. It consolidates existing scientific knowledge and weighs options for addressing nitrogen management.

“Many programs in California have been recently put in place to help balance the benefit and harm of nitrogen use,” Tomich said. “The California Nitrogen Assessment hopes to contribute to long-term solutions and we see farmers as the leaders in positive change.”

Each year, about 1.8 million tons of nitrogen enter California. Agriculture represents the largest source of California’s nitrogen imports from synthetic fertilizer, livestock feed, and nitrogen-fixing crops, which pull nitrogen from the air and convert it into a useable plant nutrient.

However, vegetable and fruit crops throughout the state use only half of the nitrogen applied to them on average. For livestock, only about a quarter of the nitrogen in animal feed becomes meat or dairy products. The remaining 75 percent becomes manure, which can emit nitrogen into the air as ammonia, a known air pollutant.

Parts of the state regularly fail to meet federal drinking water standards for nitrates, and previous reports have shown low-income Latino communities in agricultural regions are the most exposed to groundwater nitrate contamination.

Excess nitrogen in the environment can have detrimental impacts on crop yields, native species and biodiversity, as well.

Fossil fuel combustion is responsible for nearly a quarter of the nitrogen coming into the state in the form of nitrogen oxides, which contribute to ozone formation, and ammonia, a component of particulate matter. 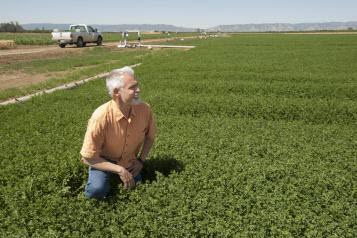 Much of the nitrogen oxides and ammonia produced in California are transported downwind from California, making the state a major exporter of nitrogen air pollution.

Emissions have declined since 1980 as regulations have pushed fuel efficiency advancements, but nitrogen-related air pollutant levels still exceed state recommendations in many areas.

“California has amazing resources to address this issue,” said Rich Rominger, a California farmer and former director of the California Department of Food and Agriculture. “The state has skilled and motivated farmers and a university system that can continue to dive deep into our unanswered questions about nitrogen. California is often looked to as both an agricultural innovator and an example of strong environmental policy. How we deal with nitrogen can enhance our leadership in these areas.”

The California Nitrogen Assessment was funded primarily by the David and Lucile Packard Foundation, as well as by the UC Division of Agriculture and Natural Resources, and the UC ANR Kearney Foundation of Soil Science.

The book is available from UC Press, and summary materials are available at the the Agricultural Sustainability Institute website.