Farmers growing wheat in the relatively arid Northern Plains gamble. They guess how much nitrogen fertilizer to apply to get a high-yield, high-protein harvest. But uncertainties of rainfall and protein content often lead to huge variations in year-to-year income for farmers.

Planting nitrogen-fixing crops, such as peas, in rotation with wheat crops can dramatically reduce this variability, according to recent research by Perry Miller. Miller is an agronomist at Montana State University in Bozeman. 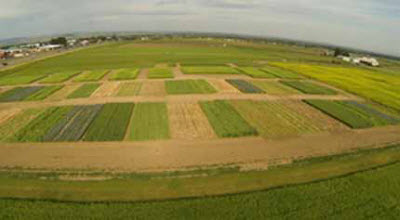 Field study in a ‘setup’ spring crop phase with peas, fallow, and blue flax flowers. The darkest green plots are continuous wheat.Photo credit: Scott SmithNitrogen makes up more than 78% of the earth’s atmosphere. It is key for the building blocks of life, including DNA and proteins. However, major cereal crops, such as corn and wheat, have no way of harnessing atmospheric nitrogen. Instead, they depend on the presence of nitrogen as ammonium or nitrate ions in the soil. To boost levels, farmers apply expensive fertilizers to provide this much-needed nitrogen.

Alternatively, legumes such as beans and peas harbor helpful bacteria in root nodules that harness, or “fix,” atmospheric nitrogen. This makes it available to the host plants. “This is a powerful mechanism to build soil organic nitrogen,” says Miller, “and it has been very economical to grow these leguminous crops.”

Crops like peas are at the center of an income strategy for farmers in southwestern Montana. “A cropping system that is more reliant on soil organic nitrogen fixed by legumes and less reliant on expensive bag fertilizer seems to economically stabilize [farm income] in a very important way,” says Miller.

This uncertainty puts farmers in a conundrum, says Miller. “Do farmers hedge their bets and limit the amount of nitrogen they add, because it’s quite expensive, or do they really go for it and gamble?”

Planting nitrogen-fixing crops like peas reduces the economic uncertainty. By relying less on nitrogen fertilizer and more on nitrogen fixed by pea plants, farmers can decrease the year-to-year variability in their incomes.

Cultivating peas in rotation with wheat also has other benefits. Miller’s research shows an increase in soil carbon content, which can benefit crop yields. Also, increasing the diversity of crops decreases weeds and disease.

Miller is now trying to determine the value of this dual-cropping system in the driest parts of the state, in north central Montana. Early results look promising, but the success or failure of dual cropping peas and wheat in these dry areas will likely depend on long-term weather patterns.

In the relatively moist areas of Montana, rotational cropping of wheat and peas is taking hold. “In 2003 there were less than 50,000 acres of peas being grown in the state,” he says, “but in 2015 875,000 acres were grown, and 2016 is projected to be 1.1 million acres.” The nitrogen-fixing peas are becoming an increasingly important crop in the state, and the entire Northern Plains as well. 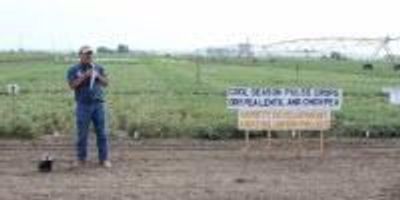 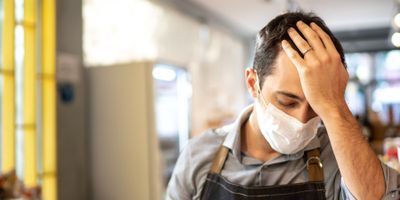 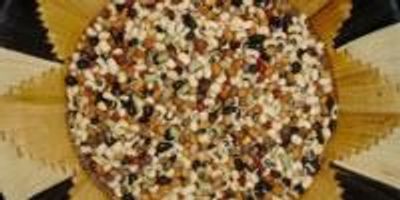 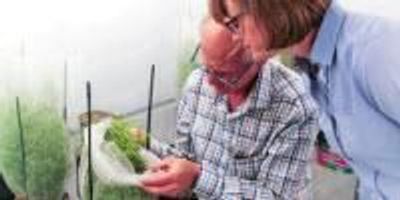 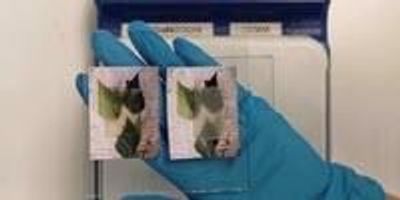