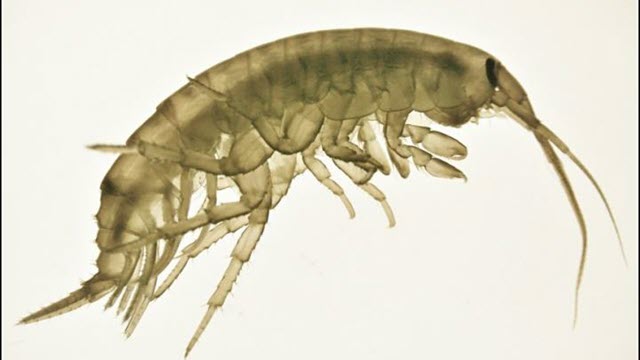 A team of scientists from the University of Portsmouth has developed new scientific tests to better understand the effects of pollution on wildlife behavior.

The field of behavioral toxicology is gaining traction within the environmental sciences with an increasing number of studies demonstrating that chemical exposure can alter animal behavior.

An organism's behavior is fundamentally important to their survival through feeding, finding mates, and escaping predators. Any chemical that could interfere with these responses has the potential to impact the food chain.

Using small shrimp-like crustaceans called amphipods, which are commonly used to monitor environmental toxicology, a team led by Professor Alex Ford and PhD student Shanelle Kohler, have been designing experiments to best answer these questions. In previously determining that these animals prefer to swim away from the light (negative phototaxis) and preferably be touching the sides of the tanks (positive thigmotaxis) they first set about asking whether these preferences could be altered by the size and shape of their testing tanks.

The results from their study, published this month in the journal PeerJ, found that tank size and shape can alter their exploratory behaviors, the time they spent next to a wall (wall-hugging) and the speed at which they swam. In a second set of experiments, the results published in this month's Aquatic Toxicology journal, they wanted to determine whether two closely related species (one marine and one freshwater amphipod) reacted in the same way to a stimulus of light. Interestingly, they found that the two species reacted very differently to a short (two-minute) burst of light.

Professor Ford from the University's Institute of Marine Sciences, said: "These results are really important for us and the scientific community in determining the correct experimental design. If scientists don't give the organisms the space to behave they might not detect the impacts of chemical pollution."

He added: "Environmental toxicologists around the world often use similar processes but not always for the same species for their pollution testing. This could lead to two groups of scientists getting very different results if their study organism are not the same species. For example, a chemical might have the capacity to alter a certain behavior but if two closely related species have subtly different reactions to a stimulus (light for example) then this might mask the impacts of the pollutant."

Shanelle Kohler said: "These results highlight the importance of standardizing behavioral assays, as variations in experimental design could alter animal behavior. It is essential to gather baseline behaviors on your test organism to ensure that they are sensitive to your assay and prevent erroneous interpretations of results, for example is your animal unaffected by your contaminant or are they simply not sensitive to your assay?"

Co-author on the paper Dr Matt Parker, senior lecturer in behavioral pharmacology and molecular neuroscience at the University of Portsmouth, said: "One of the critical issues in scientific ethics is the necessity to choose the least sentient organism possible for use in research. This set of studies has highlighted behavioral diversity in two closely related invertebrate species, suggesting that these organisms may be useful for studying the basis of more complex behaviors, and the potential to study the effects of different drugs on behavioral responses."