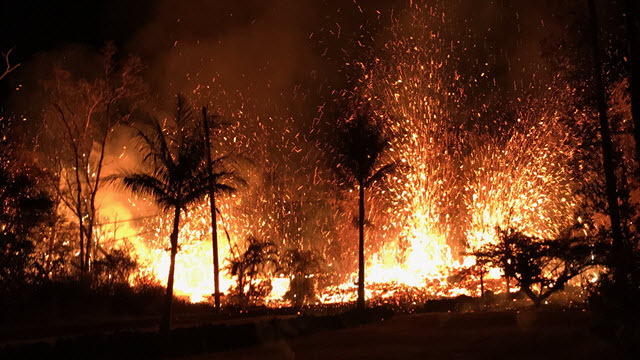 Pressure changes in the summit reservoirs of Kilauea may help explain the number of earthquakes—or seismicity—in the volcano’s upper East Rift Zone.Credit: USGS

UNIVERSITY PARK, Pa. — A volcano will not send out an official invitation when it’s ready to erupt, but a team of researchers suggest that scientists who listen and watch carefully may be able to pick up signs that an eruption is about to happen.

In a study of Hawaii’s Kilauea volcano, the researchers reported that pressure changes in the volcano’s summit reservoirs helped explain the number of earthquakes—or seismicity—in the upper East Rift Zone. This zone is a highly active region where several eruptions have occurred over the last few decades, including a spectacular one in 2018.

“We are interested in looking at the mechanisms that trigger seismicity at a very active and dynamic volcano, like Kilauea Volcano in Hawaii,” said Christelle Wauthier, assistant professor of geosciences and Institute for CyberScience co-hire, Penn State. “There are several physical processes that can drive seismicity and, in this study, we were trying to find out which one was the most likely.”

According to Wauthier, the pressure changes that occur in the summit reservoir—an underground chamber hosting hot magma—causes stresses in the rocks and ground that surround the magma, even not at its immediate proximity. These stress changes can trigger small magnitude volcano-tectonic earthquakes, most of the time imperceptible to humans but that are picked up by the sensitive seismic equipment that monitor the volcano. This seismic activity, then, may better predict magma movements and resulting eruptions.

The researcher’s work challenges a previous theory that suggested the seismic activity in the rift zone was being triggered by the volcano’s gradual slip toward the sea. The southern flank of Kilauea is gradually moving toward the ocean at about six centimeters a year.

While most people picture volcanoes violently erupting at their summits, Kilauea is different because its sprawling system of underground tunnels and chambers where magma flows results in eruptions that can happen at various points miles from its summit. When magma travels out of these chambers and onto the Earth’s surface, it is called lava.

“Underneath, there is a conduit system that is extremely long—we’re talking 20 miles or so,” said Wauthier. “And it’s just like the plumbing in a house. A volcano’s plumbing system can be plugged up or blocked and that just might lead to an eruption.”

By better understanding the forces that are triggering seismicity, scientists monitoring seismic activity at other volcanoes could predict future eruptions more accurately, according to the researchers, who reported their findings in a recent issue of Geology. Because Kilauea is one of the world’s most closely and densely monitored volcanic systems, it serves as a living laboratory to study volcanic activity that can be applied to study other volcanoes, added Wauthier, who worked with Diana C. Roman, staff scientist, Carnegie Institution for Science, and Michael P. Poland, scientist-in-charge, Yellowstone Volcano Laboratory, U.S. Geological Survey.

“While there are only a few volcanoes that are as highly instrumented as Kilauea, which has a super-dense seismic network and GPS, so it’s very well-monitored, but other volcanoes are not monitored like that,” said Wauthier. “However, for volcanoes that have good seismic networks—and there are many of them—you can apply the exact same approach as this one to look if your volcano-tectonic seismicity—these small earthquakes—are due to magma being injected into a magma reservoir, or due to something else.”

The team used both seismic and satellite imagery data from mid- to late-2007 for the study. Seismic analysis was conducted with data collected on the upper East Rift Zone from the U.S. Geological Survey Hawaiian Volcano Observatory (HVO). Using information from global positioning satellites, also collected by HVO, the researchers were also able to analyze physical changes to the mountain’s shape and paying particular attention to ground surface deformations at the summit. They then looked at how these factors correlated with models of the stress changes caused by inflations and deflations of the summit reservoir.

By carefully analyzing movements to a volcano’s summit reservoir, researchers may be able to better predict when and where eruptions are likely to occur, then, according to the researchers. However, more work needs to be done, said Wauthier. Future research plans include looking at seismic activity and ground deformation data from other time periods of the volcano.

“We’ve been looking at the period in 2007, but that’s just a subset,” said Wauthier. “We could imagine just looking at a longer time period where we have other inflation-deflation events happening and see if we still conclude that same thing that it’s magma reservoir inflating that triggers the seismicity. It is likely that over the course of a long-term eruption like the 1983-2008 one, things are changing.” 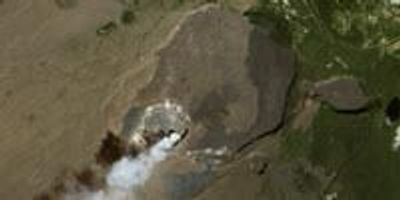 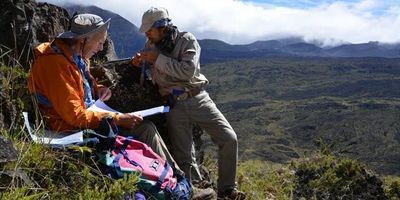 ‘Paperless’ Research to be Highlighted at International Conference

‘Paperless’ Research to be Highlighted at International Conference