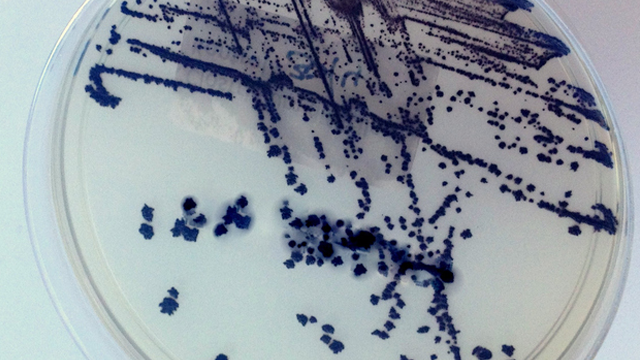 PHILADELPHIA — Intestinal infection with the bacterium Clostridium difficile is the most frequent healthcare-linked infection in the United States. Each year it afflicts about half a million Americans, causes tens of thousands of deaths, and costs the nation’s healthcare system an estimated $5 billion. Now researchers from the Perelman School of Medicine at the University of Pennsylvania have found evidence that the most difficult C. difficile cases, known as multiple recurring C. difficile infections (mrCDI), are rapidly becoming more common.

In an analysis of a large, nationwide health insurance database, the Penn researchers determined that the annual incidence of mrCDI increased by almost 200 percent from 2001 to 2012. During the same period the incidence of ordinary CDI increased by only about 40 percent. The study results were published in the Annals of Internal Medicine.

The precise mix of reasons for the sharp rise in mrCDI’s incidence is so far unknown. But the authors say the finding clearly points to an increased burden on the healthcare system, including increased demand for new treatments for recurrent CDI. The most promising of these new treatments, fecal microbiota transplantation—the infusion of beneficial intestinal bacteria into patients to compete with C. difficile—has shown good results in small studies, but hasn’t yet been thoroughly evaluated. 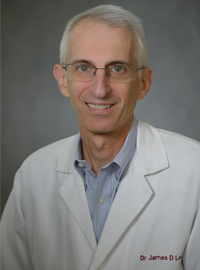 James D. Lewis, MD, MSCE Photo courtesy of the Perelman School of Medicine at the University of Pennsylvania“The increasing incidence of C. difficile being treated with multiple courses of antibiotics signals rising demand for fecal microbiota transplantation in the United States,” said study senior author James D. Lewis, MD, MSCE professor of Gastroenterology and senior scholar in the Center for Clinical Epidemiology and Biostatistics. “While we know that fecal microbiota transplantation is generally safe and effective in the short term, we need to establish the long term safety of this procedure.”

In their analysis of CDI trends, the researchers made use of a commercial database with records on more than 40 million U.S. patients enrolled in private health insurance plans. Cases of CDI were considered to have multiple recurrences when doctors treated them with at least three closely spaced courses of CDI antibiotics.

Compared to CDI patients whose infections cleared up after just one or two courses of therapy, patients with mrCDI were older (median age 56 vs. 49), more likely to be female (64 percent vs. 59 percent), and more likely to have been exposed, before their CDI, to medications such as corticosteroids, proton-pump inhibitors, and antibiotics.

The rapid rise in the incidence of mrCDI may be due in part to Americans’ increasing use of such drugs. However, according to Lewis, it is likely that other causes are also involved.

“An additional driver of this rise in incidence could be the recent emergence of new strains of C. difficile, such as NAP1, which has been shown to be a risk factor for recurrent CDI,” he said.

C. difficile can encapsulate itself within hardy spores, making it relatively resistant to normal sterilizing procedures. It is notorious for spreading among vulnerable patients within hospitals. Infection causes diarrhea and severe gut inflammation, and can lead to fatal blood infections (sepsis), especially among the elderly. The antibiotics metronidazole, vancomycin, and fidoxamicin are commonly used to treat CDI, but recurrence after initial treatment happens in roughly a third of cases.

Because C. difficile appears to thrive in people whose normal, healthy gut bacteria have been killed off or diminished, gastroenterologists recently have begun using fecal microbiota transplantation (FMT) as an alternative to antibiotics for recurrent CDI. Long used in veterinary medicine, FMT involves infusions of fecal matter from healthy intestines. The aim is to help restore a normal gut bacteria population in the patient and thereby discourage C. difficile growth.

A small study in 2013 found that a single FMT infusion cleared up C. difficile diarrhea in 81 percent of the recurrent-CDI patients who received it, whereas a standard treatment with the antibiotic vancomycin worked for just 31 percent of patients. Lewis notes that despite such promising results, more needs to be known about FMT’s long-term safety—and the fast-rising incidence of mrCDI underscores this need.

The American Gastroenterological Association recently set up a formal registry for doctors to report their results with FMT procedures. “It’s a way in which practitioners who are performing fecal microbiota transplantation can contribute data to help answer these critical questions,” Lewis said.

The lead author of the study was Gene K. Ma, MD, a postdoctoral fellow of Gastroenterology. Other Penn co-authors include Colleen Brensinger and Qufei Wu. 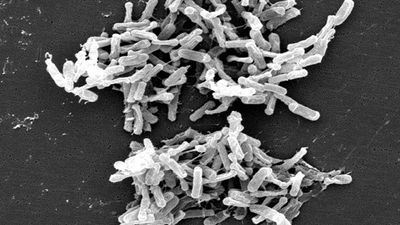 How Hospitals Are Fighting Against C. difficile

How Hospitals Are Fighting Against C. difficile 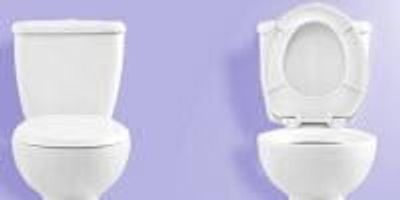 Why Fecal Transplantation Is No Joke

Why Fecal Transplantation Is No Joke