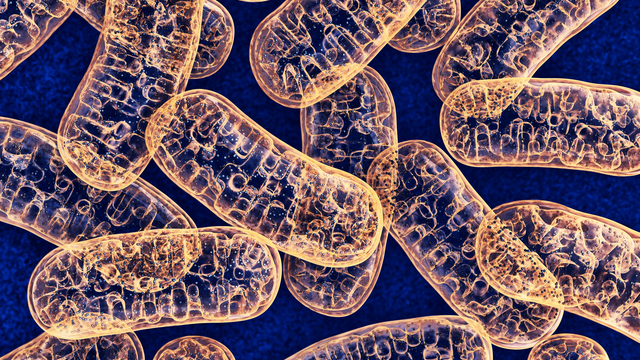 LA JOLLA, CA — March 14, 2018 — Scientists at The Scripps Research Institute (TSRI) have discovered a new pathway in cells that promotes mitochondrial function during times of stress, a response that can guard against disease as we age.

In response to stress, rather than churn out misshapen proteins, our cells activate protective pathways that take an even more dramatic response—shutting down protein production entirely. Researchers show that along with this shutdown comes an odd change in shape of organelles called mitochondria, which are responsible for generating cellular energy. Instead of looking like tiny lima beans, mitochondria start to stretch out like noodles.

"Just a couple hours of not making proteins seems to be enough to remodel the mitochondria, and they can stay that way for hours," says Luke Wiseman, PhD, associate professor at TSRI and senior author of the new study, published this week in the journal Cell Reports. "That seems to be a protective way to promote mitochondrial function during the early stages of stress."

The new study offers a closer look at a stress-response pathway in cells called the Unfolded Protein Response (UPR). The UPR has several "branches" that regulate different cellular functions. The Wiseman lab focuses on how stress in a compartment of cells called the endoplasmic reticulum (ER) affects mitochondrial shape and function.

An important player in this response is a sensor/initiator of the UPR called PERK. Wiseman describes the PERK branch as a finely tuned signaling pathway. Without enough PERK signaling, the mitochondria can go haywire in times of stress and significantly challenge cellular function. But if this pathway is hyperactivated, the cell self-destructs.

As we age however, it becomes difficult for the system to maintain this balance. "When you're older, little problems can become bigger problems because the PERK pathway isn't as good at responding," Wiseman says.

The next question for the team was whether this shutdown and remodeling was helping or hurting cells. The mitochondria's main role is to produce energy for the cell, so the researchers measured energy output to see how well mitochondria were functioning after cells experienced ER stress.

They found that shutting down protein production and remodeling the mitochondria did make a difference. "We were able to able to show a protective effect, where mitochondrial energy production was protected due to increased mitochondrial length" says Justine Lebeau, PhD, research associate at TSRI and co-first author of the study.

The researchers suspect that this whole system evolved to give cells a way to respond to stress very quickly, when they just don't have time to make a batch of protective proteins.

Wiseman thinks defects in PERK sensitivity/activation caused by aging or mutations might hinder this protective regulation of mitochondria. He says defects in PERK signaling are implicated in many diseases that also include mitochondrial dysfunction, such as diabetes, heart disease, and neurodegenerative disorders such as Alzheimer's and Parkinson's disease. He hopes the new work could point to a way to target this aspect of PERK signaling to correct mitochondria defects that cause disease.