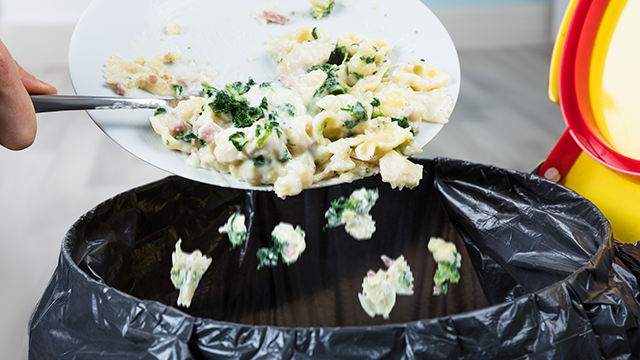 According to previous studies, feeding urban populations—from producing food to transporting it, to refrigeration and cooking meals, and finally to tossing leftovers—accounts for 20 to 30 percent of global greenhouse gas emissions. This large contribution makes the food system a prime target when researchers and policymakers are looking for ways to reduce cities’ carbon footprints. Conversations around this idea have focused primarily on the agricultural production side of the equation. But Eugene Mohareb and colleagues wanted to see what would happen if they reframed the issue from the urban consumption standpoint.

Related Article: Clean Plates Much More Common When We Eat at Home

Building off of a review of diet-related emissions conducted by one of the members of the team, the researchers pooled data from a variety of sources to estimate emissions related to different components of the U.S. food system, including transportation, processing and waste disposal methods. They then estimated how changes in specific urban consumption practices could reduce these emissions. Interestingly, they found that increasing urban agriculture to occupy half of the vacant land in cities would reduce food-related emissions by only one percent. But switching from fossil fuel-based electricity to carbon-free energy sources would slash food-related emissions by at least 18 percent; reducing retail and consumer food waste by half would decrease emissions by 11 percent; and replacing a quarter of total beef consumption with chicken would drop emissions by six percent.

The authors acknowledge funding from the Natural Sciences and Engineering Research Council of Canada.

The American Chemical Society is a not-for-profit organization chartered by the U.S. Congress. ACS is the world’s largest scientific society and a global leader in providing access to chemistry-related research through its multiple databases, peer-reviewed journals and scientific conferences. ACS does not conduct research, but publishes and publicizes peer-reviewed scientific studies. Its main offices are in Washington, D.C., and Columbus, Ohio.